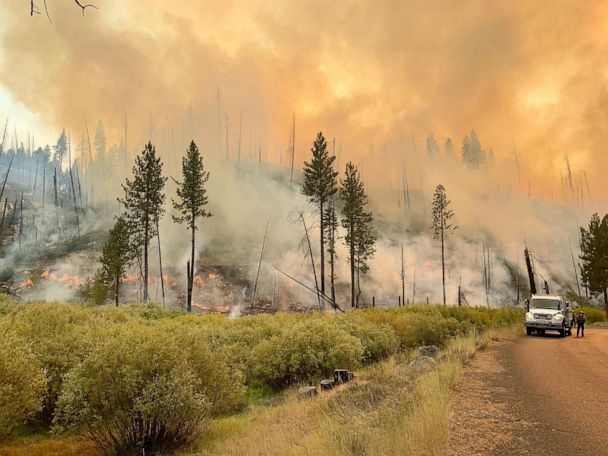 A Canadian woman could be the first patient to be diagnosed as suffering from “climate change” after doctors said heatwaves and poor air quality brought on acute breathing problems.

The elderly woman has an underlying condition of asthma, but the doctors who examined her said heatwaves and poor air quality are to be blamed for her health condition. The Times Colonist, a Canadian daily reported one of the consulting doctors, Dr Kyle Merritt, said this was the first time in over a decade he used the phrase climate change while writing the patient's diagnosis.

The patient was treated during the hottest heatwave in Canadian history in June when temperatures reached 49.5C and almost 500 people were killed. It was soon followed by wildfires leading to smog-filled skies deteriorating the weather further. The air quality worsened over 40 times more than what is normally acceptable for the next 2-3 months, reports say.

As more patients arrived with heat stroke and other heat-related illnesses, doctors had to find ways to withstand the increasing pressure on hospitals in the area. After that, the doctor in the emergency room contacted the doctors in other hospitals and found that the situation was worse than expected. Heat waves were not the only cause of death in the region, as wildfires polluted breathable air and filled it with suspended particulate matter PM 2.5. “If we’re not looking at the root cause and just treating the symptoms, we’ll be lagging behind,” Dr. Merritt told Glacier Media.

“She has diabetes. She has some heart failure...She lives in a trailer, no air conditioning,” Merritt said of the patient. “All of her health problems have all been worsened. And she’s really struggling to stay hydrated", Dr Merritt said.

“I don’t think people realize the impacts of environmental degradation and climate change on human health,” Merritt told the local British Columbia news outlet Castlegar News during a climate action demonstration last week. “Working with patients directly, we are actually starting to see the health effects of climate change now. It’s not just something that is going to happen in the future.” Death toll in hundreds as historic heat wave sweeps across Canada, US Northwest - Here's all you...