"Last night's debate made clear that additional structure should be added to the format of the remaining debates to ensure a more orderly discussion of the issues," the Commission on Presidential Debates (CPD) said
Lalit K Jha 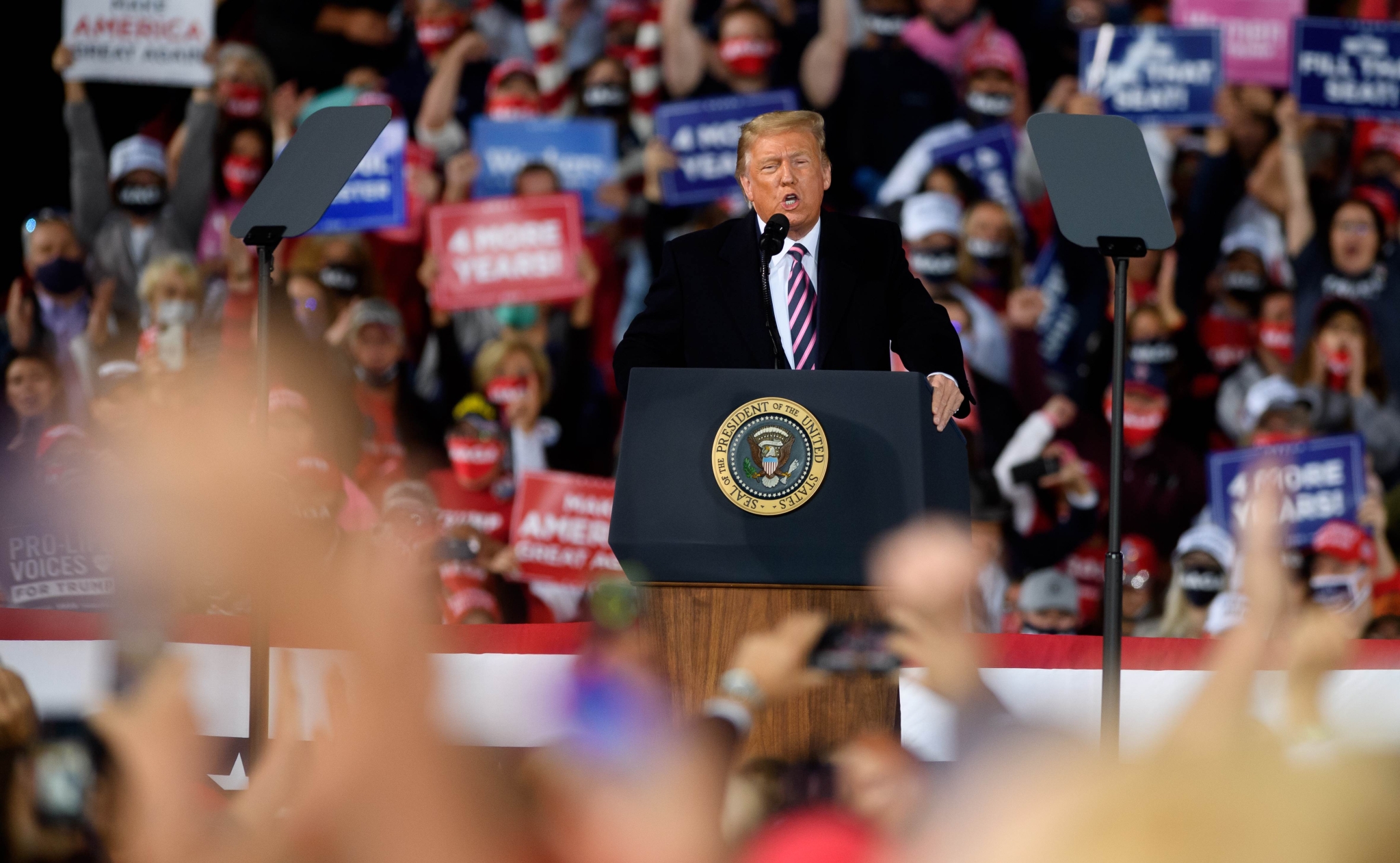 Commission on Presidential Debate, the body responsible for organising the US presidential debate, has said that it is carefully considering additional structure to the format to ensure a more orderly discussion of the issues.

During the first of the three presidential debates in Cleveland, Ohio, on Tuesday night moderated by Fox News anchor Chris Wallace, 74-year-old US President Donald Trump and his 77-year-old Democratic rival Joe Biden traded barbs about each other's families, making it one of the most chaotic White House debates in years.

Meanwhile, according to Daily Mail report, Donald Trump may have his microphone switched off or even be issued a time penalty if he keeps interrupting Joe Biden when the pair meet again for the second presidential debate next month.

The potential changes could be introduced as part of the Commission on Presidential Debates' (CPD) pledge to make the next showdown more 'orderly', after Tuesday's chaotic 90 minute debate was branded a 'dumpster fire' and a 'national embarrassment.'

"Last night's debate made clear that additional structure should be added to the format of the remaining debates to ensure a more orderly discussion of the issues," the Commission on Presidential Debates (CPD) said in a statement on Wednesday.

CPD said it will be carefully considering the changes that it will adopt and announce the measures shortly.

The 90-minute debate on Tuesday night is said to be one of the chaotic ones in the history of presidential debates, wherein the two candidates entered into war of words and at times clashed with the moderator.

"The Commission is grateful to Chris Wallace for the professionalism and skill he brought to last night's debate and intends to ensure that additional tools to maintain order are in place for the remaining," the commission said.

However, the Trump Campaign has opposed the statement from CPD.

"They're only doing this because their guy got pummelled last night. President Trump was the dominant force and now Joe Biden is trying to work the refs. They shouldn't be moving the goalposts and changing the rules in the middle of the game," said Tim Murtaugh, the director for Trump 2020 communication.

After the presidential candidates put on one of the noisiest, most chaotic debates in recent memory, voters across the country struggled for words - printable words - to describe the display.

Many went first to profanities. Others landed on more polite, but still biting, terms for the live, prime-time event, long considered evidence of the rigors of US democracy: "A joke," "a disgrace" and "so disrespectful." "I was sad. It was sad, and it was very pathetic," said Rickey Hampton, as the 54-year-old stood inside the doorway of his Las Vegas apartment.

It was another day of reckoning with the nation's rapidly transforming political culture and its seemingly irreparable divisions.

In interviews with voters across key states in the contest, those who watched the spectacle nearly unanimously recoiled from it.

Many said Trump was the instigator, whose frequent interruptions blew up the rules and any pretense that the men were there to discuss policy.

None said it would change their minds on how they planned to vote. Instead, voters on both sides said it only reaffirmed their positions.

US President Donald Trump has claimed that he won the first presidential debate against his Democratic challenger Joe Biden on Tuesday night.

"By every measure, we won the debate easily last night," Trump told reporters at the White House on Wednesday, a day after he and Biden clashed during the first of the three presidential debates in Cleveland, Ohio.

Both the camps have declared victory.

"I think he (Biden) was very weak. He was whining. We won the debate by almost every poll that I saw. If you look at the various polls. And I looked at about six of them, and we won every one of them," he said.

Responding to questions, Trump said he is looking forward to the other two debates in Florida and Tennessee. "I don't mind debating him. I hear he wants to get out of the debates. I don't know. That's up to him," he said.

Responding to questions on his remark regarding the far-right group Proud Boys should "stand back and stand by," Trump said he does not know who they are and would let the law enforcement agencies do their work.

"I don't know who the Proud Boys are. I mean, you'll have to give me a definition, because I really don't know who they are. I can only say they have to stand down, let law enforcement do their work," he said.

"Law enforcement will do the work more and more. As people see how bad this radical, liberal, Democrat movement is and the law enforcement is going to come back stronger and stronger. But again, I don't know who Proud Boys are. But whoever they are, they have to stand down. Let law enforcement do their work," he said.