Sustainable fashion: Will you consider buying and wearing second-hand clothes?

In the name of sustainable fashion, will you consider buying and wearing second-hand clothes, is what ANUPAMA CHANDRA is trying to find out...

As a child, Shonali was always given her elder sister’s clothes to wear. These hand-me-downs used to upset her initially, but slowly, as she grew to love her sibling, Shonali got to enjoy the whole experience. She didn’t care what people said, these clothes only got her closer to her sister.

Now, Shonali is 45 and glad to see her son, Rohan, adopt the same attitude towards his cousin’s jeans. But his reasoning is different. He is part of a growing breed of youngsters who are turning to second-hand clothes as a way of sustainable living. These people are looking to minimise their use of ‘fast fashion’.

What is fast fashion?

It is inexpensive clothing produced rapidly by mass-market retailers in response to the latest trends. Basically, it is when the process of production is hurried up so that new fashion trends can be rushed into stores – physical or online. It also reflects the growing desire among consumer for speed and value within retail.

Talking about sustainable fashion, Nohar Nath, the founder of Kiabza – an online fashion store for pre-owned clothing, notes, “Sustainable shopping is about buying only what is needed and recognising that anything we buy has a health, environmental and social impact.

When it comes to the way you shop, for fashion, there are many ways one can help the environment and minimise one's carbon footprints, for example, buying pre-owned branded apparel of good quality instead of buying new clothes every time.”

Fashion designer Seepi Gupta has a slightly different take. She says, “Shopping is either need-based or driven by consumerism, and in this era, we believe buying more things fulfils our lives. So, we never shop just for what we need, leading to overconsumption and waste. 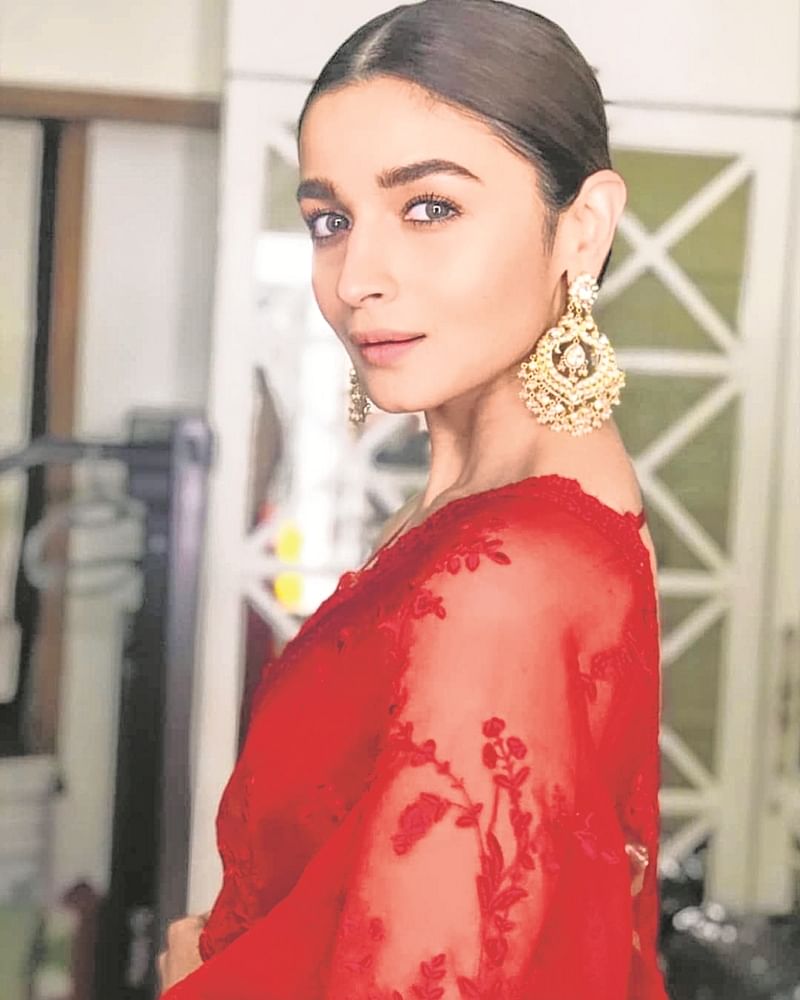 This applies more so to the fast fashion industry, where clothes are expected to be discarded after five to six uses. Whatever the textile material or delivery method, shopping in general, and fashion in particular, will never become sustainable unless we cut down on the quantity we buy and use these longer.

Is celebrity endorsement a plus and enough to remove the stigma attached to wearing second-hand clothes? Marketing manager of Kiabza, Sheetal Sharma thinks so.

She avers, “Alia Bhatt, Sonakshi Sinha and Anushka Sharma are quite active in promoting pre-owned fashion, on their social media platforms and have also sold some of their items and donated the proceeds to charity. Kiabza is also considering approaching celebrities in the near future to explore mutually feasible associations.”

Nohar concurs, “Pre-owned clothes has already mustered great acceptance in India over the last few years. It helps if celebs promote this concept as it helps change mindsets of the general public towards pre-owned fashion.

The flip to pre-owned products had come in strongly thanks to marketplaces like OLX, Quikr, etc. and pre-owned car brands like Cars24, CarWale, etc. that have used celebrities to push the concept and make people comfortable. It’s about constantly educating people.” In the west, reality star turned business mogul Kim Kardashian is seen wearing second-hand Jean Paul Gaultier and Thierry Mugler, and auctioned off over 200 pieces from her closet on eBay for charity. However, while Alia Bhatt and other Indian celebs may be doing their bit to promote eco-friendly fashion, Indians as a general rule are averse to the idea.

Seepi opines, “In the west, this idea of wearing second-hand clothes was highlighted in the 2013 song ‘Thrift Shop’ by Macklemore, where he raps about how cool he looks in old clothes at a fraction of the cost others spent on new clothes.

Soon this trend picked up with more celebs backing the idea... else wearing used clothes is considered taboo. New, branded clothes reflect prosperity that appeals to our mindset, and few people would risk coming across as “poor” by wearing old stuff.

But we’re a hero-worshipping culture, especially in matters of Bollywood and cricket, so if Dhoni or Alia decide to make old clothes cool, it might spark a trend.”

Interestingly, she also adds, “It is worth noting that if the term ‘second-hand’ were to be replaced with ‘old’ or ‘shared’, people may accept the idea more easily since the term has a negative connotation.”

Sheetal isn’t so optimistic! She notes, “Some Indian brands have offered discounts to customers bringing in their old clothes, which is more of a marketing gimmick to boost their own sale than to promote sustainability.

We have become fond of fast fashion in the last decade and it will take years for another shift to happen. However, at Kiabza, we have found that Indian adults are open to buying used fashion when assured of quality and hygiene.”

Preeti Sharma, fashion designer, isn’t so despondent. She says, “It takes time for any new trend/ fashion movement to impact India due to its large population but when it does, it moves fast.

We are now in transition – between understanding this used fashion concept and making others follow it too through social media channels. It will take time to reach rural corners but since they still follow the concept of hand-me-downs in families, it will be easy.”

Seepi notes, “This culture can also be seen as a sharing tradition, which is why we don’t waste clothes. Despite western consumerism spreading into our culture, we are still attracted to better deals. That’s what sharing and renting old clothes is all about.”

HomeWeekendSustainable fashion: Will you consider buying and wearing second-hand clothes?