Quarantales: Lockdown is making people go back to their creative roots

Often, new situations push people to think differently. We might try and pick up an old hobby and finally do all that we have been putting off till later when life was swamped in a pre-lockdown world. The heaps of time on hand have let people let their imagination run wild, and pour themselves out on a piece of paper. Either by writing, drawing, or sketching. Pieces of paper have provided an outlet. Some of us have found that watching DIY craft videos or taking painting lessons from a video online has helped put all the extra time on hands to great use.

Tess Joss, has found that every time she is feeling not-so-top, she turns to art. The lockdown has been one time like that. She has been away from home so long, having lived in Europe for almost five years, and having lived mostly in hostels after she was 18, that being at home, being thrown into spending all her time with family was a little unnerving at first. Then she realised she loves spending time with her brother’s children. This time is also one where she has started drawing again. 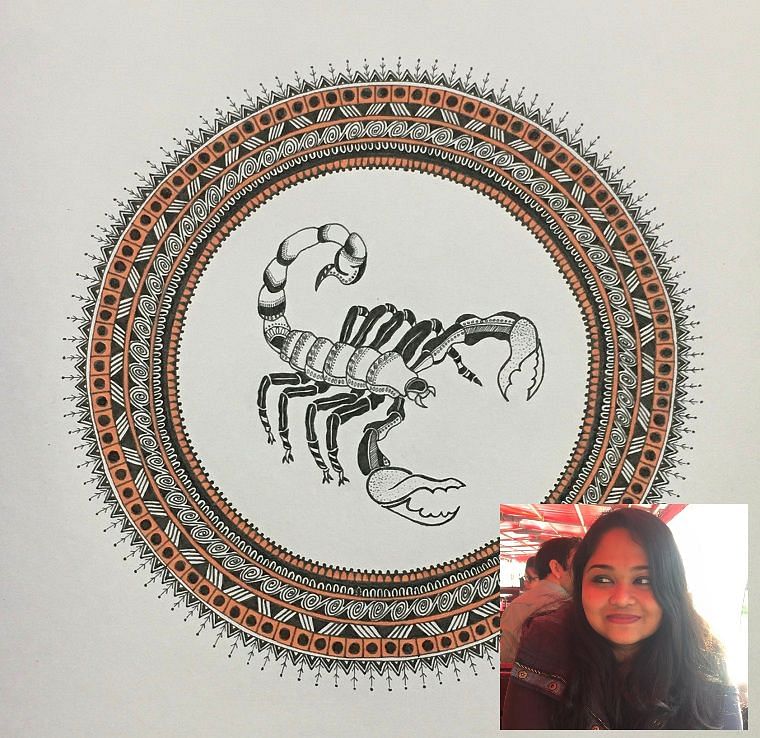 The first time she started drawing was when she had a heart break, in 2012, when she started painting Warli art on her bedroom walls in Kochi. Ordinarily she is a writer for a company which contributes movie information for films on OTT platforms. Today, when jobs have been shifted from office to home, and when one finds that one is the master of how one uses one’s time, Joss has taken up the sketch book again. “I am sketching the horoscope series. So far I have drawn Aries, Pieces and Scorpio. I have always found painting on walls and sketching to be a relief. Often when I feel kind of useless, creating something makes me feel great again.”

While Joss has taken up sketching, some have reached out to the canvas and oil paints. Amit Dasgupta a section head manager at a cement company requested a shop owner he knew to open up just for him and give him some material, like a canvas board, to re-start his painting, which he left off nearly 22 years ago. His creations, which he works on when everyone in the house is sleeping, include a portrait of a mother and baby elephant, a black and white bare forest, and a still of colourful valleys, mountains and lakes.

“When the world starts again I want to teach children painting at a school. I don’t want to stop painting. It’s something I can put all my creative imaginations into. I also want to try abstract art. I think I have completely wasted 22 years not painting. I want to thank our government for giving us the opportunity to sit down at home and relax. I even want to have exhibitions of my collection of paintings, and start my own big painting studio at home,” Dasgupta says.

Being bound to the home has obliged many of us to try and figure out a new career pathway. Arindam Chatterjee, a freelance creative director for advertisements, decided to make a ‘micro short film’ which he called 'Window of Opportunity' using his mobile phone. Available on YouTube, the film shows Chatterjee enacting a situation where he is sitting desolately at his computer in a dark corner of his house, receiving a lay-off notice. In the same instance, another ‘window’ opens as he receives an email about having been selected to go on a ‘photography trip’ to the Amazon rainforest (in a post lockdown world). “This was a film I made in response to a short film competition started by Onir, where every week entries are sent to and judged by the director. I shot, edited, and acted in it myself. This was my first time editing a movie. I have also made a parody song on the Italian song 'Bella Ciao' – an anti-Corona song.”

Sanika Kashikar, a model and actress, and Ayushi Limbachiya, who had just finished her MA in English Literature, before stay-at-home began, both decided to busy themselves with singing. Finally, for both a space had opened up where they could focus on doing “riyaaz”. Kashikar comes from a family that’s deeply interested in music and began experimenting with Hindustani Classical. She has even uploaded IGTV videos on Instagram of her singing, and sometimes she dabbles in voguish American pop like Despacito to capture her audience, that may not quite flock to classical melodies. “I always wanted to do this, but there was a lot of procrastination. Thanks to Corona I have been able to now. The few videos I have uploaded and the live shows I have done on Instagram have got a good response. I want to continue practicing singing even when everything opens up. I’ve discovered there is a lot to do and an artist can keep growing his art. Before lockdown I was going out doing what I usually do. But today I have time to think about myself,” Kashikar says.

Limbachiya, also a trained Indian classical singer, has uploaded many of her songs on Facebook where she sings famous Hindi songs, showing off how she is spending lockdown. “Life slowed down and changed suddenly, so there was a lot of potential to be creative at leisure. So I indulged in singing (which has always been my passion) and started making the videos as a way to document those moments, that I can go back to and look at as memoirs of my time in the COVID 19 Lockdown,” highlights Limbachiya. 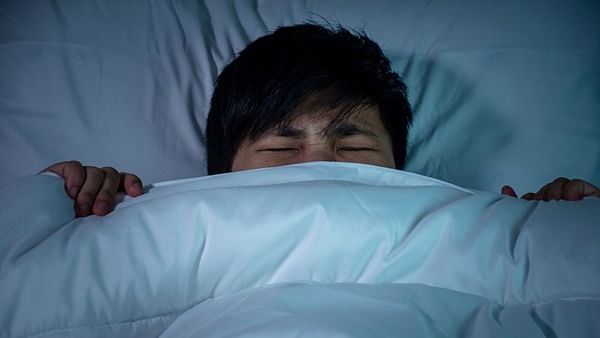 HomeWeekendQuarantales: Lockdown is making people go back to their creative roots