Ljubljana: This medieval city of caves and castles in Europe's Slovenia should be a must on your bucket list

On her visit to Slovenia, the author explored the city of Ljubljana, communed with the ancient Postojna Caves, and found a spur to her imagination in Predjama Castle
Manjiri Prabhu 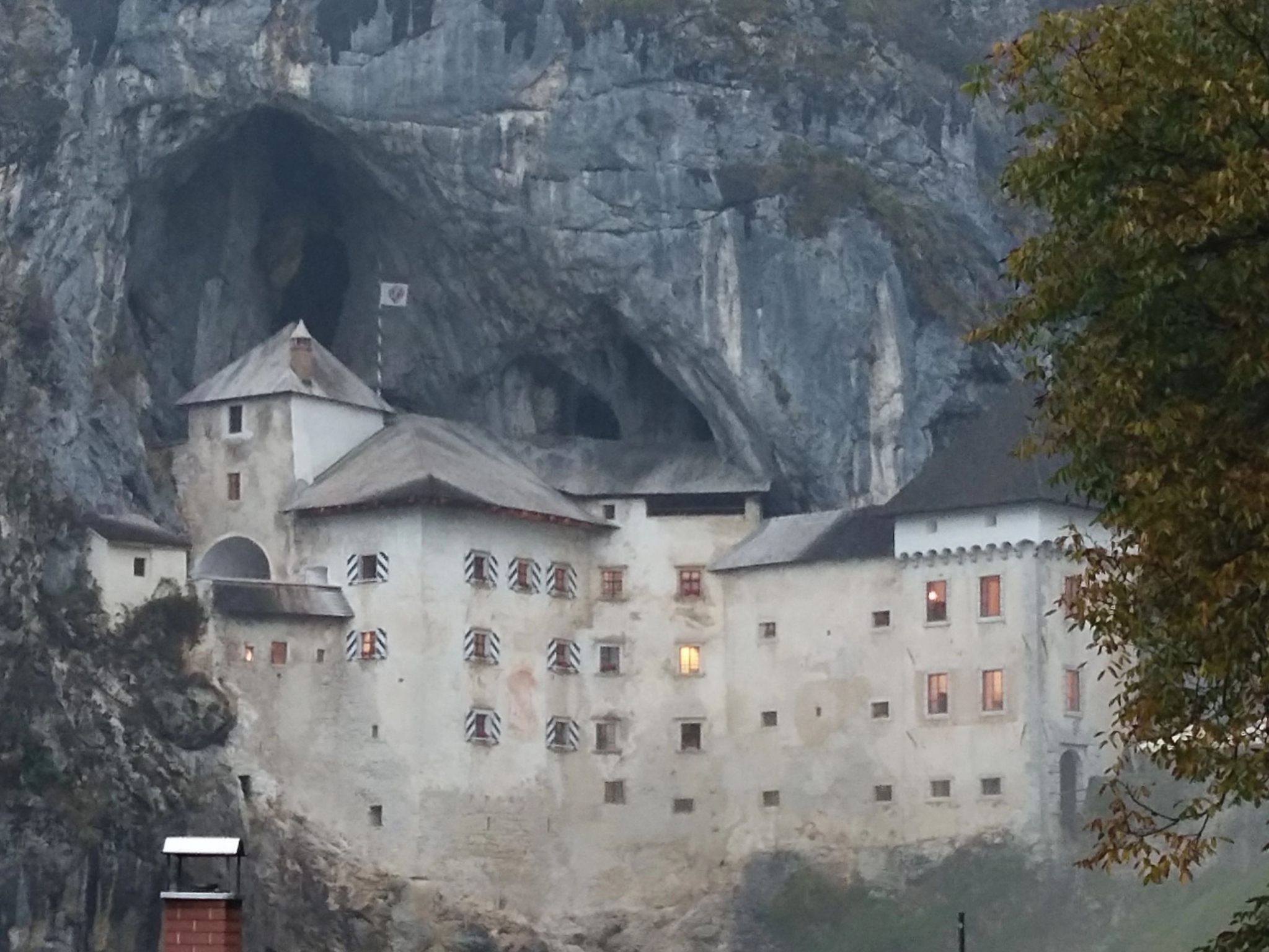 Ljubljana is the capital of Slovenia in central Europe and is the biggest town in the country. It was also our first stop and introduction to beautiful Slovenia as we embarked on a 15-day friends’ trip through Slovenia and Croatia in 2018.

One of the best things about travelling with buddies is that not only does it help test the waters of a foreign land, but also test the strength of your friendship. And that is exactly what this trip to Slovenia proved to be. An exciting journey of bonding filled with fun, facts and fantasy...

Our adventure began when four of us school friends — Lochana, Ameeta, Sarita and I — arrived in Paris and realised that our connecting flight to Ljubljana had been cancelled for some reason. The next one, the airport authorities said, would be at midnight!

Our combined negotiations yielded some results and we got an alternate flight at 12:40 pm but with no food or water. If that wasn’t all, on arrival at the airport, we were told that some of our baggage couldn’t be found and we lost a precious hour trying to locate the bags. We were promised that the baggage would reach us the next day and finally, tired and hungry we headed to our hotel.

We had booked in Stari Tišler, an old beautiful guesthouse with a pretty courtyard, rustic ambience, dining room and restaurant. Originally an old coachmen restaurant, it was opened in 1905. In 1990, it was recognised as a part of the cultural heritage of Ljubljana. The original, rustic interior of the quaint restaurant and the entrance arch were proof of its history. 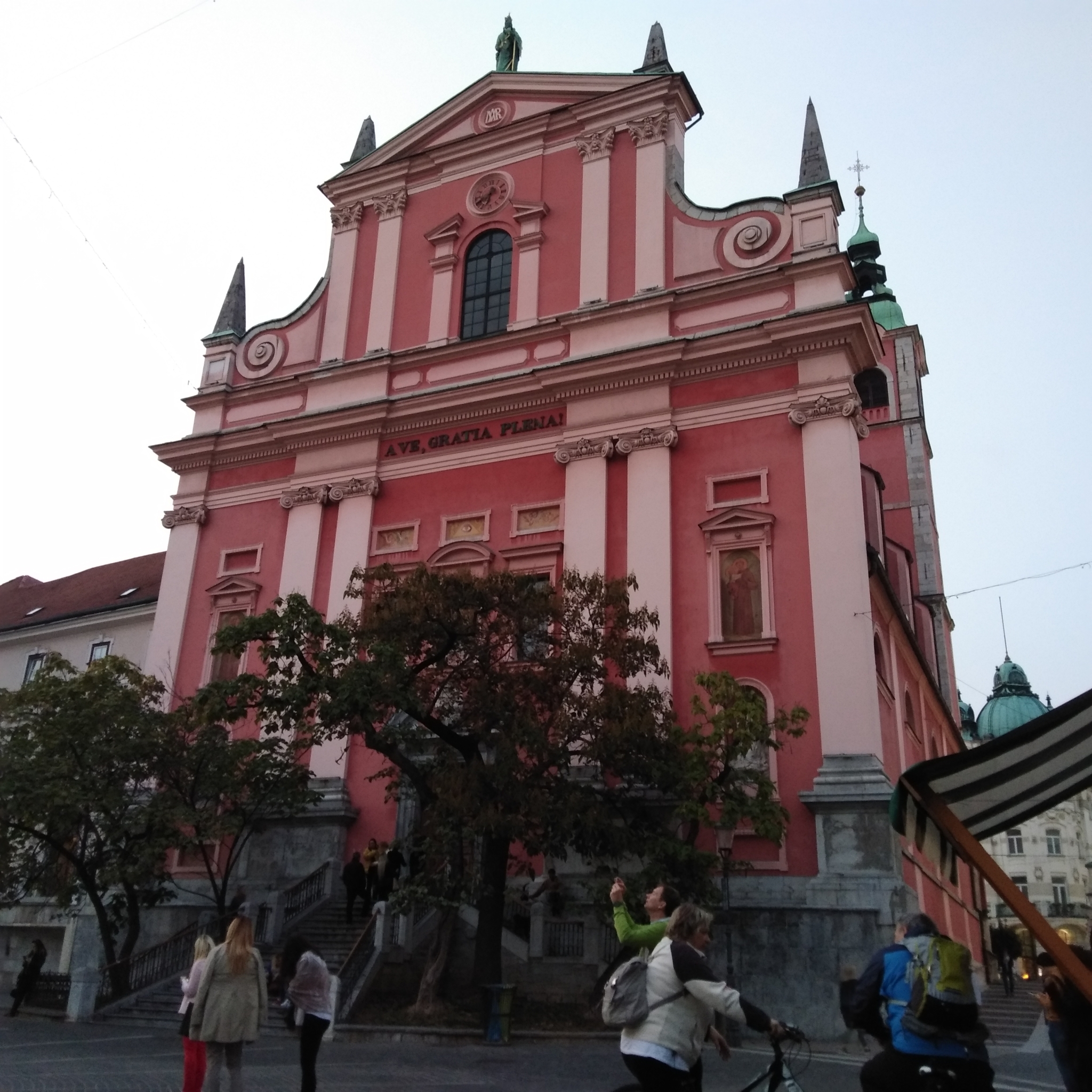 Arriving in Ljubljana on a fall evening was perhaps the best time to witness the charm of the old town. From our boutique hotel, it was a short walk to the historical Town Square, locally known as Prešernov Square. A magnificent space where roads from all directions seemed to converge between illuminated buildings, a 17th century Franciscan Church, arches and bridges. Adjoining the Square are the famous Triple Bridges, built over the Ljubljanica river. These Triple Bridges connect the historical medieval town with the modern town. A statue of the famous Slovenian poet, France Prešeren, makes its presence felt in the centre of the Square, as tourists flock around it. Salzburg: Author Manjiri Prabhu shares how the city helped her develop the plot for her novel, 'The...

Live music permeated the evening and a gorgeous evening glow settled over the historical stones of the city as the strong, mixed aromas of the local food market wafted towards the Square. The charm of the town was indisputably serene and gripping. We walked down the promenade along the river, eating roasted chestnuts and halting first at the bridge of locks and then at the famous Bridge of Dragons. The green dragon is a symbol of Slovenia and it remains perched proud and imposing, on the two ends of the bridge. We even spotted a local weekend market and went crazy buying souvenirs and honey brandy in pretty-shaped bottles. 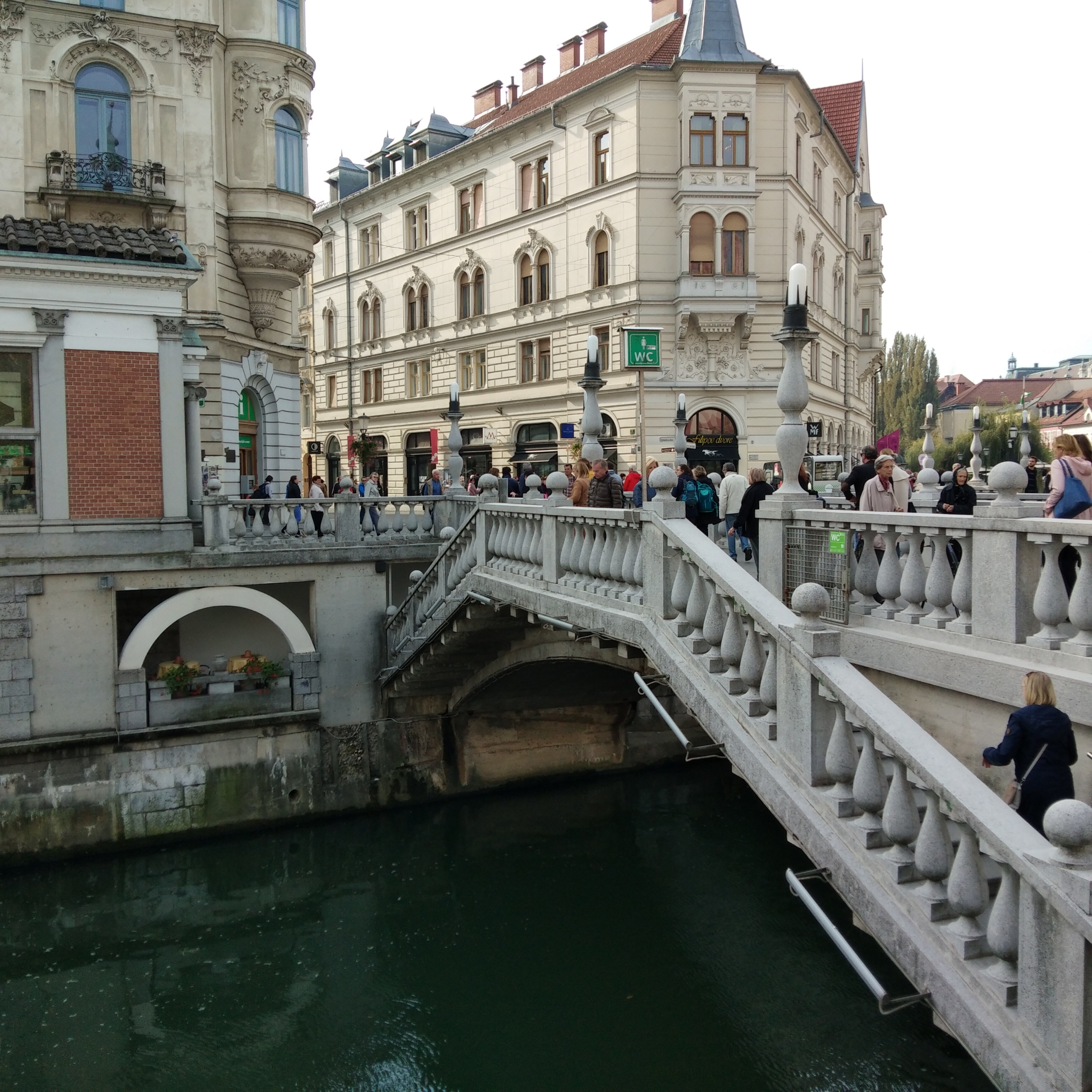 Along with Ljubljana, our list of must-visits included the Postojna Caves and the Predjama Castle. So, the next day, we took the Eurail to the Postojna Caves, which is a 24 km long, two million-year-old cave system. Formed by the Pivka River, it is known for its drapery formations-like folded curtains. We settled into an open train at the entrance of the cave. Soon, the long train dipped smoothly into the depths of the earth and we passed the most astounding formations of stalactites and stalagmites.

For some strange reason, some of them reminded me of lovers reaching out to each other or on the verge of meeting, after a lonely wait of millions of years. But sometimes they resembled the open jaws of a shark and sometimes as if the magnificent heaven had opened up for us. We drove through narrow tunnels, huge halls and overhanging intricate formations, which we could almost touch. 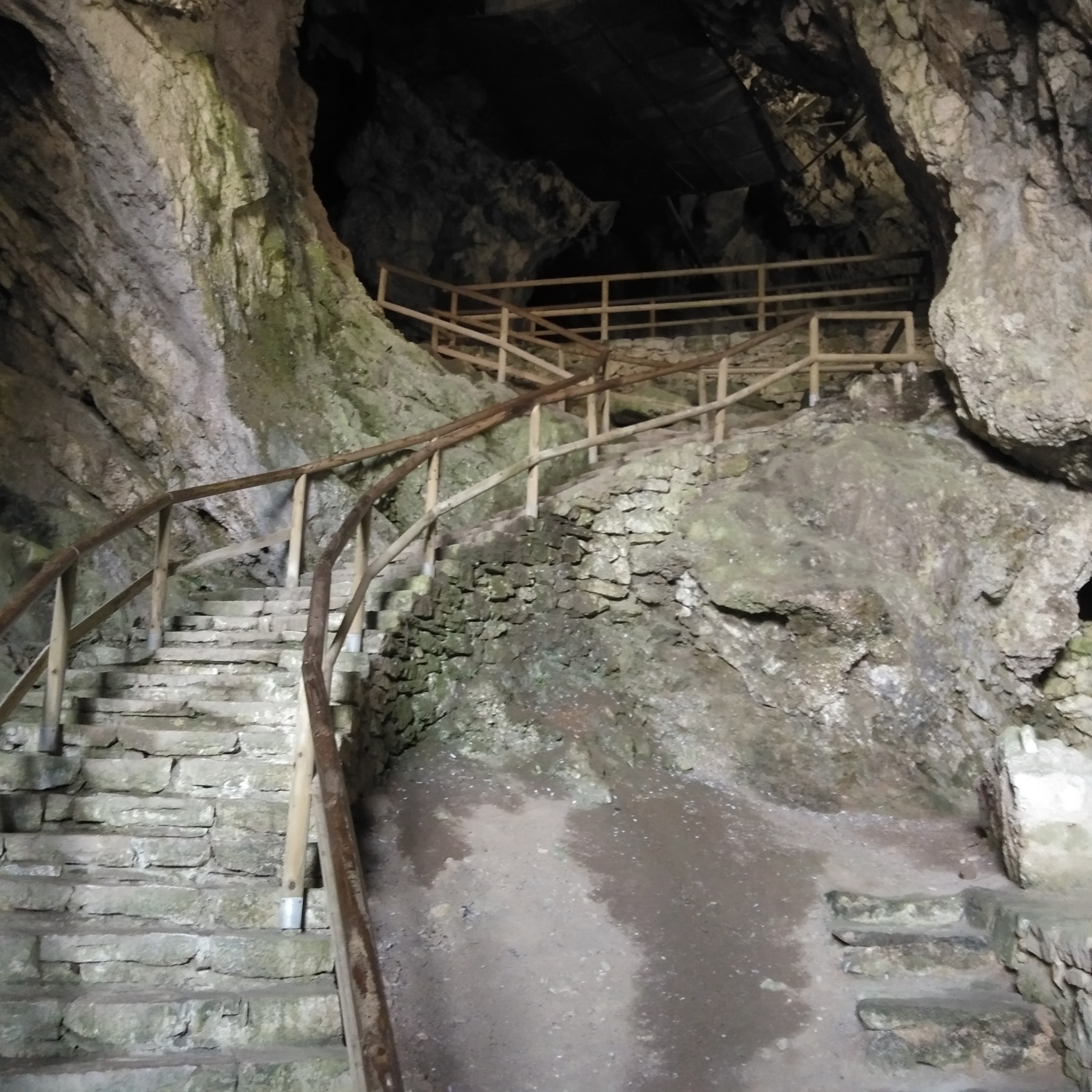 We also walked through large landscapes boasting the most dramatic scenes of the earth, shimmering in the orange and yellow lights. Tourists strolled uphill and downhill over smooth white paths with supporting cave railings and it was as if we had a date with nature at its natural best. The highlight of the cave, among other things, is the Concert Hall with its fantastic acoustics, which can house close to 10,000 people. When we finally emerged out of the Postojna Caves, we were dazed but filled with a sense of awe and respect for nature and its unique relationship with mankind.

Our next halt was the 13th century Predjama Castle, which is nine km from the Postojna Caves. Originally Gothic, it was later turned into a Renaissance Castle. The amazing part is that it is the largest castle built into the mouth of the cave, of a 123-metre-high cliff. 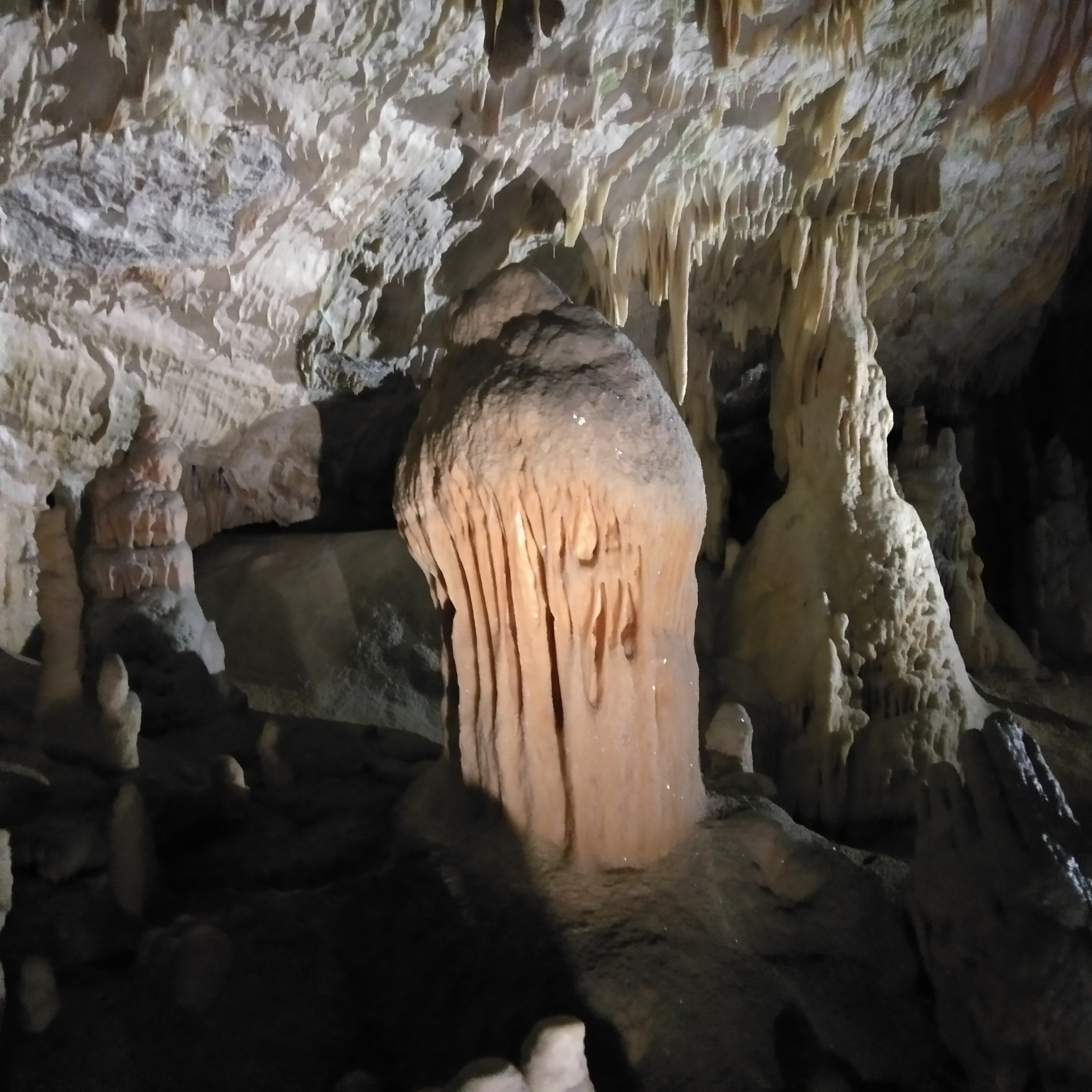 Our first view of this 800 plus year-old Predjama Castle was mesmerising and unforgettable. It had begun to drizzle and the mist had settled around us on the green hillside. Tucked into the wall of the cliff, with its ancient grey and cream façade, sloping conical roofs and striped windows, the medieval Castle appeared like a picturesque postcard painting stuck on to the wall. A piece of unique architecture, staring down at us through a veil of white mist and drizzle. And yet it reflected an aura of solemn dignity and intrigue.

Inside the castle, this feeling of historical fantasy continued, as we strolled through a kitchen, a chapel and even a torture chamber. From one rock-cut rustic cave-room to another, we passed narrow passageways, climbed long, stone staircases that wound further into the cliff-caves and gazed across the countryside from huge cave windows.

Legend says, the Knight Erazem of Predjama protected his castle from the imperial siege and its many secret tunnels served useful in his “plundering expeditions”. It was no wonder then that an air of romance, mystery and intrigue hung heavy over this ‘medieval marvel’ as it is aptly called.

It was the surreal first sight of the Predjama Castle and its mysterious, fairytale experience that stayed with the four of us, long after our Slovenia trip was concluded.

(Manjiri Prabhu is an acclaimed author of several fiction and non-fiction books and founder and curator of two festivals.) From street-hopping to devouring tasty Bengali delicacies, enjoy life to the fullest in the City of...