Kalyani Sardesai's 'Punyakatha' is an perfect ode to Pune city, its history, heritage and culture

Do you want to know more about Pune’s rich history and heritage the fun way? 'Punyakatha — Pune’s Story of a Million Years' is a tapestry of rare pictures, puzzles, games, activities and poems, bringing alive the beautiful city’s glorious past. Writer and poet Kalyani Sardesai, along with other experts has put together the innovative illustrated children’s book and family encyclopaedia.
Sapna Sarfare 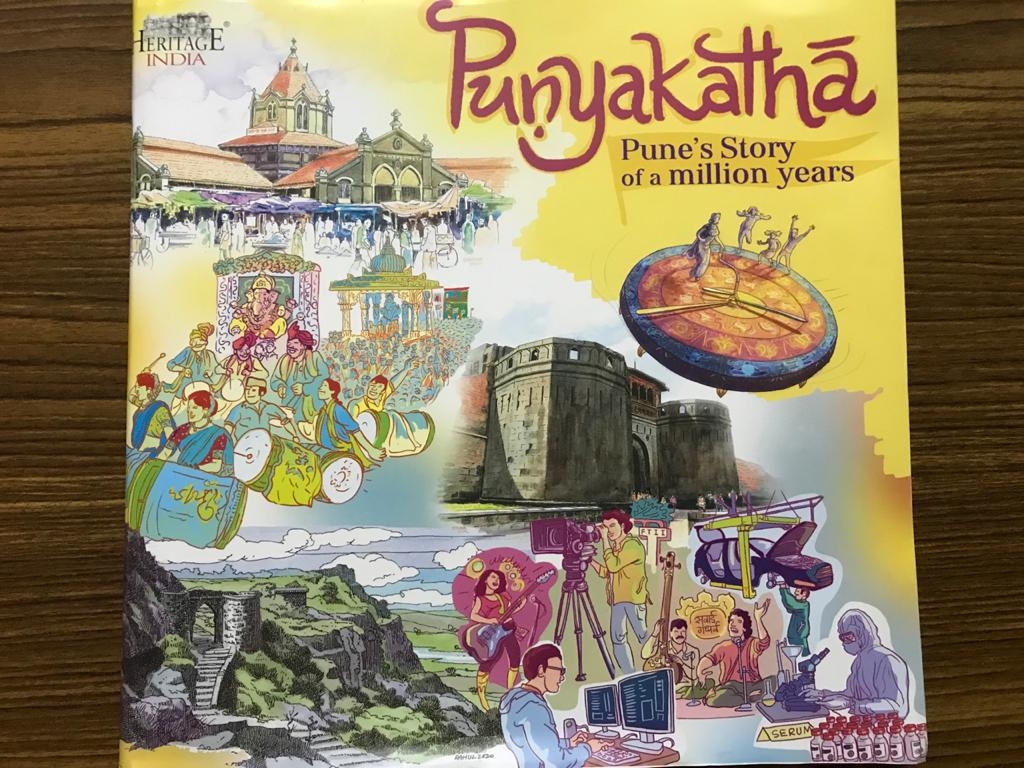 There is truth in acclaimed town planner Sir Patrick Geddes’s quote – But a city is more than a place in space; it is a drama in time. Pune-based journalist, writer and poet Kalyani Sardesai backs it as she is part of Heritage India’s Punyakatha — Pune’s Story of a Million Years, which is an illustrated children’s book-cum-family encyclopaedia that tells the story of Pune. And she is the book team’s ‘writing backbone’. 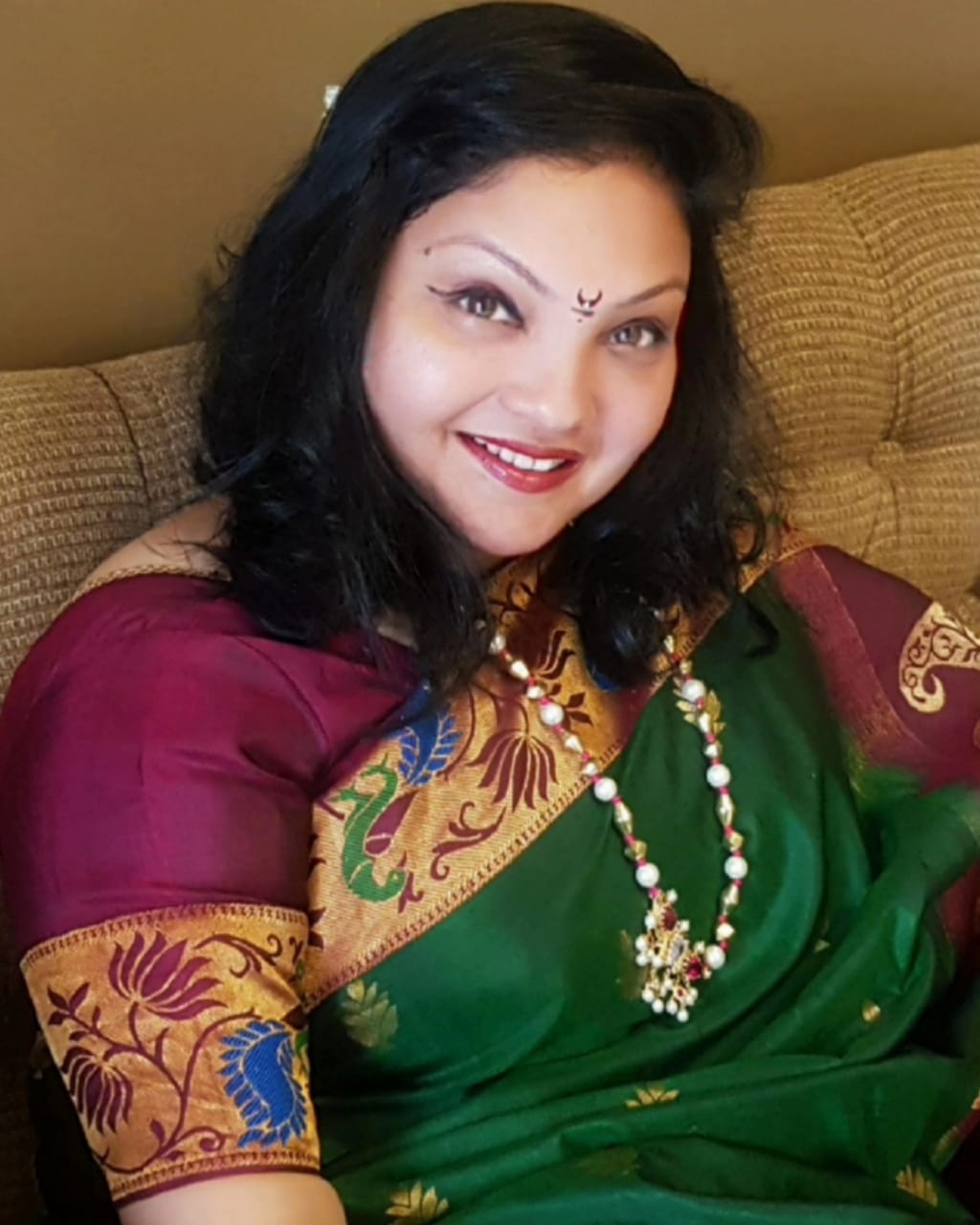 Not a history textbook

Any book with substance offers so much more. Sardesai says, “It is an illustrated children’s book of over 225 pages that tells the story of how Pune, a city that ranks among India’s most liveable cities apart from being a premier educational-cultural-business hub, came to be. The primary target audience is children from 8 to 12 years of age. The book is a family encyclopedia to be explored by multiple generations.” For her, the publishers, Heritage India, made all the impactful difference. 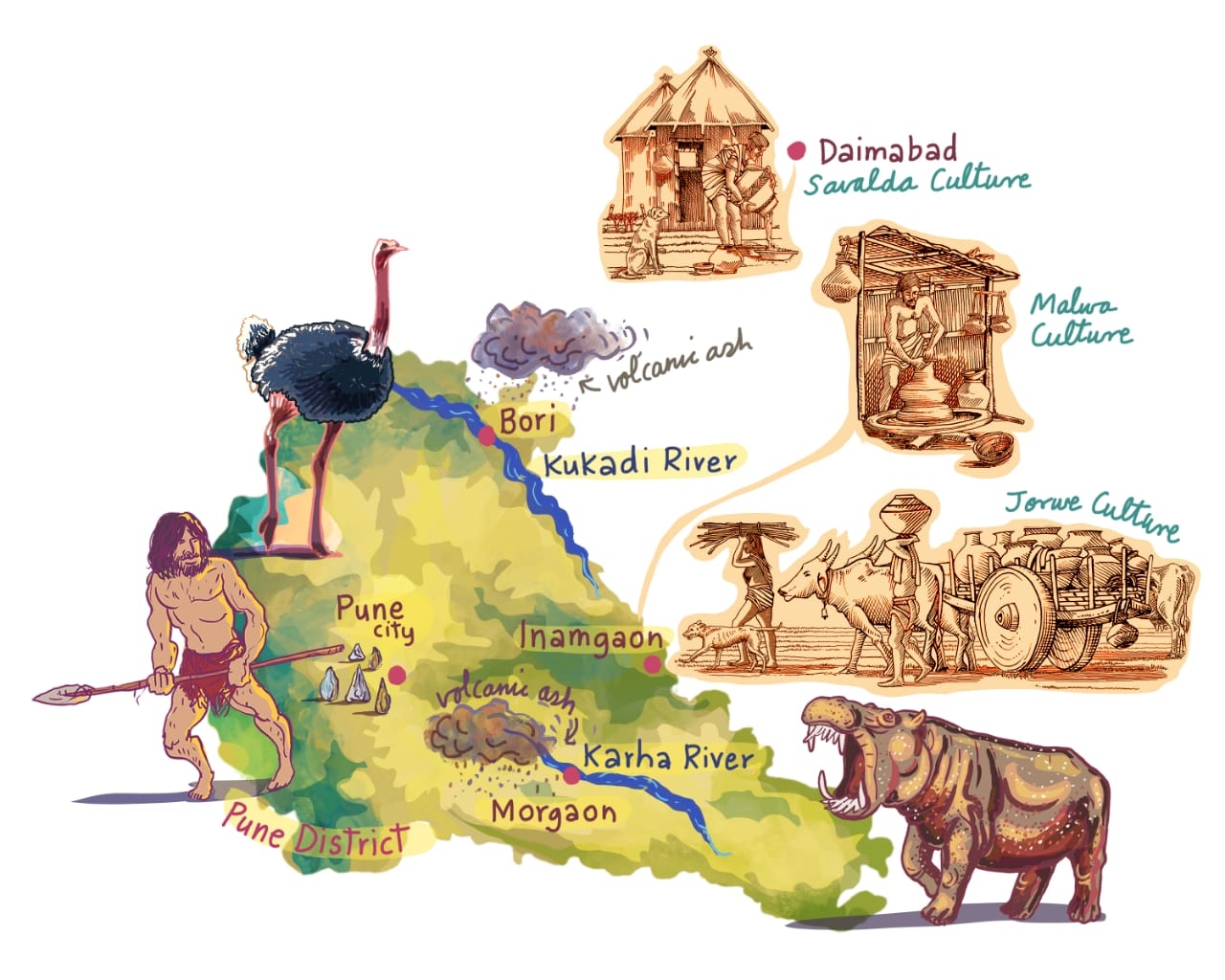 “The last thing we wanted to do was to write yet another history textbook. To that end, fiction has been used as a route to non-fiction. So be it exploring the first signs of life in the Stone Age to finding out how the earliest empires of the Deccan unfolded to the advent of Chhatrapati Shivaji Maharaj to the Peshwas, the British and Pune’s modern-day avatar, different characters on a Time Machine transport the children back in time. This allows them the thrill of reliving the moment as it occurred,” says Sardesai.

Apart from the gorgeous artwork, there are lots of rare pictures, puzzles, games, activities and poems to engage the reader at every level.

Considering Pune’s historical passage, the book’s conceptualisation was interesting. “It is the brainchild of professor Manjiri Khandekar, CEO, Heritage India, a publication and education house dedicated to the preservation and promotion of India’s rich history. Over the 14 years of its existence, it has brought out magazines to educate and engage readers in Indian history, art, festival, traditions and folklore. Being a proud Punekar, Khandekar wanted to pay tribute to her beautiful city through her memorable work.”

Sardesai has been associated with them since 2014. “Besides being a journalist and author, I have always had a deep and abiding interest in history — and its multiple associations with modern-day life. When Manjiri ma’am asked me to write this book, I was absolutely thrilled. It has been a privilege in more ways than one,” she says. Everything in life doesn’t go as planned: Theatre personality Dolly Thakore opens up about life...
Advertisement

The book was a time-consuming yet enriching three to four-year-old process. “Not only did I get my creative space as a writer, poet and narrator, but I also got to work with several talented professionals. There was our wonderful research team of historians including Dr GB Deglurkar, Prof Ghanekar, Prof Ajit Vaman Apte and Dr Manjiri Bhalerao. Artists Anant Dere, Rahul Deshpande and Tejas Modak created the artwork. Tejas was also the creative director.”

She appreciated everyone’s dedication and skills they brought on board. “The sense of camaraderie and wonder we shared was amazing. My challenge was to come up with a lucid and fun narration to tell the story of Pune in particular and Maharashtra in general — over so many centuries in as linear and uncomplicated way as possible – without losing track of the facts. I had help from Tejas, also a dear buddy. We have spent many happy hours over steaming hot cups of chai and delicious meals prepared by Manjiri ma’am.”

Punyakatha is an absorbing effort to offer fascinating narratives. “The fact is that Pune has been coveted by power brokers and strategists for pretty much the same reasons down the centuries. That long before secularism was a word, three mighty religions co-existed in peace and harmony; long before feminism, Queen Naganika, the Maharathi princess, had a coin in her name; the continuity of its educational legacy over centuries and its importance as a defence stronghold, its cosmopolitanism, secular, and accepting fabric—which is a pride to the country. The fact that within a radius of one km you can find the place of worship of as many as seven religions,” said Sardesai. 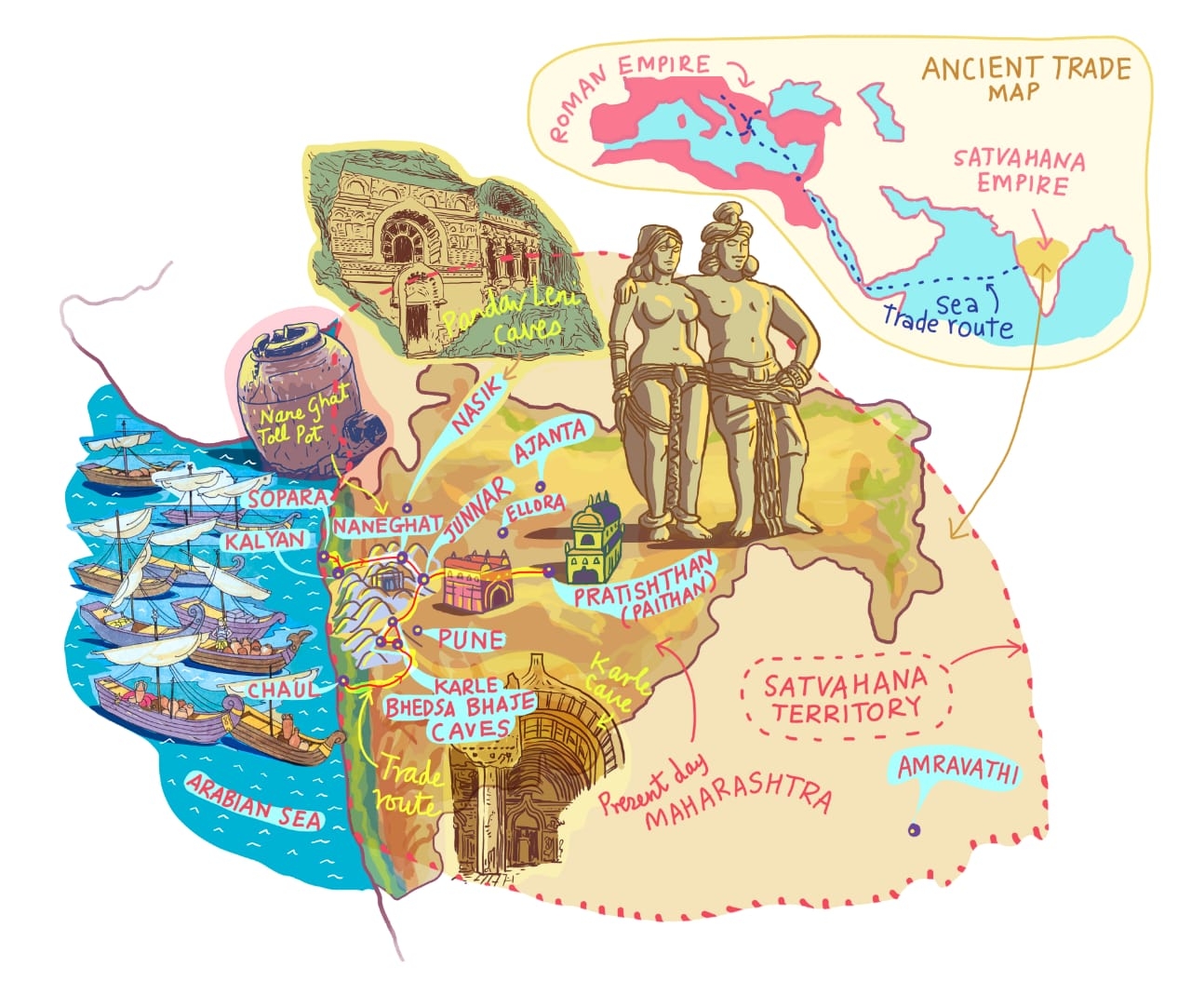 The book includes the legacy of murals, paintings and numismatic, apart from ‘a chapter on the city’s natural history and the splendour of the Sahyadris that ranks among the biodiversity spots in the world’.

“Pune’s connect with the international community over centuries through trade and cultural exchange. There’s rich information on how it came to be a premier industrial and manufacturing hub — apart from being a stronghold of theatre and cinema, education, museums and parks,” says the writer.

For Sardesai, her challenge was to make sure the book lucid, readable and relatable. “But it was a labour of love and joy all the way through. We told the story as the facts unfolded — sans embellishment.”

Released on August 15, the book is getting an encouraging response with pre-bookings pouring in. Readers will get it by Dussehra and Diwali.

Sardesai thinks such well-told stories are loved by everyone. “It is replete with all the navarasas – including romance, drama, intrigue and adventure. Punyakatha — Pune’s story of a Million Years is such a saga waiting to unfold through pictures and prose, poetry and puzzles, maps and treasure hunts.”