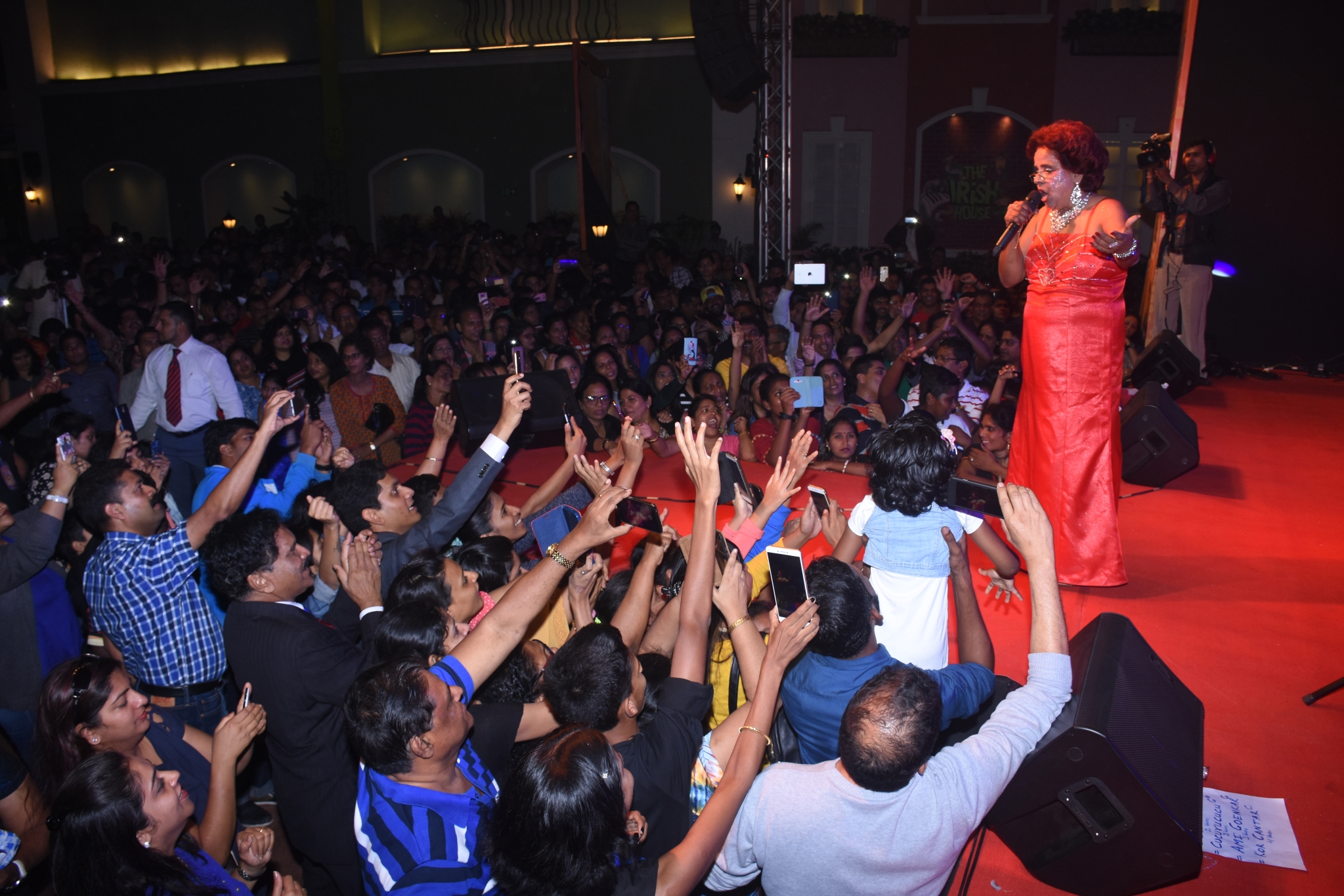 Konkani music lovers in Goa and worldwide feel proud every time she picks up the mic and with her powerful golden voice fills the air with music. Lorna is perhaps the oldest singer in Goa today, having been a dominant force in the Goan music industry since the early ’70s, when she began her career in her early teens. Lorna performed as a Jazz singer at n some of the top hotels and nightclubs in Mumbai and other parts of the country, and was discovered by the legendary musician Chris Perry.

Recalling those early days Lorna (Cordeiro) says, “I cannot say it was Chris Perry, but I always liked singing since school. That’s when he discovered me. He came to know there was a fabulous singer. He came over to my place and then our journey together started.”

As a duo, Chris and Lorna ignited a creative chemistry never seen before, leaving audiences in awe. They were a most sought after musical duo that took the early ’70s music scene to great heights. Love blossomed. But the sparks that flew, ended up in a bitter conflagration. Though Perry made Lorna a name everyone loved, she was left angry as he departed to start a new life with his wife and three kids.

While the anger towards Perry is visible, Lorna still reveres him as the one who made her what she is today. “Chris Perry did really make me a star. And he always said this ‘I will make you a star,’ when he heard me sing for the first time. And he said this to me, that he will never get another person like me and he said he would make me a star... and he did it!” declares the bespectacled singer with confidence.

Even when he was not around, Perry still controlled her for years, with a signed contract that prevented her from singing without his permission, going to the extent of threatening to cause harm to anyone who dared to work with her. This took a toll on Lorna who took to the bottle and just disappeared. Her long self imposed exile was broken when a musician friend cajoled her into returning to music. “Twenty-five years is a long time. Can anybody stay away from singing, those who love singing? Can she or he stay away from music for 25 years? Is it possible?” questions the central Mumbai resident, who was once dubbed the Bessie Smith of India. (long pause) “...No, I don’t think so,” she declares.

Lorna made her comeback with an album Hello Lorna and a live show later that year in Panjim. By her own admission, the crowd missed her. “When I did my comeback in 1995, the people had missed me and the crowd that came there at Miramar…… (pauses and holds her palms to her face)… I have never seen a crowd like that and they all missed me... they will not get another Lorna... This is Lorna!” she says with a loud voice, just as she probably did to the crowd at her show.

From then on it was a roll for her, shows in the Middle East, Europe, Canada, US. Everyone wanted to hear Lorna again. And why not, for every moment of her shows is filled with catchy songs, hilarious lyrics, a few ballads which are poignant and unforgettable. You cannot stop dancing when Lorna is around! Ask about the unofficial biopic that was made on her titled Nachomiya Kumpasar (Let’s Dance to the Rhythm) by Bardroy Barretto and her ire shows... “I had not approved of this, because he didn’t take my permission to make this movie. It was his duty to come to me and take my approval to make this movie. He is now making money at my cost and goes around telling people that he gave me Rs.10 lakh, which is absolutely wrong!”

Lorna’s exuberant style, her lovely smile, her electric presence on stage with her full-throated voice booming, a lady with sparkling eyes, a singer with a voice that is pure dynamic, she surely befits the title the Nightingale of Goa. She sums up her career when she says, “Without Lorna there is no Konkani music. So long as Konkani is there, Lorna’s music will exist. And everybody is there because they love Konkani and they love Lorna.”