Why Neanderthals’ faces are different from humans 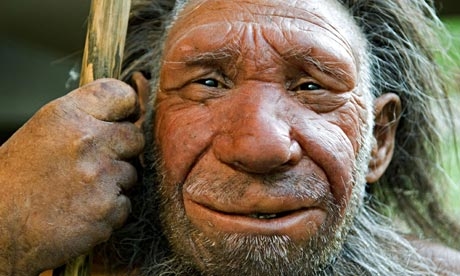 New York: The Neanderthals, who appeared about 200,000 years ago, are quite distinct from modern humans in the manner in which their faces grow, finds a new study.

The results add to an old but important debate concerning the separation of these two groups.

“This is an important piece of the puzzle of evolution. Some have thought that Neanderthals and humans should not be considered distinct branches of the human family tree,” said paleoanthropologist Rodrigo Lacruz, assistant professor in New York University’s College of Dentistry (NYUCD).

“However, our findings, based upon facial growth patterns, indicate they are indeed sufficiently distinct from one another,” he added.

To reach this conclusion, the team set out to understand the morphological processes that distinguish Neanderthals’ faces from modern humans – an important factor in understanding the process of evolution from archaic to modern humans.

Bone is formed through a process of bone deposition by osteoblasts (bone-forming cells) and resorption by osteoclast (bone-absorbing) cells, which break down bone.

The team used an advanced electron microscope to map for the first time the bone-cell growth processes (resorption and deposition) that had taken place in the outer layer of the facial skeletons of young Neanderthals.

It found that in the Neanderthals, facial bone-growth remodeling – the process by which bone is deposited and reabsorbed, forming and shaping the adult skeleton – contributed to the development of a projecting upper jawbone because of extensive deposits by osteoblasts without a compensatory resorption – a process they shared with ancient hominins.

This process is in stark contrast to that in human children whose faces grow with a counter-balance action mediated by resorption taking place especially in the lower part of the face — leading to a flatter jaw relative to Neanderthals.

The team studied several well-preserved Neanderthal child skulls unearthed in 1926 in the British territory of Gibraltar and from the La Quina site in southwestern France.

“We always considered Neanderthals to be a very different category of hominin,” Lacruz noted.

“In fact, they share with older African hominins a similar facial growth pattern. It’s actually humans who are developmentally derived, meaning that humans deviated from the ancestral pattern,” he pointed out.

In that sense, the face that is unique is the modern human face and the next phase of research is to identify how and when modern humans acquired their facial-growth development plan, the authors concluded in the journal Nature Communications.