The Emergency officially ended up on March 23, 1977. On January 18, 1977, Indira Gandhi called fresh elections for March and released all political prisoners. The opposition, Janata Party in their campaign warned the citizens that election is the only time when they can choose between ‘democracy and dictatorship’. Thus, in March 1977, in the Lok Sabha elections, Indira and Sanjay Gandhi lost their seats. Not just Gandhi, even senior party leaders lost their seats, and the party’s loyal leaders also deserted the Gandhi’s. Out of the total 542 seats, Congress won 153 seats, while the Janata Party won 298 seats and the allies’ 47 seats supported the Janata Party. Thus, making Morarji Desai the first non-Congress and fourth Prime Minister of India.

On March 22, 1977, Indira Gandhi accepted the poll verdict and tendered the resignation of her Cabinet to the then acting President Mr B.D. Jatti. 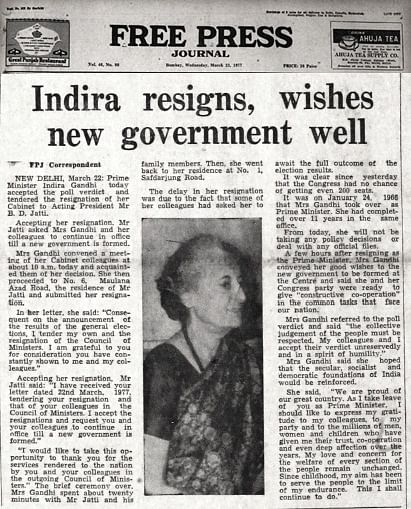 Morarji Sworn in as the new Prime Minister

On March 25, 1977, Morarji Desai was sworn in as the Prime Minister of India after he was elected leader of the Janata Party-CFD combine. 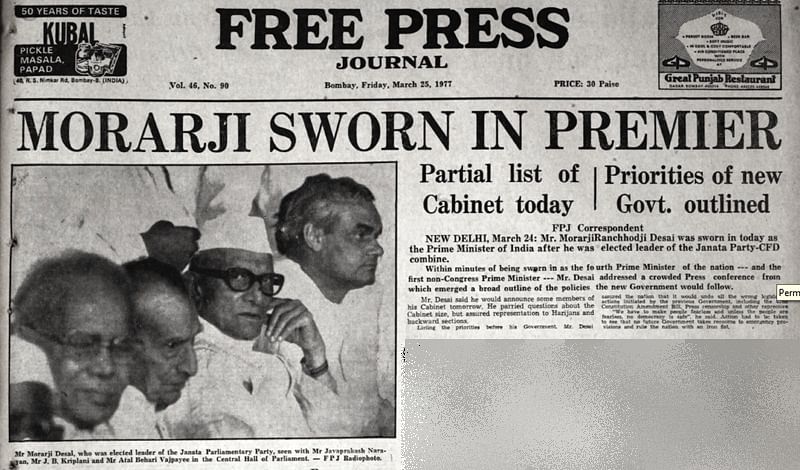