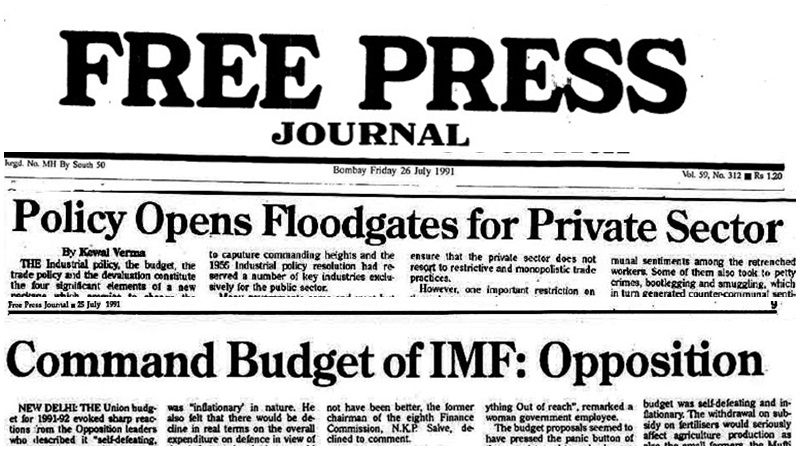 The budget presented on July 24, 1991, by the then Finance Minister Manmohan Singh is known as ‘The Epochal Budget’ as it marked the beginning of economic liberalisation. Singh, under the Narasimha Rao government, took measures like promoting exports, and slashing import licensing to make the Indian economy a global trade friendly one. The budget presented amidst the country’s economic crisis proved to become one of the fastest growing emerging economies in the world.

An article published on July 26, 1991, by Kewal Verma mentions, “The industrial policy, the budget, the trade policy, and the devaluation constitute the four significant elements of a new package which promise to change the economic face of the country. These elements flow out of a new philosophy which is that the private sector should be given more opportunity to generate wealth because the public sector has failed despite all attempts to become efficient and expose the private sector to more foreign competition keep it on its toes.” The article also reads, “Many governments came and went but the list remained sacrosanct. It is now only 35 years later that the list has been drastically pruned. Simultaneously, the private sector has been freed of bureaucratic control and at one stroke the licensing system for the private sector has been dismantled. The private sector will now be required to take licenses only for a limited number of industries. But for very obvious reasons the private sector will be subjected to some locational restrictions and strong anti-pollution controls.” 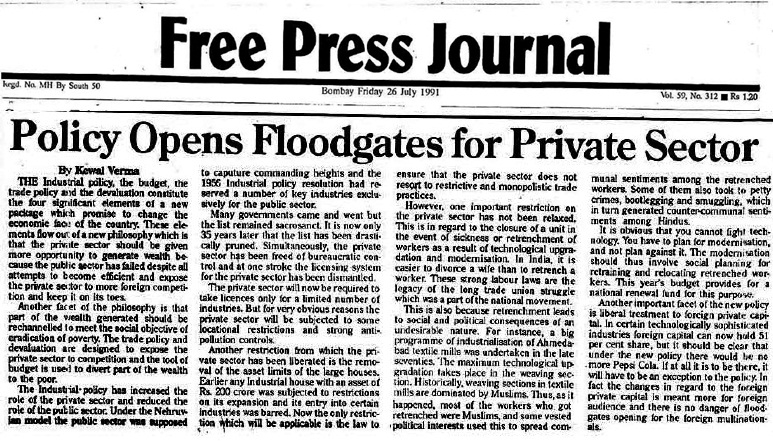 The budget received strong criticism from the opposition and describing it as a ‘command’ budget of IMF. According to an article published in The Free Press Journal dated July 25, 1991, the opposition leaders were particularly critical of the withdrawal of subsidy on fertiliser, hike in prices of petroleum products and the rise in the duty of sugar which, they felt, would severely affect the middle class and poor people. However, the Congress (I) leaders welcomed the budget saying this was 'an excellent budget' in the present situation of economic crisis. 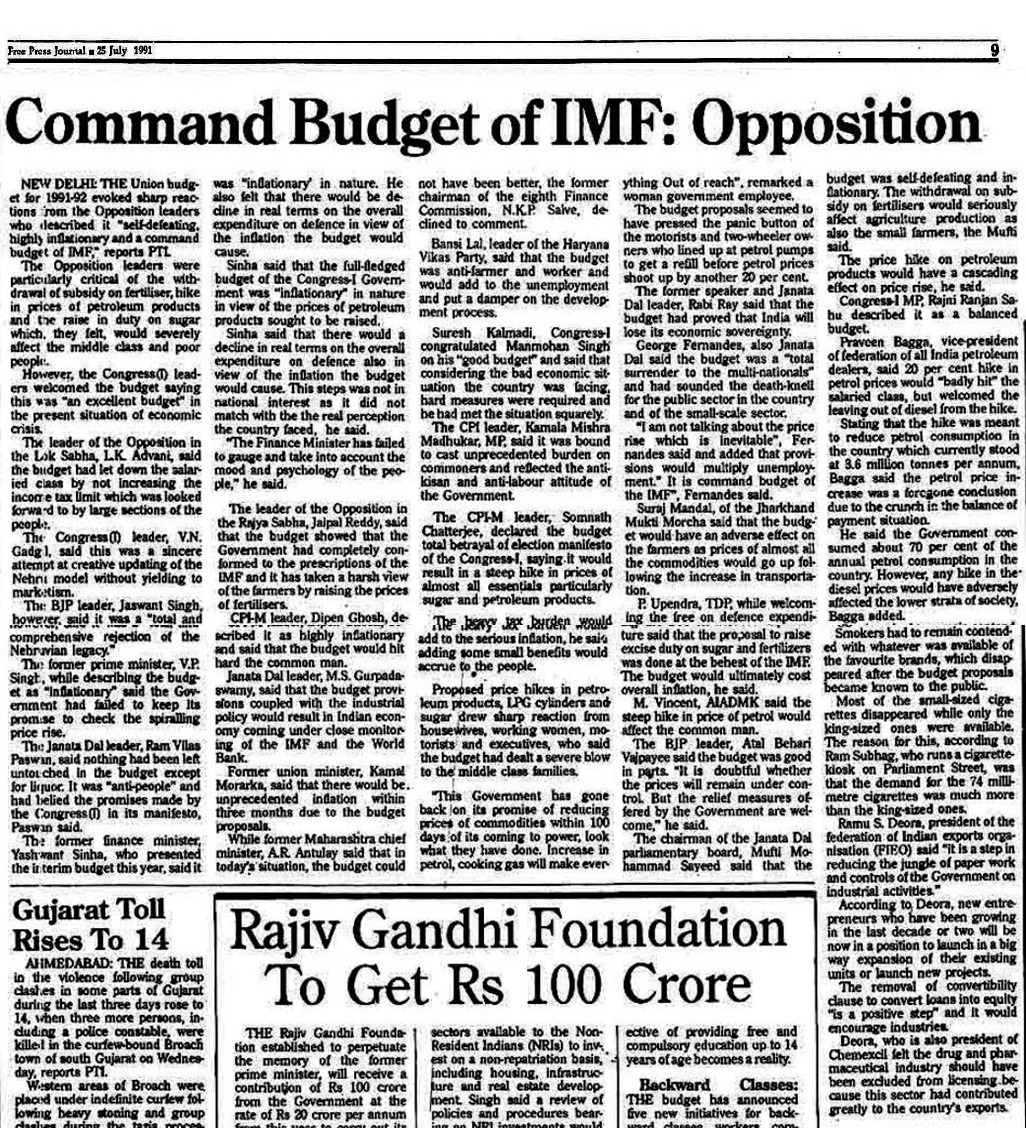