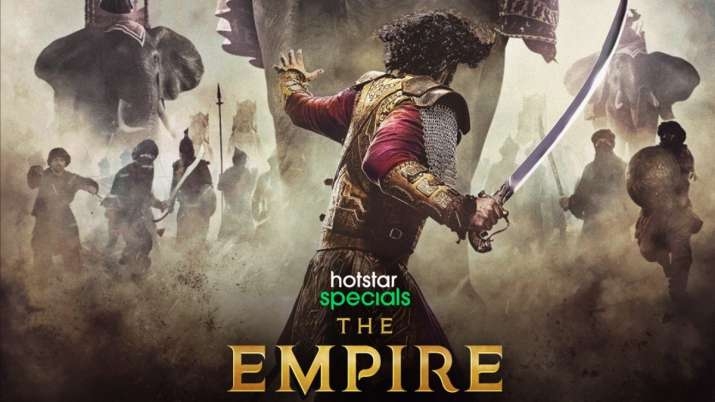 Filmmaker Nikkhil Advani-created series "The Empire" is based on the novel series 'Empire of the Moghul' by Alex Rutherford.

The series focuses on the rise and fall of the Mughal empire through generations from Babur to Aurangzeb.

The story starts in Farghana where a young prince Babur is the heir to the king. Ousted at a young age he begins his campaign for the conquest of north India.

The series however has invited backlash on Twitter with hashtags such as “Ban The Empire Series" and “Uninstall Hotstar" becoming top trends.

Talking about the fear of having eyebrows raised over the tale of 'The Empire', Advani had told IANS: "Of course, that is there and that is something I had thought I was doing on 'Batla House' because 'Batla House' as a subject can be interpreted from the students or from the cops. It is all about interpretation."

'The Empire' is a fictional saga of a warrior-turned-king based on books by Alex Rutherford, a pen name of two authors, Diana Preston and her husband Michael Preston. They are known for the six-book historical fiction series 'Empire of the Moghul'.

Advani said: "For me, the force field in this case has been the book. I am following the book. If you have an objection you need to understand that as a maker and storyteller I have been fascinated by the book and by the story they have told in the book."

Directed by Mitakshara Kumar and produced by Monisha Advani and Madhu Bhojwani, 'The Empire' will release soon only on Disney+ Hotstar. Why is 'Ban The Empire Series' trending on Twitter?