Tiananmen Massacre code in China: What happens when you Google May 35th?

If you run a search on Google for May 35th, this is one of the topics that will pop up as a part of the results on your web page.

Leap year jokes or unknowingly making a typo with dates around birthdays and anniversaries can be shrugged with a laugh. However, the same formula has been adopted in China to discuss the 1989 Tiananmen Square Massacre.

If you run a search on Google for May 35th, this is one of the topics that will pop up as a part of the results on your web page. It isn’t rocket science. The extended date stands for the June 4 massacre, which has been banned to be talked about in Chinese media.

Every year, June 4 is seen as a stark reminder of the day when thousands of students took over Beijing's Tiananmen Square, challenging the might of the Chinese government over democracy, free speech and free press. The protests followed the death of one CPC’s reformist leaders Hu Yaobang who was forced to resign as Party General Secretary.

The protests which started in April didn’t slow down despite the Martial Law declared by the government. As the movement escalated, the authorities ordered a military crackdown, by firing live rounds into the crowd.

Security was stepped up with police meticulously searching people entering the 109-acre area. The CPC which termed the protests counter revolutionary riots ordered the military to put down the rebellion of unarmed citizens, following which heavy violence ensued.

Hong Kong and Macau are the only places in China where people can commemorate the activists killed back then. Everywhere else in China, the authorities banned even oblique references to the crackdown.

China never said how many people died in the crackdown, but hundreds were believed to have been killed. The events of June 4 have been wiped from the history books in China and any discussion of the crackdown is strictly censored and controlled.

Other codes include 63+1, 65-1, and 60+4 which refer to the date 6/4. This game of linguistics can be traced back to blogs and forums which subsequently turned digital after the launch of Weibo in 2009.

According to reports, hundreds to thousands protesters were killed, and as many as ten thousand were arrested. Many world leaders condemned the violation of human rights in China.

The massive square became famous all over the world with an iconic picture of a young man standing before a row of battle tanks on June 5. The picture was captured by Charlie Cole, one of the photographers at the location.

Read Also
What is Tiananmen Square Massacre? The brutal military crackdown that killed hundreds of students in... 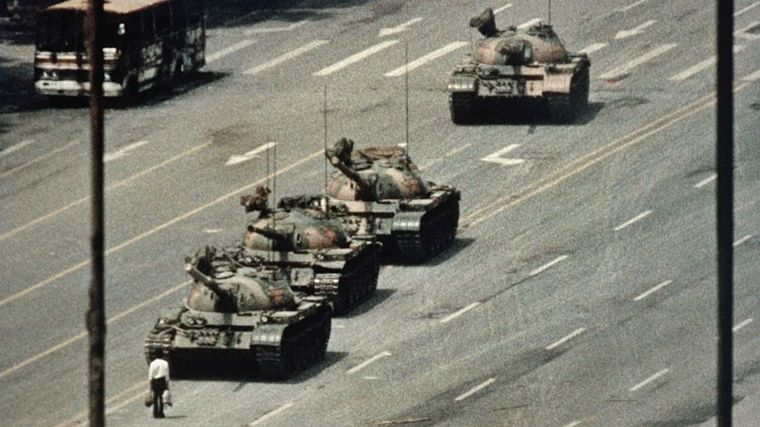 HomeViralTiananmen Massacre code in China: What happens when you Google May 35th?