Notably, the development also led to early tea being taken as New Zealand were 13/1 in 4 overs on Day 3.
FPJ Web Desk 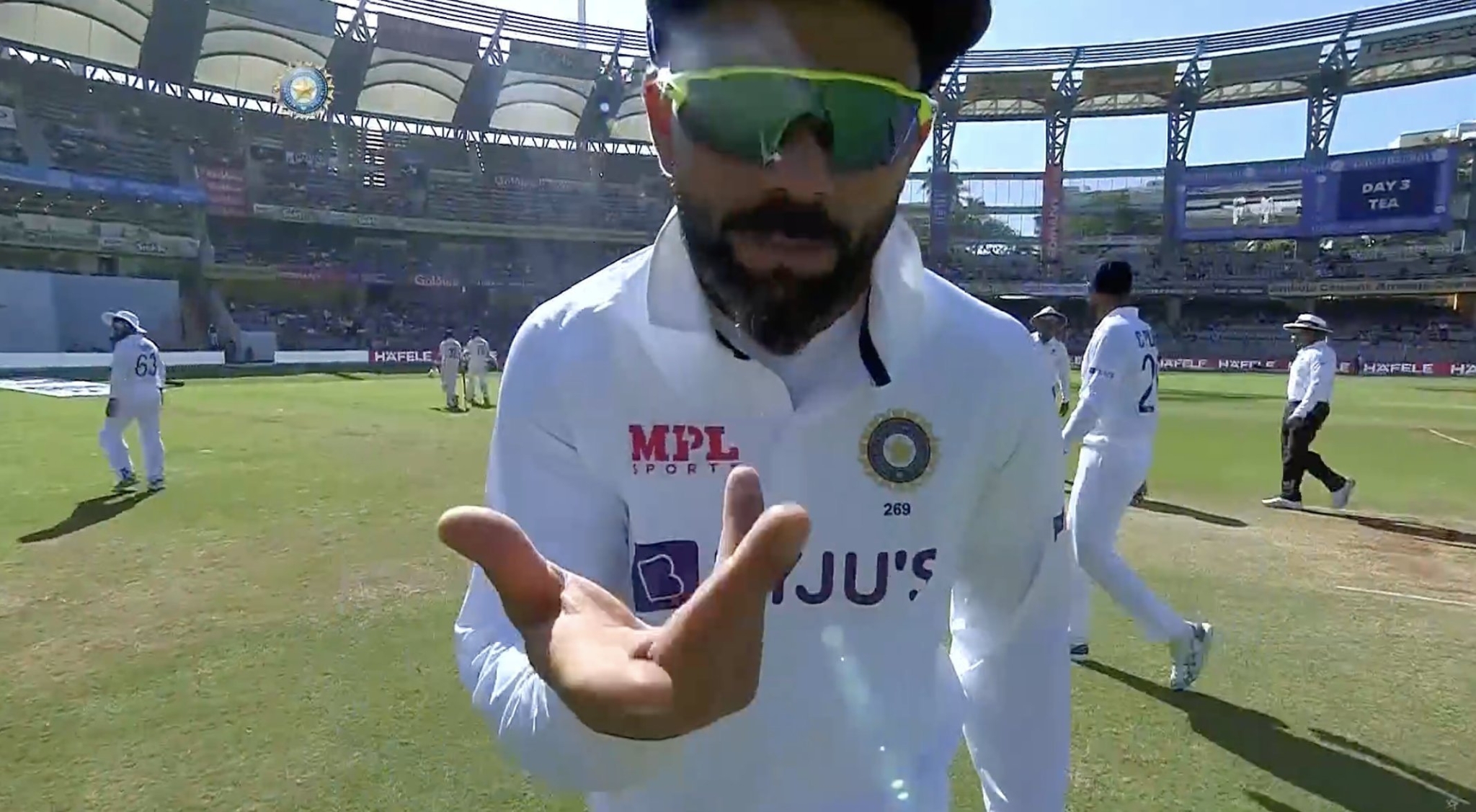 The India New Zealand series concluded with the hosts completely dominating the visitors and winning the final test by 372 runs at the Wankhede Stadium. Everything went according to the plans laid by Skipper Virat Kohli and his troops, however, there was something that the victorious side hadn’t anticipated for- disturbance by a spider cam.

Yes. During the fourth innings, when New Zealand were chasing a target of 540 runs to victory, the spider cam came close to the ground like an unwanted guest and refused to move. Baffled by this, Indian players took turns to personally meet the cam and poke fun at it. Mohammed Siraj, Bharat, Shreyas Iyer were seen approaching the camera, followed by Ravichandran Ashwin who could be seen playing with broadcasting equipment. Then, it was captain Kohli's turn to join the banter as he gave the lens a quick knock gesturing it to return to its original place.

Notably, the development also led to early tea being taken as New Zealand were 13/1 in 4 overs on Day 3. All of this was captured in photos and videos and later on shared around social media platforms.

Spider camera got struck on ground reaction of Virat kohli 😂