Hrithik is among the highest-paid actors in India and has won several awards, including six Filmfares, four for Best Actor and one each for Best Debut and Best Actor (Critics).
FPJ Web Desk 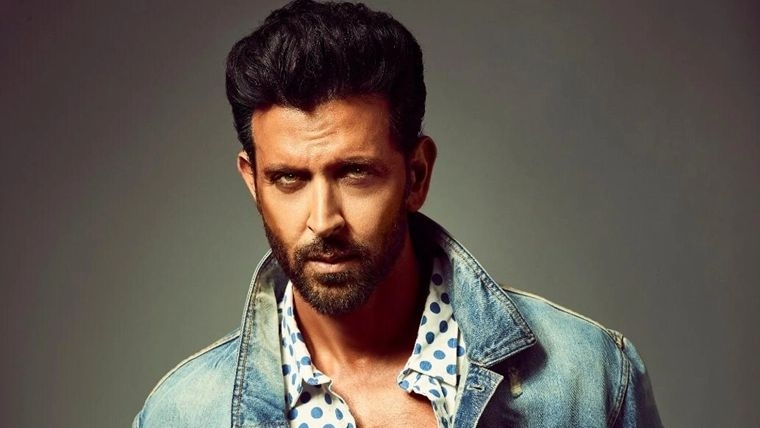 Bollywood star Hrithik Roshan, who turned 48 on Monday, with his enviable looks, acting prowess and flawless dancing skills, has been the quintessential heartthrob of the nation for almost 22 years now.

As the Greek God of Bollywood is celebrating his birthday today, millions of his fans took to Twitter to extend their heartfelt wishes for the mega-star.

~ You can't be both straight and love a guy
But the guy : @iHrithik#HappyBirthdayHrithikRshan #HrithikRoshan pic.twitter.com/WreypgQCcM

will forever be obsessed with arjun and laila <3#HappyBirthdayHrithikRoshan pic.twitter.com/4zk5sPimZh

To another year of growing in strength, wisdom and grace! Happy birthday #HrithikRoshan #HappyBirthdayHrithikRoshan pic.twitter.com/agl9iUIYjn

22 years have passed but HRITHIK ROSHAN is still d most unique thing ever happened to Indian cinema #HappyBirthdayHrithikRoshan pic.twitter.com/zImcgYbdkN

Happy Birthday to one of my most favorite actor. He is certainly one of the most fascinating and incredible actor this world has ever seen.
Thank you for your support HR sir when whole industry forgot how to speak , you stood up .#HappyBirthdayHrithikRoshan
...@iHrithik <3 pic.twitter.com/98Rdjh5bjX

Son of filmmaker Rakesh Roshan, he made brief appearances as a child actor in several films during the 1980s and later even worked as an assistant director on some of his father's films. Later, he made his debut as a leading actor with the landmark box office success that was 'Kaho Naa... Pyaar Hai' in the year 2000 and became an overnight sensation with this movie.

Today, Hrithik is among the highest-paid actors in India and has won several awards, including six Filmfares, four for Best Actor and one each for Best Debut and Best Actor (Critics). Though his Bollywood journey has had several highs and lows during the course of his career, one thing that is undeniable is the diverse roles that his filmography boasts of.

Be it Hrithik's portrayal of the developmentally disabled Rohit Mehra in 'Koi... Mil Gaya' or the Mughal Emperor Akbar in 'Jodha Akbar,' the actor has never shied away from experimenting with his roles.