A note from a boss warning his employees on charging phones at work has gone viral on the internet.
FPJ Web Desk 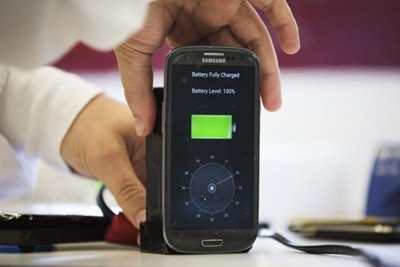 Have you ever charged your phone at your workplace? Might be that your boss finds it okay to charge the phone on the company's electricity unlike this one who terms the practice as 'electricity theft'.

It is a very common practice among job goers on putting their phones to charge at their workplace - be it even at the end of a tiresome day. But then, this boss is a little serious on such behaviour.

Annoyed with employees charging their phones at the office, a furious boss drafted a note for them claiming the action as 'theft of electricity.' A Reddit user posted this note with the caption, "One of a seemingly endless series of unreasonable notes left by my boss. It’s great here."

The boss, whose note went viral on the internet, got so angry that he even threatened his employees to deduct money from the salaries of employees who charge their phones. The note written by the boss and posted by an employee reads, “Nobody is entitled to ‘charge up’ any mobile phone or other electrical devices on these premises. It is theft of electricity, and you may find a deduction has been made from your pay. “Phones should be switched off.”

According to India Times, 'Under the new rules, employers could face penalties for contacting workers outside of office hours. Companies will also have to help pay for expenses incurred by remote working, such as higher electricity and internet bills.'