In the video the leopard can be seen batting at his opponent, while the monitor lizard lashes out with his tail.
FPJ Web Desk 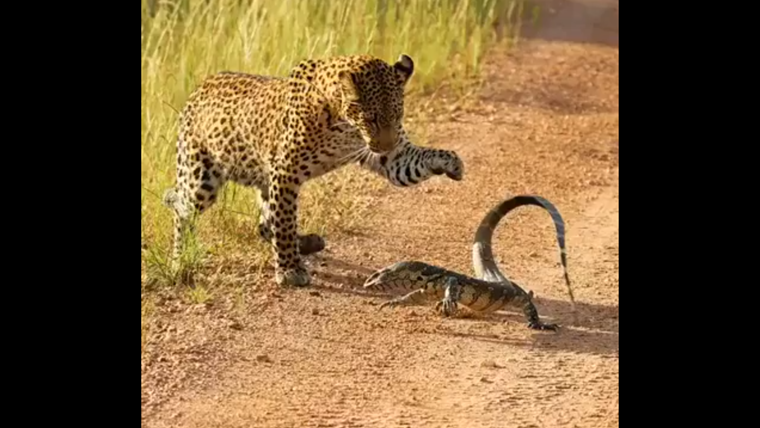 A video of a leopard cub engaged in a fierce battle with a monitor lizard has taken the internet by storm.

The video that is fast going viral began making the rounds on social media applications and was recently shared on Twitter by Indian Forest Service officer, Parveen Kaswan.

In the video the leopard can be seen batting at the lizard while the latter furiously whips his tail back and forth to deflect the blows. Watching the video one does not know quite who to root for, even though the cub eventually wins the showdown.

As Kaswan wrote in his post, "This lizard is a fighter but #Leopards are excellent hunters."

Animal videos are a favourite among netizens and this was no exception. The video has so far been liked over three thousand times'.

While we're still taking about animal stories, take a look at this cheetah whose best friend is a dog. Bowie the labrador and Nandi the cheetah are friends who have grown up together. They live in the Turtle Back Zoo in New Jersey.

Posted by Turtle Back Zoo on Wednesday, December 4, 2019