After idli in chai, video of chicken tikka soaked in tea has left netizens in splits 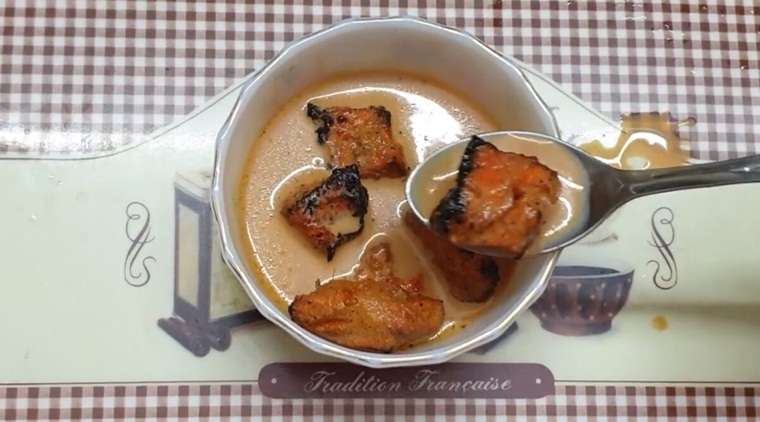 There are people who like to experiment with food and then there people who take this experiment to the next level. If you thought eating idli with chai was an unusual sight, then now a person has created a storm on social media by dunking “Chicken Tikka” in tea.

According to reports, the same person's recent move to eat idli dunked in tea has made the Internet go berserk. The person who goes by username, u/pocoschick on Reddit shared the video with caption, “Hey, Guys! When I posted the tea & idli video, u/wromit suggested that I should try "tandoori leg" with tea. I couldn't find a leg piece, but I found what they call “Tikka.” At first, I wasn't too sure about it, but after I tried it, I'm really digging the flavor. The after-taste was decent”

In the 25 second video the user can be seen pouring a cup of tea over a bowl full of chunks of chicken tikka. After the bowl is filled with tea, she mixes chicken and tea and eats the mix.

One user commented, “Why do you keep terrorising us like so? Who has paid you? ISI? How can they tolerate this either? Why you do this to me?”. Another user wrote, “Poor chicken, got butchered twice”. One user jokingly wrote, “how did you manage to ruin an entire decade within the first day”.