BJP MLA Shankar Ghosh wanted to raise the issue in Zero Hour but was not allowed by Speaker Biman Banerjee who said it was not listed in the questions.

BJP legislators walked out of the West Bengal Assembly on Tuesday at the end of the first half of the day's session demanding Chief Minister Mamata Banerjee make a statement on the floor of the House on the death of eight people allegedly after their houses were set on fire at Rampurhat in Birbhum district.

BJP MLA Shankar Ghosh wanted to raise the issue in Zero Hour but was not allowed by Speaker Biman Banerjee who said it was not listed in the questions.

Shouting 'Vande Mataram' and 'Dhikkar Dhikkar'(condemn) , Ghosh and 40 members of the saffron party walked out of the House.

He later told reporters in the assembly compound that political killings are taking place in the state after the announcement of the assembly poll results last year.

Even ruling party representatives are being killed, and the chief minister who also looks after the law and order department is silent, Ghosh said.

"Today we did not disrupt the session in the first half. We took part in discussions related to education and irrigation and health. But once we got the news about the death of the ten people in an act of arson by ruling party activists, we wanted to list the issue for Zero Hour. The Speaker did not allow. We demanded the statement of the chief minister. But when our demands are not heard, we are left with no other option but to walk out," he said.

However, a senior police officer told reporters here that seven charred bodies were recovered from one of the burnt houses in Bogtui village, while one injured person died in a hospital.

Ghosh said the party wanted the chief minister to resign for her "failure to control the worsening law and order situation" in the state.

BJP chief whip Manoj Tigga said the legislature party will decide whether to abstain from the House during the rest of the day.

The incident took place within an hour after the alleged murder of a TMC panchayat leader on Monday. 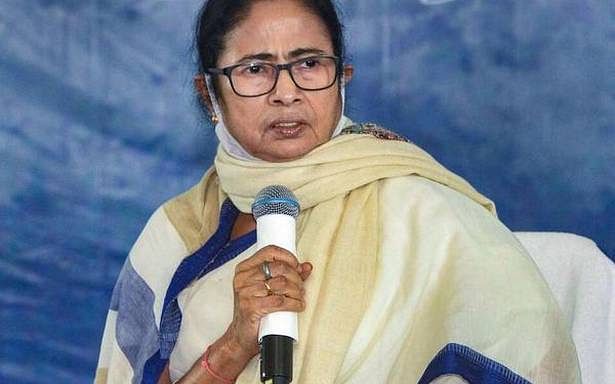