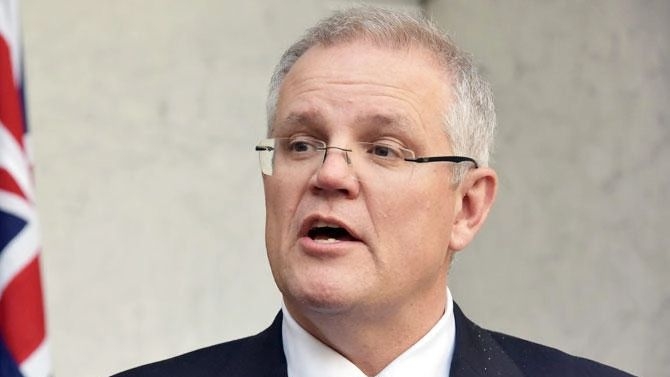 Sydney : Stating that Australia and India share a deep friendship, Prime Minister Scott Morrison on Thursday said that both the countries are making great progress in many areas including space, science, digital technology.

"Australia-India shares deep friendship and our relations will grow even more with time. We are making great progress in so many areas including space, science, digital technology. It's an honour for Australia that PM Modi is addressing Sydney dialogue," he said.

"It is a great honour for the people of India that you have invited me to deliver the keynote at the inaugural Sydney Dialogue. I see this as a recognition of India's central role in the Indo Pacific region and in the emerging digital world," PM Modi said.

Underlining the impact of the Digital Age, PM said "we are in a time of change" that happens once in an era, where technology and data are becoming new weapons.

He said the Digital Age is changing everything around us. "It has redefined politics, economy and society," he added.

"It is raising new questions on sovereignty, governance, ethics, law, rights and security. It is reshaping international competition, power and leadership," the Prime Minister said while speaking on the theme of "India's Technology: Evolution and Revolution".

"As a democracy and digital leader, India is ready to work with partners for our shared prosperity and security. India's digital revolution is rooted in our democracy, our demography and the scale of our economy. It's powered by enterprise and innovation of our youth," said PM Modi during his keynote address.

Noting that India's digital revolution is rooted in its democracy, Prime Minister Narendra Modi listed out "Digital transitions shaping" the country, at the inaugural edition of The Sydney Dialogue.

Prime Minister said that India is "turning the challenges of the past into an opportunity to take a leap into the future. While speaking on the theme of "India's technology evolution and revolution", PM Modi noted that there are five important transitions taking place in India.

"One, we are building the world's most extensive public information infrastructure. Over 1.3 billion Indians have a unique digital identity. We are on our way to connecting 600,0000 villages with broadband. We have built the world's most efficient payment infrastructure, the UPI. Over 800 million use the internet, 750 million are on smartphones." The Sydney Dialogue is being held from November 17-19. It is an initiative of the Australian Strategic Policy Institute. The event will also witness a keynote address by the Former Prime Minister of Japan, Shinzo Abe.