Actress Hina Khan has had an iconic journey from television to OTT and the international red carpets. She is one of the biggest fashionistas of the industry today.

Hina is all set to return to the festival which was lying low for the last two years due to Covid-19.

The actress was spotted at the Mumbai airport on Saturday as she jetted off to the French Rivera. Khan opted for a lavender co-ord set, quirky sneakers and cat-eye sunglasses. 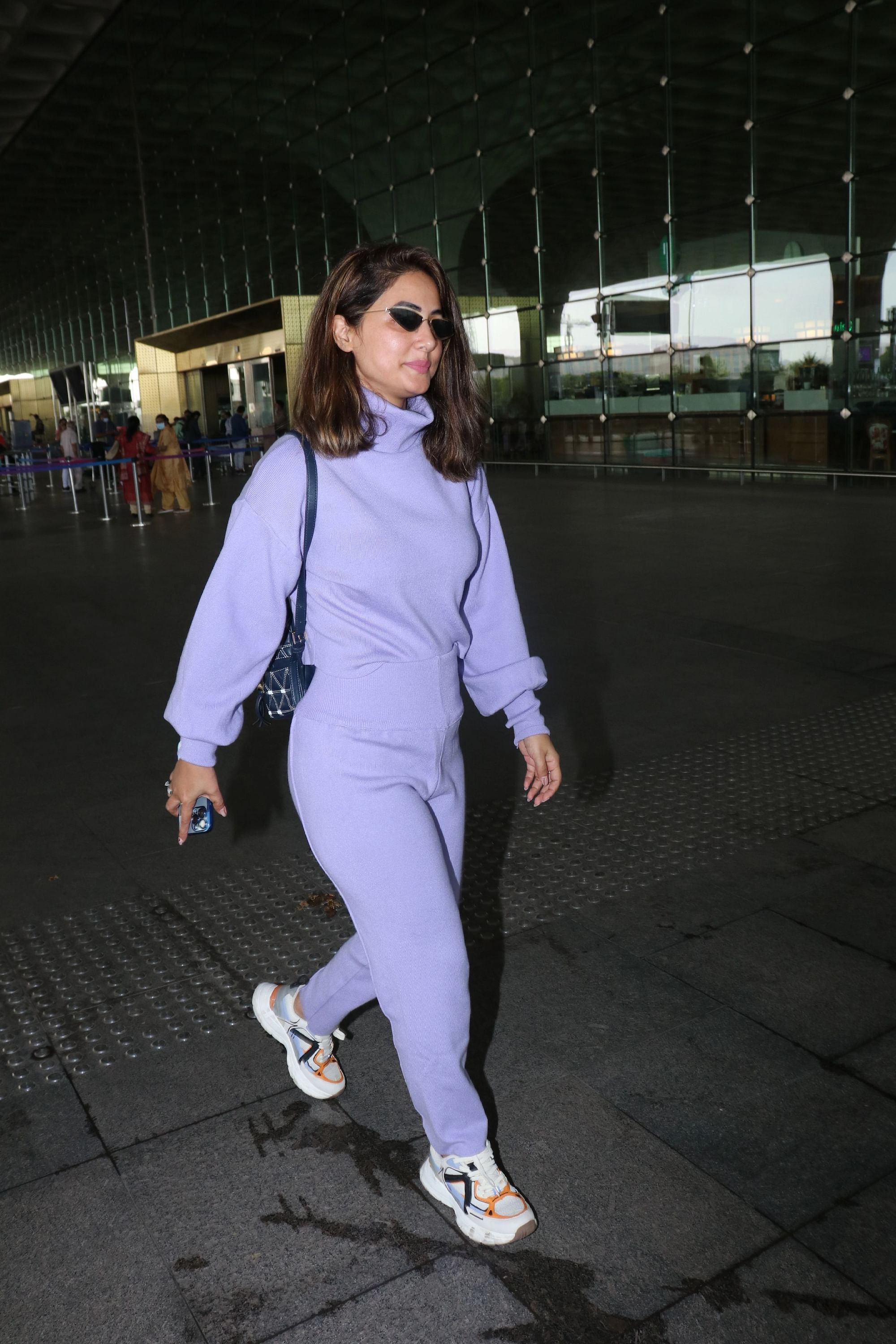 A source informed The Free Press Journal, "Hina's Indo English film 'Country of Blind' is all set for a poster launch at the Cannes Film Festival and hence Hina will be seen once again at the Cannes Red Carpet. All eyes are on Hina because she truly made a big bang in her debut year when she walked not once but twice and was appreciated for both her looks. Many celebrities and the entire industry cheered for Hina's journey and her hard work as she represented India at the biggest film festival worldwide."

Hina had launched the poster of 'Lines' in 2019 at the Cannes Film Festival and later went on to sweep many awards for the film.

'Country of Blind' is directed by Rahat Kazmi and co-produced under the banner - Hiro’s Faar Better Films.

Besides Hina, actress Helly Shah, best known for her roles in TV shows such as 'Swaragini' and 'Ishq Mein Marjawan 2', will also make her debut at Cannes Film Festival this year.