OnePlus to revel OnePlus Concept One smartphone at CES 2020

While the company has not yet revealed much about the launch event until now.
Jitendra Soni 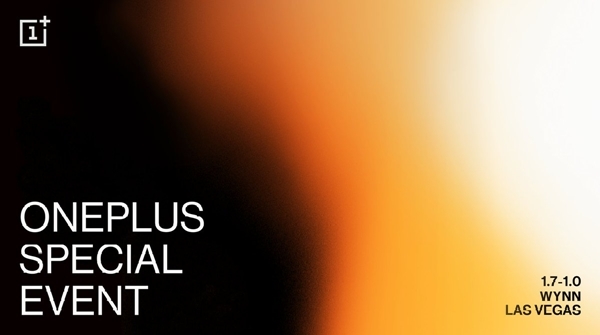 A couple of days back we shared a story about OnePlus planning to host a surprise launch event at CES 2020. This came as a surprise since OnePlus is not known to launch products at this time of the year and the fact that OnePlus has never been present at CES till now.

While the company has not yet revealed much about the launch event until now. However, going by its latest post made on its official account on Chinese social media site Weibo, it looks like the company is planning to unveil a new concept smartphone called OnePlus Concept One.

The content on the post roughly translates to “OnePlus Concept One, A plus first concept machine “along with the date as of January 7th at Las Vegas. This is accompanied by a teaser video which, unfortunately, does not reveal much. 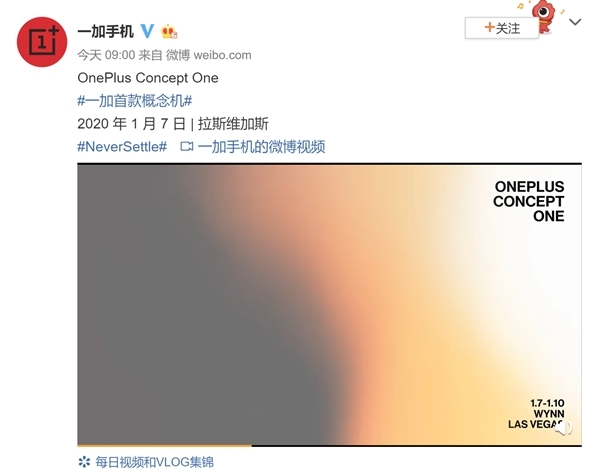 The previous reports suggested that OnePlus might reveal a pair of true wireless earbuds or showcase its mid-range smartphone OnePlus 8 Lite or even some of its upcoming products around 5G technology.

However, todays post on Weibo suggests that it could be a concept phone with some cutting edge technology and may have the same black and orange colour combination similar to its McLaren series phones.

OnePlus, which has just completed 6 years in the industry today, is still a young brand but has carved its niche with high specced smartphones at very aggressive pricing.

It has recently launched smart LED TVs in various markets and the next big thing that the fans can expect from this brand is a foldable smartphone along the lines of Moto Razr or Galaxy Fold.

Though at this point of time most of these are just speculations and we will have to wait for the company to reveal more information about the upcoming launch. Till then, stay tuned