Many brands have started to focus on this low price tier to attract first-time users and acquire the smart band user base. 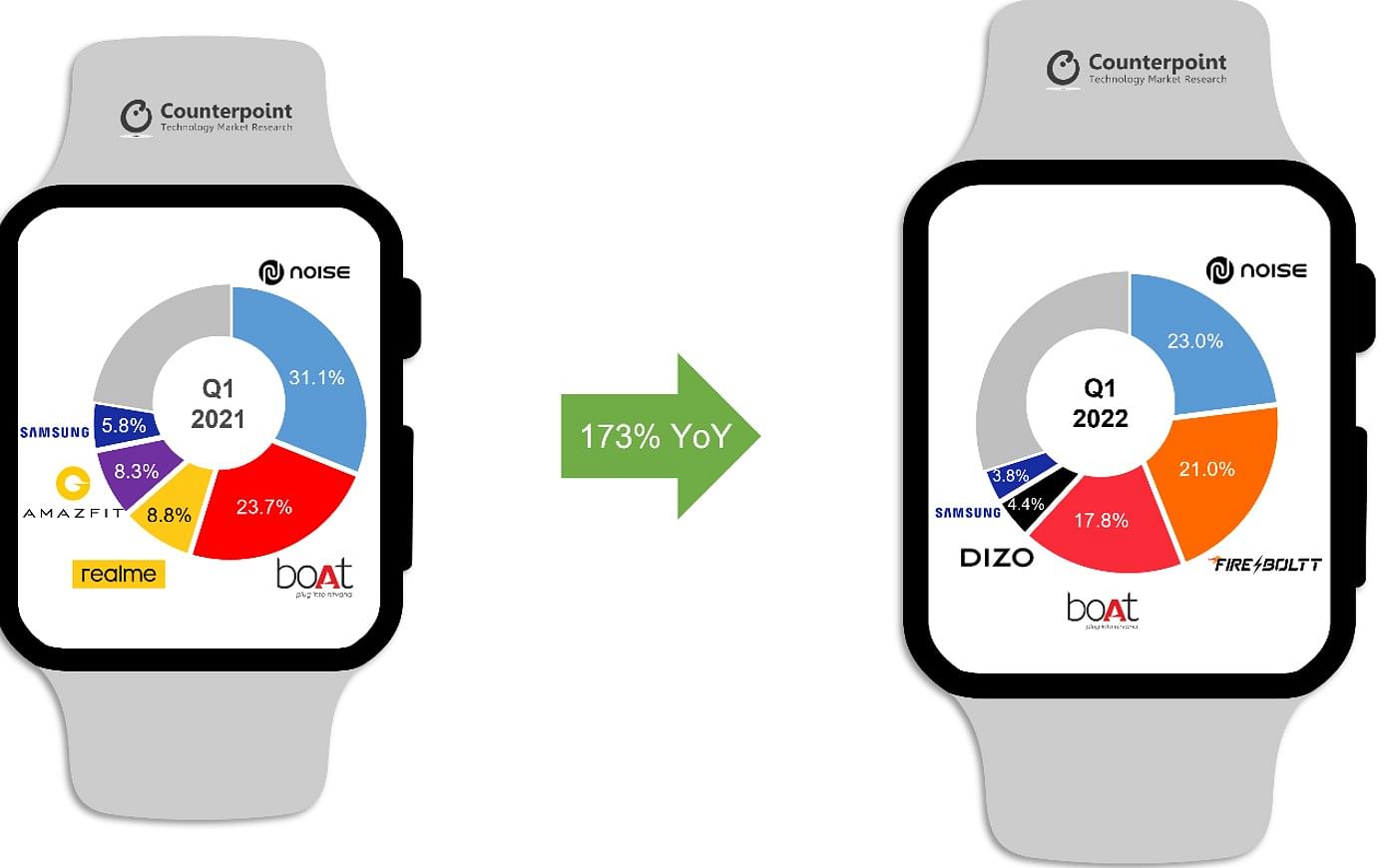 This is attributed to growing consumer interest, multiple launches during the quarter and the availability of various discount offers and promotions.

Commenting on the market trends, Senior Research Analyst Anshika Jain said, “The contribution of the <Rs 5,000 ($67) price band increased to 87 percent from 78 percent in Q1 2021. The Rs 1,000-Rs 2,000 ($13-$27) retail price band reached its highest-ever share of 14 percent from just 2 percent a year ago. Many brands have started to focus on this low price tier to attract first-time users and acquire the smart band user base. Consumer awareness has also increased in this segment due to brands’ continuous efforts on marketing and promotions through online and offline channels.”

On brands, Jain said, “The top three brands captured 60 percent share in Q1 2022. Noise led the overall smartwatch market driven by its value-for-money offerings, the addition of relevant features to its product portfolio and emphasis on the Make-in-India scheme. Fire-Boltt emerged as the second-largest player for the first time due to its focus on affordability and the introduction of feature-packed products. Fire-Boltt has a good offline presence and targets multiple smartwatch segments like fashion, lifestyle, fitness and luxury. boAt captured the third spot. It also refreshed its portfolio in Q1 2022 with five new models.”

Commenting on product features, Research Analyst Harshit Rastogi said, “The brands are pushing larger displays, which consumers are readily accepting. By pushing larger displays, the brands are also attracting smart band users as these bands have limited functionality due to smaller displays. The contribution of the >1.5-inch smartwatches increased to more than half of the total smartwatch market from just 11% last year. In addition, some of the most demanded features like SpO2 are now present at all price levels. Blood pressure monitoring as well as voice assistant are trickling down to lower price bands to attract budget-conscious customers.”