Meta on Tuesday introduced the new Meta Quest Pro, a high-end VR headset and went into details about how they will improve social VR.

On Tuesday at Meta Connect 2022, Facebook's parent company dropped the codename of their next VR device and introduced Meta Quest Pro. They went into detail of how they will be improving and focusing on social VR through partnerships with Microsoft and YouTube. They also announced that they will be introducing avatars on WhatsApp, Messenger and video chats.

Meta Quest Pro priced at $1,499.99 is a high-end headset that will hit the market on October 25. The device will give people an experience of full-colour mixed reality. Meta introduced this new headset with the hopes that people will be able to use it to work and play in the Metaverse.

The pancake lenses help reduce the size of the headset and show sharper visuals. It also features a new curved battery and high-resolution outward-facing cameras that capture 4 times as many pixels as its predecessor.

Meta has also advanced inward-facing sensors to help capture natural facial expressions. The idea is to improve users social presence and make them feel like they are right there with the person. This is because when the earlier VR set was launched it was boring for users as most of their time was spent alone.

During the event, Satya Nadella, Microsoft Chairman and CEO announced that they will be partnering with Facebook to improve and advance the tools to be used in Meta Quest Pro and Meta Quest 2 next year. These include apps like Microsoft Window 365 and Microsoft Teams that will give the users the ability to join a team meeting from inside Meta Horizon Workrooms. 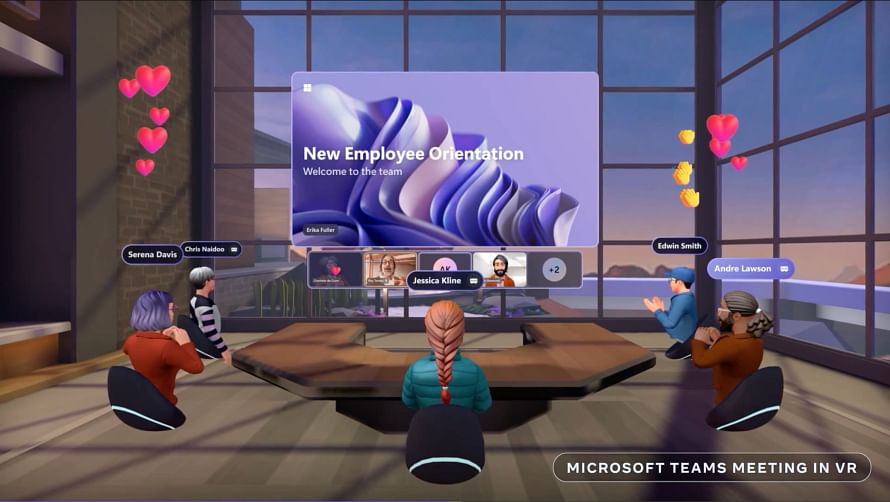 Meta is also planning to develop Meta Horizon Worlds so that users can through calls or messages visit friends hanging out with VR. The company is also having tie-ups with the YouTube VR team that will help the users watch YouTube videos together. These collaborations with YouTube and Microsoft will help Meta focus and improve social VR so that the users can work, play and communicate with each other as they would normally do when they are present together in the physical world.

Meta has also unveiled the next generation of Meta Avatars that are going to be more expressive and detailed. They are also going to be introducing these avatars to video chat, Messenger and WhatsApp.

WhatsApp users can now forward media with caption and message themselves