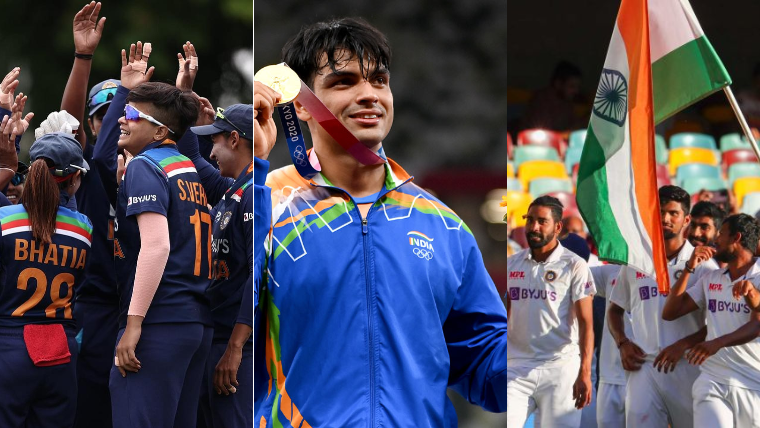 As the year winds down, it is only apt that we look back at some of the high points of 2021, from the prism of sports. It was a year where India reached the highs not just in cricket but also in Olympics and badminton.

FPJ looks at the top five moments for India in sports in 2021.

India ending Australia’s streaks: It was a year that saw both India men and women end records held by the respective Australia. Touring Down Under, the men’s side registered their second successive series win in Tests in Australia. During the course, they beat Australia at the Gabba in Brisbane, ending their 32-year reign at the venue, called Gabbatoir because of their dominance. A few months later, the women’s team from India beat Australia in the final ODI of the three-game series to end Australia’s record streak of 26 successive wins in the format. The current Women’s T20 World Champions had last lost an ODI in October 2017 before going down to the Mithali Raj-led side in 2021.

Neeraj Chopra’s Gold: Chopra became just the second Indian after Abhinav Bindra to win an Olympic gold, when he aced the Javelin Throw contest in the Tokyo 2020 edition. He clinched the medal with his second throw of 87.58 metres on his debut. Following his show, he became the second-ranked athlete in international men’s javelin throw.

The hockey show: In the Tokyo 2020 Olympics, India’s men and women’s teams put on a record performance earning plaudits from world over. The women’s team, led by Rani Rampal, made the semi-finals for the first time. They eventually lost the semis to Argentina before narrowly going down to Great Britain in the bronze medal match. The men’s team , on the other hand, made the semis of the hockey event for the first time since 1980. They lost to Belgium in the semis and then beat Germany to clinch bronze. It was the first time after 41 years that the Indian men’s hockey team won an Olympic medal.