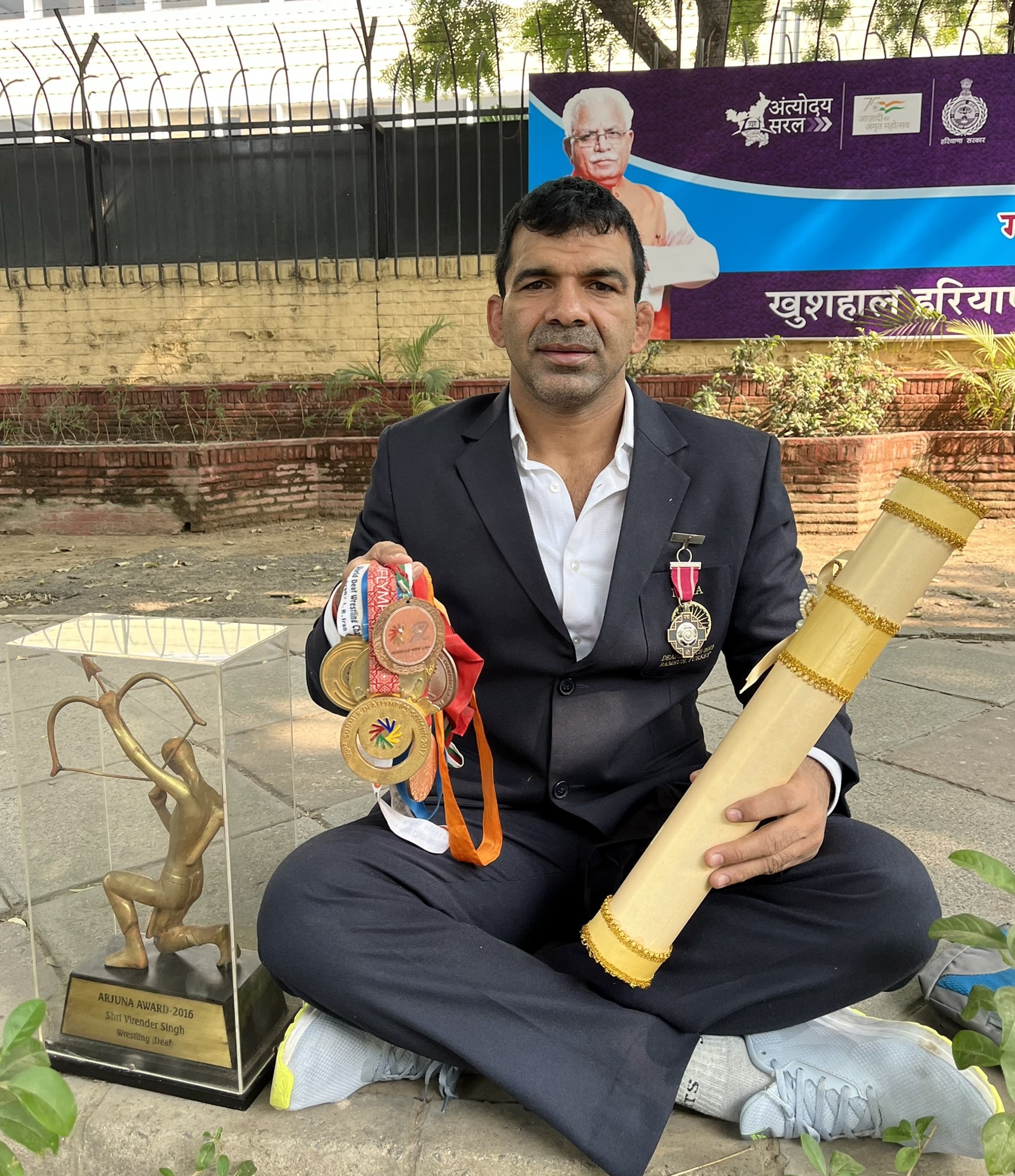 Singh will camp outside Delhi's Haryana Bhawan till his demands are met —even if it means spending the night on the footpath, his relative Rambir Singh told FPJ on Wednesday.

"We came here at noon. We will stay here till we hear from the CM. Until now, nobody from the government has tried contacting us, so we will continue our protest," Rambir said.

Singh received the Padma Shri from President Ram Nath Kovind at a ceremony at the Rashtrapati Bhavan here on Tuesday, a photo of which was tweeted by Khattar, congratulating the celebrated grappler who inspired an acclaimed documentary on his life called 'Goonga Pehelwan'.

Singh, who was born in Sasroli near Jhajjar in Haryana, cannot speak or hear. On Wednesday, he posted a picture of himself sitting on the footpath outside the Haryana Bhawan with his Padma Shri, Arjuna Award and other international medals.

"Honourable Chief Minister ML Khattar, I am sitting on the footpath of your residence Delhi Haryana Bhawan and I will not move from here till you don't give equal rights to deaf players like the para athletes. When the Centre gives us equal rights, then why not you?" Singh tweeted.

These are his demands: He wants to be treated the same way as para athletes and be given Rs 6 crore and an 'A' grade government job which he says are given to para athletes. 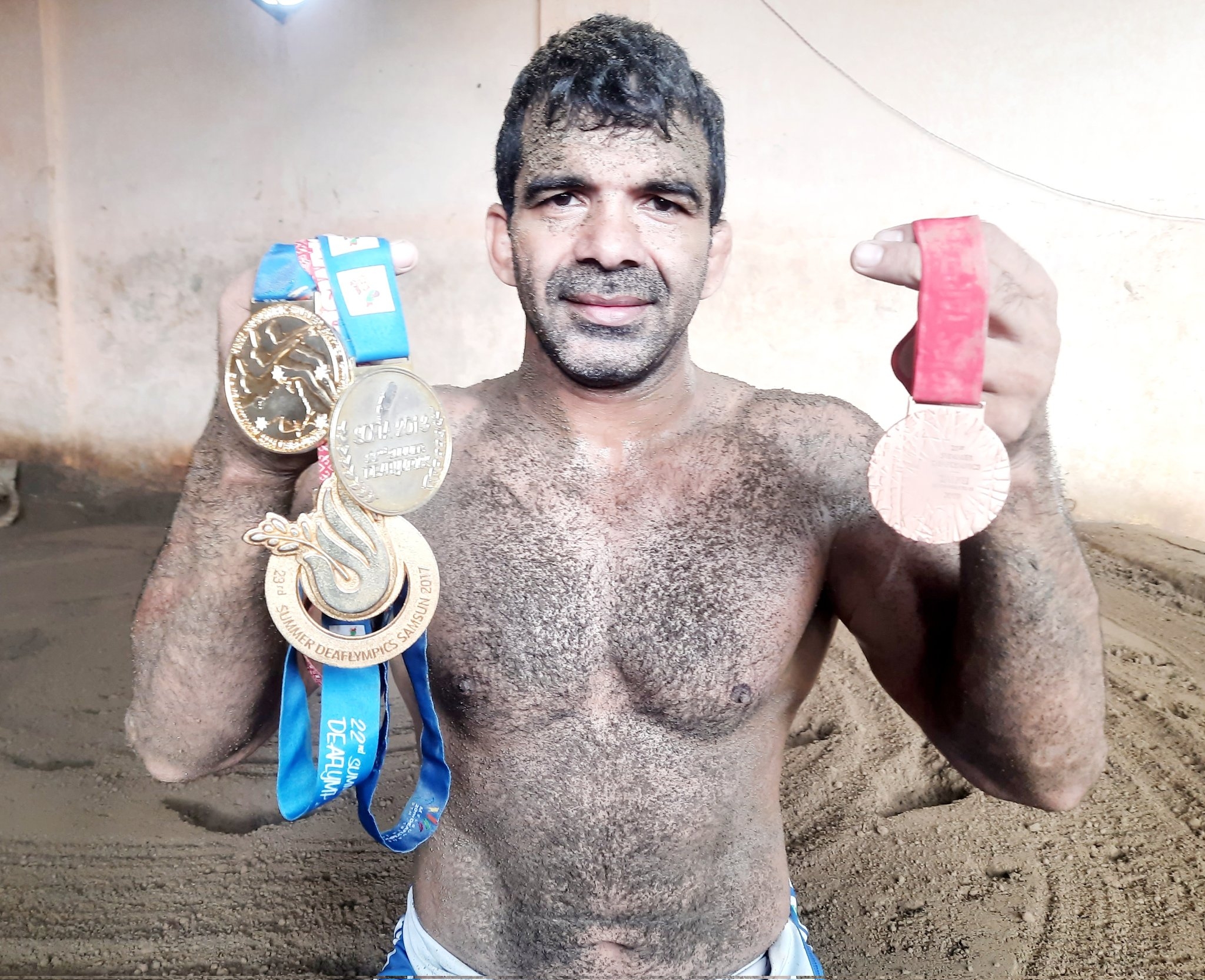 Singh has won three gold and a bronze medal in the Deaflympics while competing in the 74 kg weight division | Photo: Twitter

Singh has won three gold and a bronze medal in the Deaflympics while competing in the 74 kg weight division.

The issue is simple: There are no Paralympic categories for athletes who are only deaf and the International Committee of Sports for the Deaf (ICSD) is the body which conducts sports events specifically for them.

The Deaflympics is recognised by the International Paralympic Committee but deaf athletes are not a part of the more celebrated Paralympic Games.