Twenty-five members from the Indian contingent attended the opening ceremony amid the COVID-19 concerns in the Japanese capital.
FPJ Web Desk 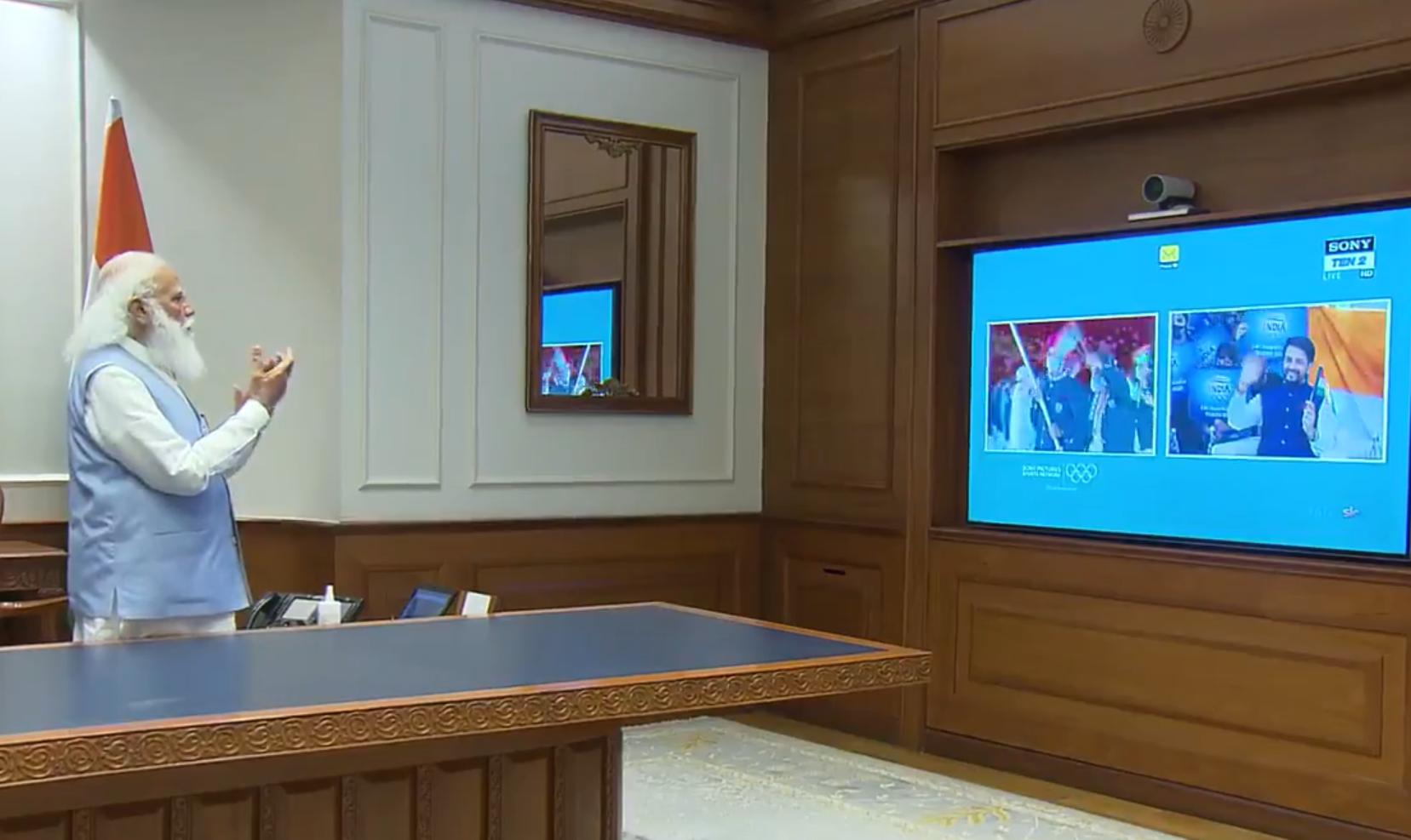 As the five-time world champion Mary Kom and men's hockey captain Manpreet Singh led the Indian contingent at the Parade of Nations during the opening ceremony of the Tokyo Olympics on Friday at the Japan National Stadium, Prime Minister Narendra Modi back home stood up to cheer for the athletes.

Union Minister for Youth Affairs and Sports Anurag Thakur was also seen waving the Indian flag as the Indian contingent made its way into the stadium.

Twenty-five members from the Indian contingent attended the opening ceremony amid the COVID-19 concerns in the Japanese capital.

Ankita Raina was added to the list of players who attended the event on Friday evening while Manika Batra and Sharath Kamal from the Table Tennis team did not attend the ceremony. Amit, Ashish Kumar, Mary Kom were among the eight boxers who were present at the function along with six Indian officials.

After much debate on the fate of the Tokyo Olympics due to the COVID-19 situation, the Games were finally declared open on Friday as fireworks kickstarted the opening ceremony in Tokyo at the Japan National Stadium.

With the emergence of COVID-19, many athletes had to train for the showpiece event in isolation and this was the highlight during the opening ceremony as performers showed how they have been connected by their hope and shared passion.

After the fireworks and lighting show, International Olympic Committee President Thomas Bach was welcomed on the stage. The IOC had decided that only six officials will be allowed per contingent.