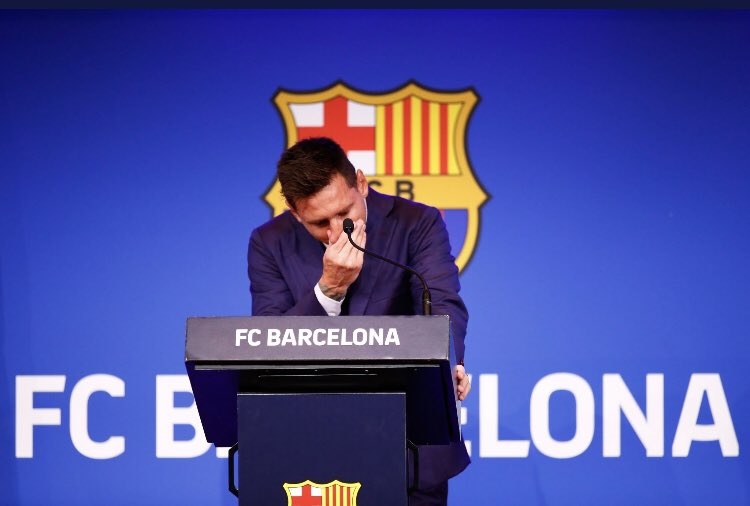 Argentine footballer Lionel Messi bade emotional farewell to FC Barcelona on Sunday during a press conference while interacting with the media.

The 24-year-old striker, who broke down as he received a standing ovation, said he tried to "behave with humility and respect, and I hope that's the memory that will be left of me".

“I was convinced to stay here at Barcelona. This is my home, our home. I wanted to stay at Barca and it was the plan… and today I’ve to say goodbye after my entire life here”, Messi said during the press conference.

Asked about his future with other clubs, He said, "I have nothing confirmed with anybody and has not decided anything on the future".

"I'm so grateful for the love people have shown me these years," he said while speaking at the news conference.

The striker who all his career had been a part of Barcelona, scored 672 goals in 778 appearances after making his senior debut in 2003.

The club announced Messi was set to leave as a new contract couldn't happen in line with financial fair play rules set by the Spanish league La Liga.

All 35 trophies he won during his time at the club were laid out for what the club described would be a private photo session after the news conference.

According to L'Equipe newspaper, Messi will travel to Paris on Sunday for medical tests with PSG later in the evening or early on Monday. The newspaper reported they were close to an agreement, citing Argentine sources.