HomeSportsUltimate Kho Kho: All you need to know When, Where, Format, Teams; Live on TV and online

The traditional indic-sport of kho kho has entered a new era with the inception of India's first-ever franchise-based kho-kho league.

Ultimate kho kho is promoted by Chairman of Dabur India, Amit Burman in collaboration with the Kho Kho Federation of India,

The tournament will be played from August 14 to September 4 at the Shree Shiv Chhatrapati Sports Complex in Balewadi, Pune,

Where to watch: Live telecast will be aired on Sony Ten 3 in Hindi and Marathi, Sony Ten 1 in English, and Sony Ten 4 in Tamil, and Telugu.

Tickets: Fans can book tickets for the matches on BookMyShow.com 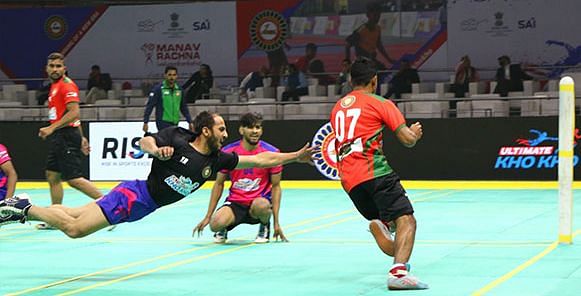