Cristiano Ronaldo left his mother in tears after he scored the 117th goal for Portugal at the stadium where he started his career.

The 37-year-old bagged a brace in his side's dominating 4-0 victory over Switzerland in the UEFA Nations League tie on Sunday.

Ronaldo’s goal came at the Estadio Jose Alvalade, the home of Sporting Lisbon.

The former Real Madrid and Manchester United star spent six years with the Portuguese giants as a youngster before making the move to Old Trafford in 2003, aged 18.

The Portugal captain, who struck a hat-trick when these sides last met three years ago on June 5, had not registered in five outings for his country coming into this match, his longest drought for the Selecao for ten years. 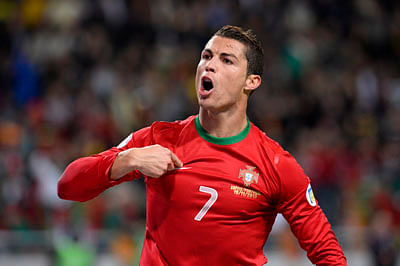