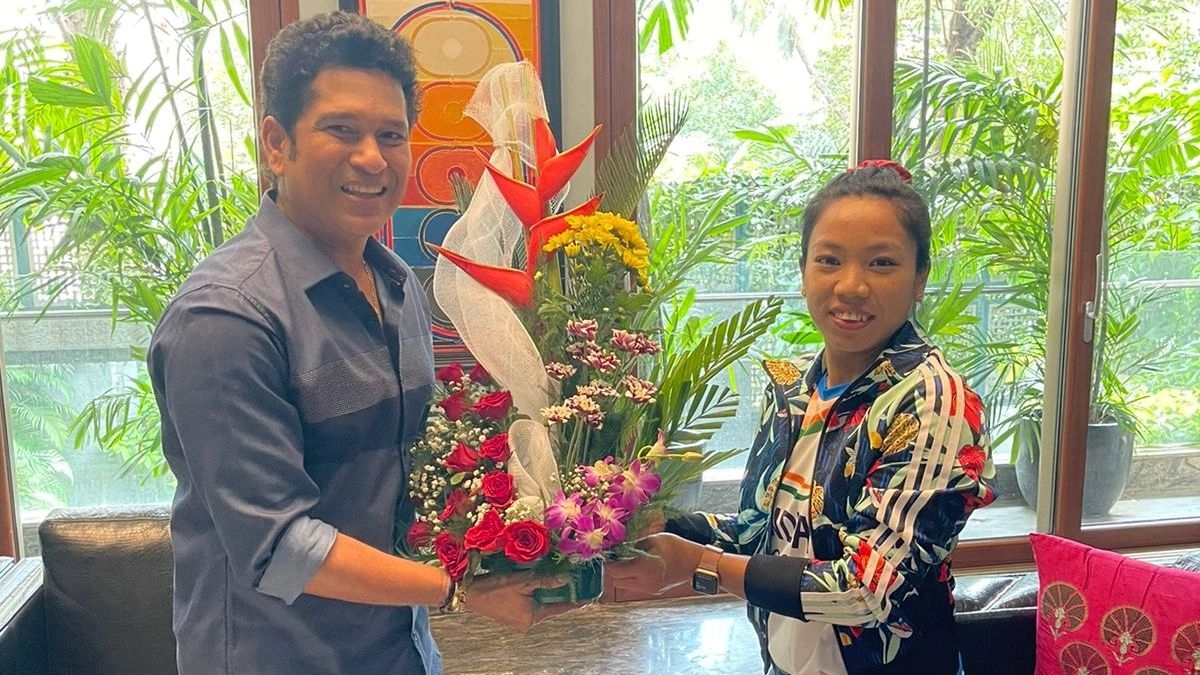 Saikhom Mirabai Chanu brought glory to the nation after winning the coveted silver medal at Tokyo Olympics in weightlifting. Since then, the superstar has been congratulated and greeted by many top celebrities and sports stars.

Recently, Mirabai met the 'God of Cricket' Sachin Tendulkar who congratulated the superstar weightlifter for her incredible performance. Mirabai took to Twitter after the meeting and claimed that she was highly motivated after meeting the iconic cricketer.

She said, "Loved meeting Sachin Sir this morning! His words of wisdom & motivation shall always stay with me. Really inspired."

On July 24, the 26-year-old weightlifter became the first Indian to win a medal in Tokyo Olympics and also the country’s first silver medal in women’s weightlifting. She lifted 84 kg and 87 kg successfully behind China’s Zhihu, who lifted 94 kg to create an Olympic record and win the gold.

For Mirabai, the fascination for the sport started at the age of 15 in 2006, when she was reading a chapter in her text book about Kunjarani Devi (the most decorated Indian sportswoman in weightlifting). She walked up to her mother and announced her desire to be a weightlifter and just in a decade she has become a force to reckon with in the country.

Moreover, On 15th August, as India celebrates Independence Day, Prime Minister Narendra Modi will invite Mirabai and the entire Olympics contingent to the Red Fort as special guests. Aside from the programme, he will also be inviting them to his residence for a personal meeting and interaction.