After registering two back-to-back wins, the Indian team suffered a narrow 2-3 defeat against Chinese Taipei in their final group clash of the ongoing Thomas Cup 2022 in Bangkok, on Wednesday.

The Group C tie saw a great fight from Indian players as they went down fighting against the Chinese Taipei men's team.

In the second match, the world number three doubles pair of Lee Yang and Wang Chi-lin see off the challenge of India's own world-top-10 pair of Satwiksairaj Rankireddy and Chirag Shetty.

The Chinese Taipei duo were comfortable in the first game, and while Satwik and Chirag provided a sterner test in the second, there was still a straight-games 21-11, 21-19 win for Lee and Wang.

After Chinese Taipei raced into a 2-0 lead in their tie against India, they were pegged back in the third match.

Kidambi Srikanth got the first point for the Indians as he defeated Wang Tzu-wei 21-19, 21-16 in a tiring 53-minute slog.

After a marathon second men's doubles, the fourth rubber of the tie, Chinese Taipei defeated India to top Group C. Lu Ching-yao and Yang Po-han took an hour and 16 minutes to see off MR Arjun and Dhruv Kapila, 21-17, 19-21, 21-19. That gave Chinese Taipei an unassailable 3-1 lead.

HS Prannoy then helped India in earning a second point in their tie against Chinese Taipei. Prannoy outlasted Lu Chia-hung 21-18, 17-21, 21-18 in an hour and seven minutes. 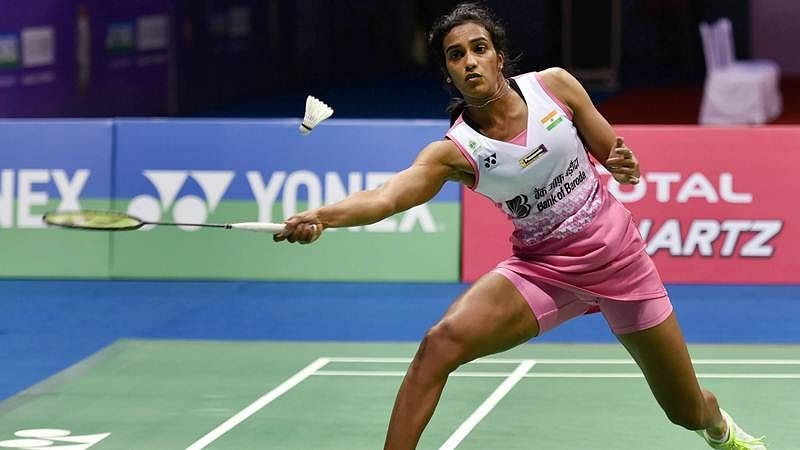