Adelaide: India team and fans might have had their heart in their mouth on Tuesday morning at the Adelaide Oval for a few minutes.

Rohit Sharma looked in extreme pain after throw down specialist Raghu hit on his forearm with a vicious delivery that dipped back into the India captain.

Rohit immediately called for the team physio and left the batting area to get an ice pack on his wrists. He was away from nets for a good 20 minutes or so and the tension in India camp was evident. Raghu looked so dismayed at what had happened just now. 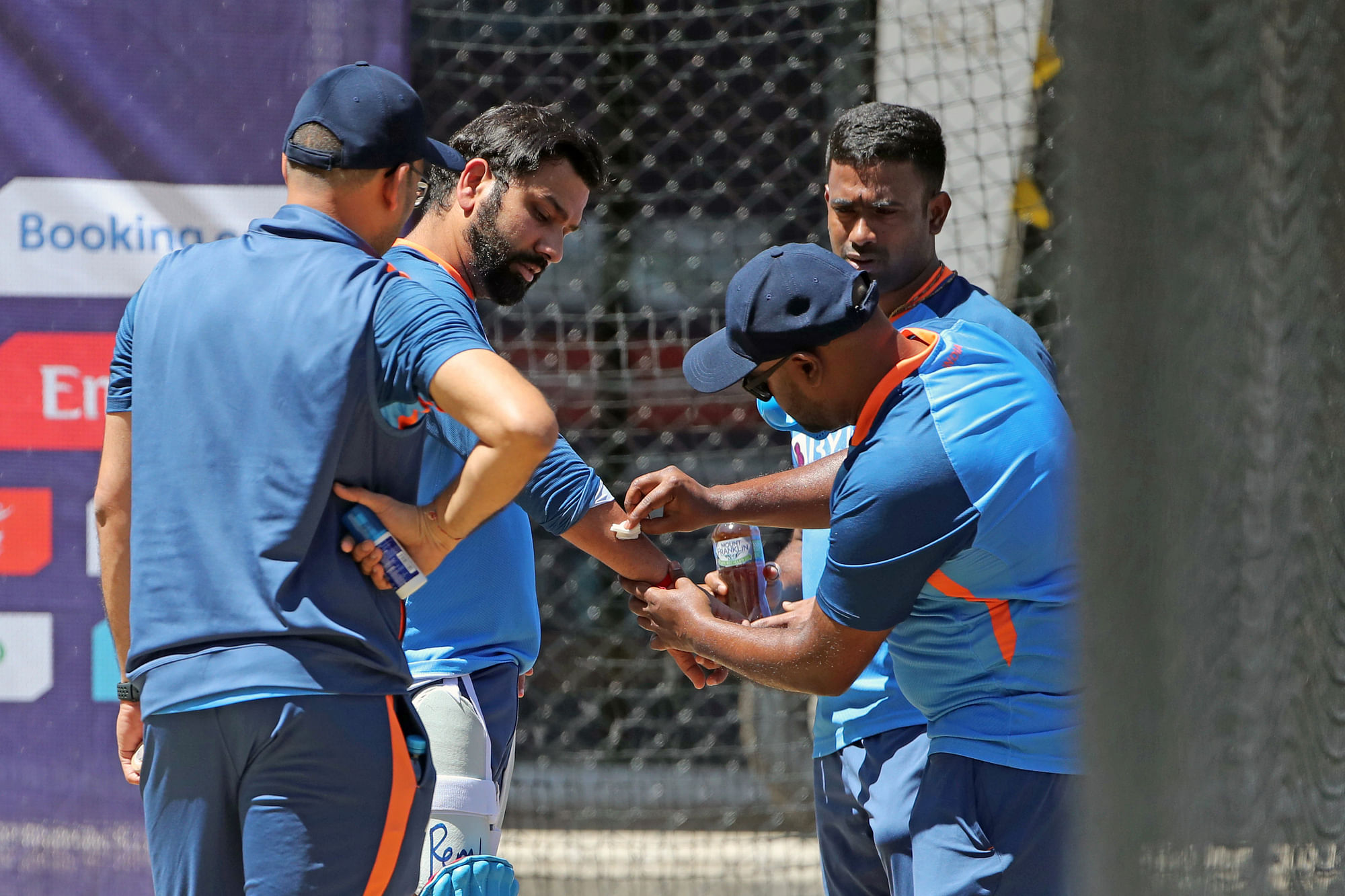 Mental conditioning coach Paddy Upton went and spoke to Rohit and tried to assess the conditions and much to the team’s relief Rohit soon entered the batting area.

But Raghu was nowhere to be seen even as Rohit enquired for him. “Where is Raghu? Bring him back,” Rohit was heard telling other support staff, and Raghu returned to the nets with a beaming face.

Rohit soon asked Raghu to bowl at him and the latter did so but not with full force.

Hari, the other throw down specialist with the Indian team, too joined the session and Rohit took it easy for the first few balls to get the feeling back to his hand before batting normally. But Rohit’s propensity to put a comforting arm around a rather scared support staff was touching indeed.

Rohit’s presence is important for India even though he has not really fired with the bat except a fifty against the Netherlands.

However, England are not taking him lightly based on current touch as they know the perils of such naivety.

“Rohit is one of the great players of your era, he is a world-class player and you can’t take him for granted especially in these big games. The format is like that and sometimes runs go missing but you can’t take that for granted,” said England all-rounder Ben Stokes.

In India’s last league match against Zimbabwe, Rishabh Pant played ahead of Dinesh Karthik. But on the optional net session at the Adelaide Oval on Tuesday Karthik spent a good session batting along with Hardik Pandya.

It might just tell us that Karthik might just get a nod in the the semifinal game against England as they also offer an off-spinner in Moeen Ali, who bowls the natural angle for Karthik to unfurl those sweeps and shots over cow corner.

India head coach Rahul Dravid too hinted that Karthik is not out favour simply because Pant played against Zimbabwe.

“Sometimes it's just matchups, what we think would be something that we might need here or going ahead, as well, into the next part of the tournament; what are the skills we might need against which are the kind of bowlers we might come up against,” said Dravid.

We might just see a reopening for DK then?