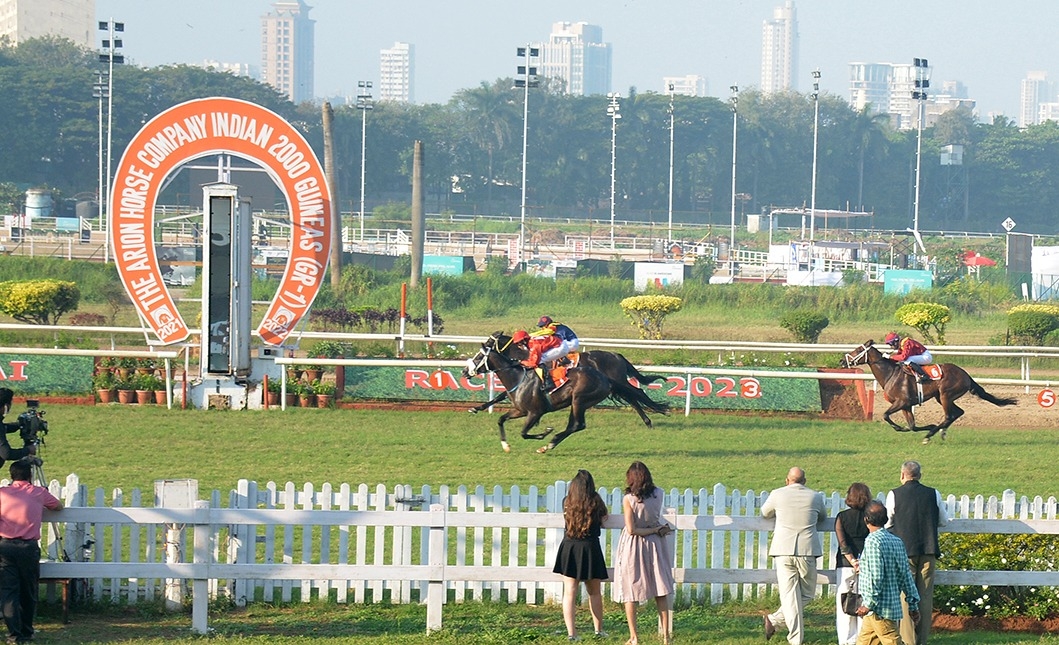 Suraj Narredu astride a horse during a race. | Photo: Special arrangement

While some race days are cancelled and races cut down due to the pandemic, nothing is stopping champion jockey Suraj Narredu hitting the winning post as the Bangalore-based rider nears the 200 Classic mark.

Suraj’s winning the Arion Horse Company Indian 2000 Guineas (Grade 1) at the Mahalaxmi race course astride A Star Is Born added his 87 Classic wins and is still counting.

However, there is a mixed reaction from his family around him. While his uncle Mallesh Narredu wants him to hit the 200-mark, his wife Riya also wants him to do so, but the fear factor looms large each time her school buddy and now husband Suraj, goes for racing.

“I am happy Suraj is the champion jockey in the country, and if he does cut the 200 Classic wins, he will be the only Indian to do so,” says Mallesh, a former jockey himself and now one of the champion trainers.

Narredus are ruling horse racing in the country. After Satish and Malesh had their share of laurels across the country astride these beauties, now it is Suraj who is carrying forward the legacy. 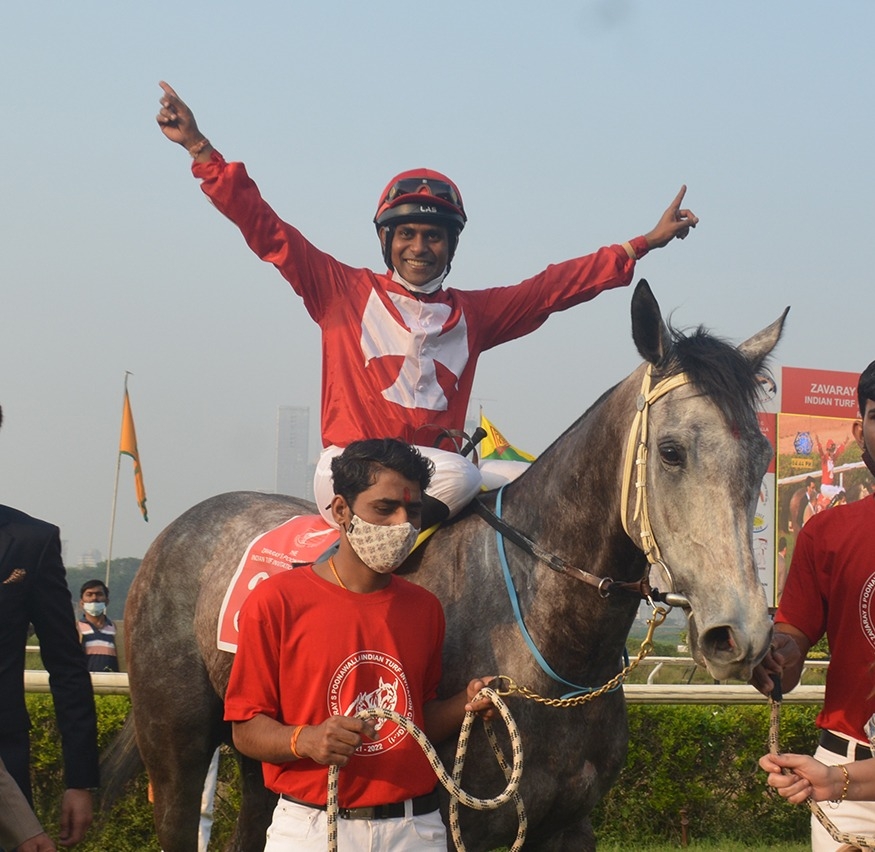 Suraj Narredu astride A Star is Born | Photo: Special arrangement

“It is good to see Suraj win many races, but at the same time each time he is astride a horse, I only pray for his safety,” says Riya, who does not want her kids to take up the profession.

Suraj is a new horizon in Indian horse racing, and regarded as the top jockeys this country has ever produced, Suraj started riding at the BARI riding school in Bangalore at the young age of 12. Since then, son of ex jockey, and current trainer, Satish Narredu and nephew of ex jockey and current trainer, Mallesh Narredu, Suraj has been exposed to horse racing since he was born.

The highlights of Suraj Narredu’s career would be when he won the McDowell's Indian Derby in record timing, with Be Safe in 2015. 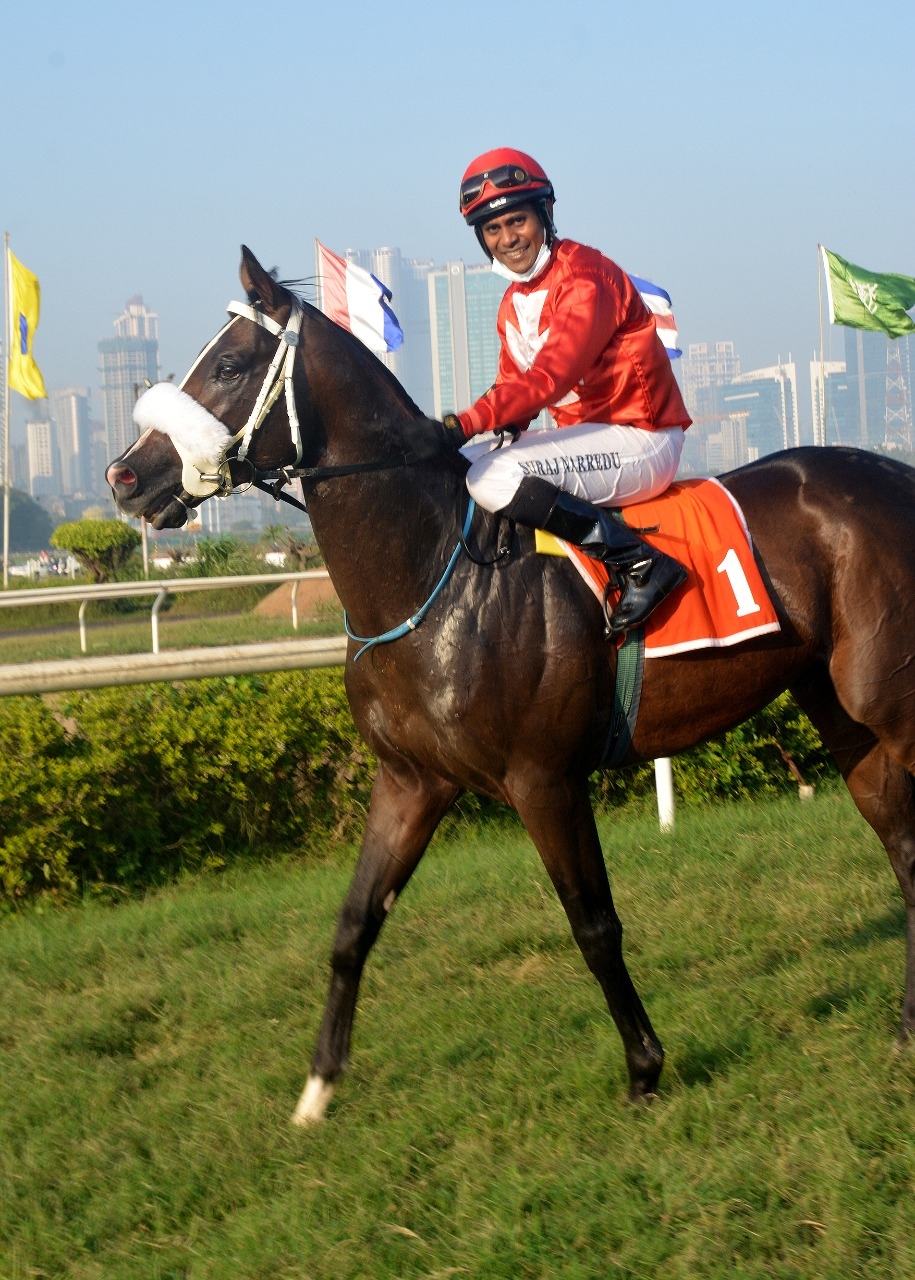 Suraj has garnered International riding experience by doing short riding stints abroad in riding centres in USA, France, Dubai and most recently, Ireland where he worked alongside world renowned professionals like Aidan O'Brien, Joseph Patrick O'Brien and John Oxx. He has won races in Macau, Malaysia and Mauritius where he won the International Jockeys Challenge in 2011. He has been making a fruitful career out of his passion.

It all started when Satish, a backbencher in school, was forced into racing by his father in early 60s. Since then, his name is making rounds in the racing circle for all good reasons.