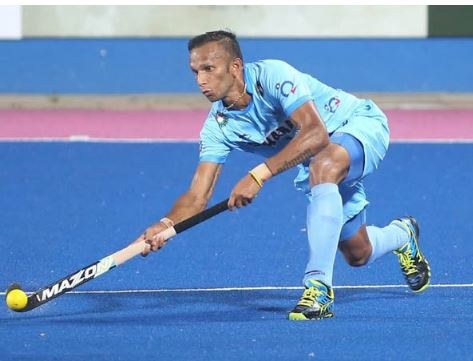 New Delhi: Veteran India men's hockey team striker SV Sunil on Friday announced his international retirement, bringing the curtains down on a 14-year-long career during which he was a part of the 2014 Asian Games gold-winning side.

The 32-year-old Sunil, hailing from Karnataka, was not a part of the team that competed in the Tokyo Olympics. Sunil, said it was time for him to make way for younger players and help to build a winning team for the future. The senior player appeared in 264 India matches, striking 72 goals.

"... time to take a break. More than 14 years after I wore India colours for the first time, I have decided to make myself unavailable for the national camp which begins next week," Sunil, who grew up playing hockey with a bamboo stick due to his family's limited resources, said in a statement on his Twitter handle.