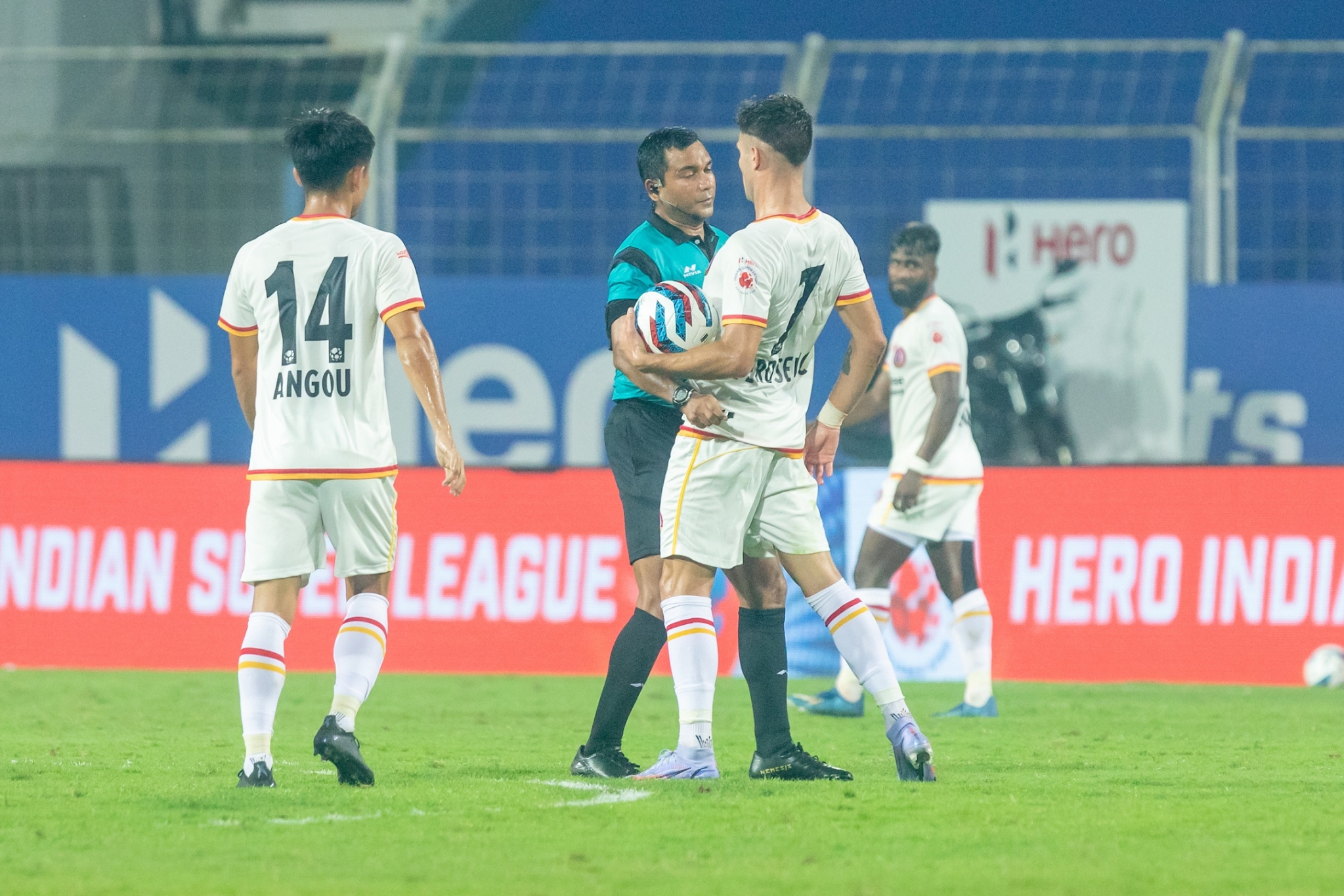 The player was show caused by the national federation's disciplinary body.

The game took place at the PJN Stadium in Fatorda.

The charge notice issued by the committee states Perosevic was "expelled for using excessive force against referee".

"Perosevic has been reported violating Article 48.1.2 of the AIFF Disciplinary Code," an ISL media release read.

He faces "sanctions for serious infringement punishable by an expulsion undertaken against Match Officials", according to Article 50 of the Code.

The player has been provided time till December 23 to submit a reply, defending his actions.Perosevic will remain ineligible for selection as he serves an automatic one-match ban in SC East Bengal's next game against Hyderabad FC on December 23