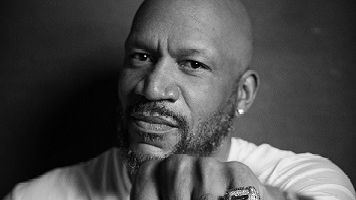 Much-celebrated sports documentary The Last Dance concluded with episodes 9 and 10 earlier this week leaving the sports-starved fans beaming with satisfaction and joy. Capturing the Chicago Bulls’ journey to their sixth NBA championship, the 10-part docu-series had fans reliving and recalling their relationship with the game and the one and only Michael Jordan, much like the celebrated fashion photographer Rohan Shrestha.

An ardent NBA fan, Shrestha had released his first coffee table book ‘Home Court’ in October 2019 in collaboration with the NBA. In an Instagram post, Rohan excitedly spoke about his initiation and connection to the sport fuelled by the Chicago Bulls of 90s.

‘‘My introduction and intrigue with basketball began with the Chicago Bulls’ ‘97 and ‘98 championships. I remember being ecstatic when they beat Utah Jazz in 97 and when they beat them again in 98 to pull-off the second three-peat, I was hooked,” Shrestha said. “I have been watching basketball ever since and from that point onwards, I developed a personal attachment to the game as I spent all day on my computer playing NBA Live 97 with Michael Jordan, Scottie Pippen, Ron Harper, Dennis Rodman, Kukoc and others.’’

“Through The Last Dance, I am reliving the memories I grew up with – the dynasty, Air Jordan, NBA culture and the influence it had on a generation,” he added.

Earlier this year, Shrestha had the opportunity to meet one of the core members of the second three-peat, Ron Harper. The five-time NBA champion was visiting India to promote basketball. The ace photographer presented a copy of Home Court to Harper, got one autographed for himself, and photographed the champion for his famous White T-shirt series.

“It was a fun conversation where he told me about his experiences of being an NBA player, playing with MJ, Pippen, and how it really felt to win a championship! He made sure he showed me his championship rings, the one I watched him, and the Bulls win in 98, surreal! I would’ve never imagined that my love for basketball would come a full circle,’’ Shrestha said on his interaction with Harper.

Along with Shrestha, fans all around the world have shared heartfelt appreciation for the never-seen content which has helped them fill up the basketball sized hole in their heart.

Sharing below are the links to the images Rohan recently put up on his social media handle: