HomeSportsReal Madrid vs Barcelona, El Clasico: When and where to watch La Liga match; Live on TV and online

Real Madrid vs Barcelona, El Clasico: When and where to watch La Liga match; Live on TV and online

Barcelona are all but out of the Champions League but the Catalan giants won't be short on motivation when they face his club Real Madrid in a much- awaited El Clasico on Sunday.

Barcelona are currently on top of the Spanish League table despite both teams having identical 22 points. Real are in second spot because of an inferior goal difference.

Real Madrid coach Carlo Ancelotti said that Barcelona have been spectacular in La Liga, despite their struggles in Europe.

"We're looking at a team that's won all their games in La Liga after drawing their first one, they have very good form in the league," Ancelotti said.

"Since the start of the competition they have done every well. They've had trouble in the Champions League, which usually happens in that competition, but in La Liga they have been spectacular." 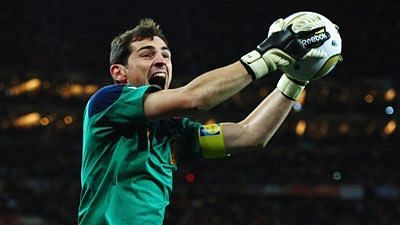