The 2019/20 Premier League ended with Liverpool lifting the trophy and three teams battling for the Champions League spot till the final day.

Liverpool secured the title with a record seven games remaining in June. The Reds ended the season with 32 wins - equalling Manchester City's record of most wins in a single season - and a point tally of 99, which is 18 points ahead of second-placed Manchester City.

With the end of this campaign, most goals, assists, passes and clean sheets feats were achieved.

The PL Golden Boot, awarded for being the leading goalscorer in the campaign, was bagged by Leicester City striker Jamie Vardy who ended the season with 23 goals to his name. Vardy is the first Leicester player to win the Premier League Golden Boot.

The Englishman is followed by Arsenal's Pierre-Emerick Aubameyang and Southampton's Danny Ings with both of the strikers finishing second after having a total tally of 22 goals. 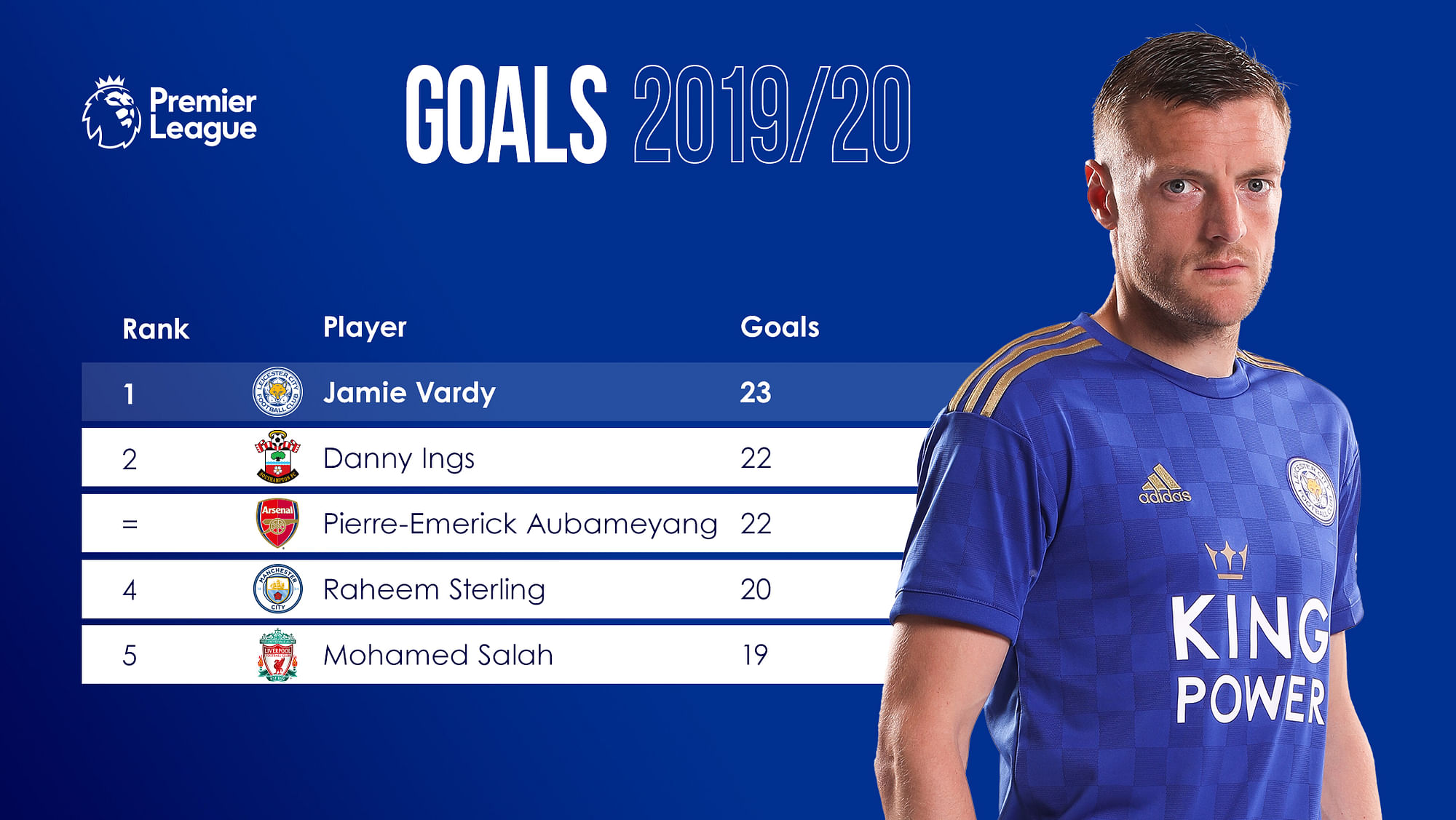 In the assists leaderboards, Manchester City's Kevin de Bruyne finished the season with 20 assists to his name. With 20 assists, the Belgian equalled Thierry Henry's Premier League record of most assists in a single season.

Also tying with Salah are Manchester City's David Silva and Tottenham Hotspur's Son Heung-Min who also have 10 assists each.

The PL Golden Glove, awarded for keeping the most clean sheets in a single season, was bagged by Manchester City's goalkeeper Ederson who ended the season with 16 clean sheets to his name.

However, Liverpool fulfilled the dream of lifting the Premier League trophy after 30 long years. Manchester United, Chelsea and Leicester City were left quarrelling over the Champions League spot till the final day.

United and Chelsea secured the spot, thereby pushing Leicester to a fifth-place finish which earns the Foxes a Europa League spot alongside sixth-placed Tottenham Hotspur and seventh-placed Wolves who now hope for Chelsea to beat Arsenal in the FA Cup final on Saturday, August 1.

Meanwhile, Bournemouth, Watford and Norwich City ended their campaign in the relegation zone with 34, 34 and 21 points respectively.