On this day: MS Dhoni announced retirement from international cricket two years ago

On this day, MS Dhoni stunned the cricketing world by announcing his retirement, on August 15, 2020.

The former India captain took to Instagram to convey his decision to his fans.

“Thanks a lot for ur love and support throughout. From 1929 hrs consider me as Retired,” Dhoni had captioned a video.

The wicketkeeper-batsman had announced his retirement from Tests in December 2014. He called time on his Test career after playing 90 Tests, in which he scored 4,876 runs at an average of 38.09. In 2017, he handed over the captaincy to Virat Kohli in the limited-overs formats.

Dhoni made his ODI debut against Bangladesh in 2004 scoring just 19 runs in the three-match series.

The World Cup-winning captain went on to play 350 ODIs with his highest score being 183 against Sri Lanka. He also remains the only captain to win all major ICC trophies and, in his career, he was referred to as Captain Cool. 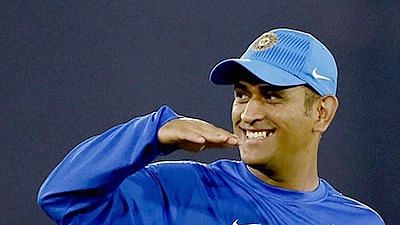