Novak Djokovic vs Nick Kyrgios, Wimbledon final: When and Where to watch in India; Live on TV and online

Top seed Novak Djokovic will look to win his first Grand Slam of the year when he faces Australian Nick Kyrgios in the Wimbledon final on Sunday, June 10.

It will be the first time Kyrgios competes in a Grand Slam final, but Djokovic knows the challenge Kyrgios will pose, with the 27-year-old leading the top seed 2-0 in their ATP Head-2-Head series.

The 35-year-old is striving to grab a seventh Wimbledon crown and 21st major title as he aims to close the gap on 22-time Grand Slam champion Rafael Nadal.

Meanwhile, the 40th-ranked Kyrgios advanced to his first title match at a major tournament after Nadal pulled out of their semi-final clash with an abdominal injury. He became the first unseeded men's finalist at Wimbledon since Mark Philippoussis, who lost to Roger Federer in 2003.

Read Also
'The will be a lot of fireworks emotionally': Novak Djokovic on playing Nick Kyrgios in Wimbledon... 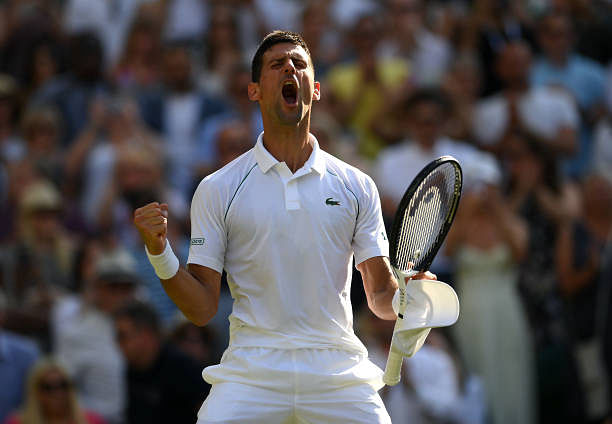 HomeSportsNovak Djokovic vs Nick Kyrgios, Wimbledon final: When and Where to watch in India; Live on TV and online