MSSA tennis set for All Love: Three courts adjacent basketball have been renovated, thanks to Tennistation 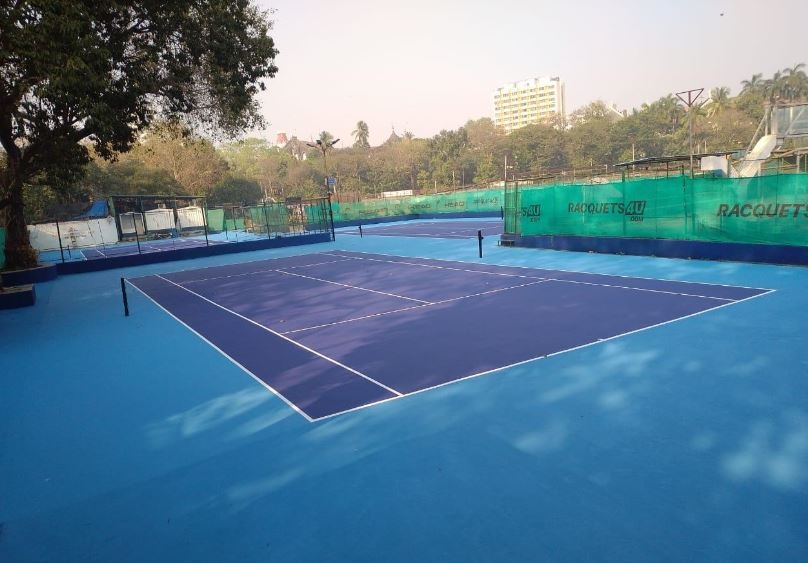 Mumbai: After getting their house in order (office), the Mumbai Schools Sports Association (MSSA) has taken a step ahead keeping in tandem with their plans for forthcoming events. The tennis courts at the Azad Maidan have been given a facelift, thanks to Tennistation.

“It gives us great pleasure in seeing the courts being renovated and are all set for the games to begin,” said Joe Monteiro the joint secretary MSSA. “It was the initiative taken by Fr Jude Rodrigues, the chairperson of MSSA,” added Monteiro.

The last renovation of the courts happened in 2014. “With pandemic coronavirus stalling all sports and many other activities, days are not far away for sports to go back to normal. And with the tennis court set for Love All, other venues will too be given a facelift before the next academic year,” said Fr Jude Rodrigues, while applauding the work done by Tennistation.

Washim Raja, founder and director of Tennistation, played a vital role in giving the courts a new look. Washim is also involved in coaching kids, and has represented the state in many national championships. He has ITF Level-II certificates, the highest level of certification given to a tennis coach.

Incidentally, MSSA is one of the oldest school sports organisation in the world, dating back to

1893 when Sir Dorabji Jamshedji Tata started the association with the help of a band of few sports-minded principals of city schools. It was initially under the banner of Bombay High School Athletic Association, and was meant only for athletics. But, today it caters to all from the age groups (even as young as under-8) and genders in all disciplines, including Indian games like kabaddi and kho-kho to name a few. There are over 400 schools and over 60,000 kids who are kept active all through the year.

There are many who have been associated with this oldest association such as Esmero Figueiredo, (secretary, MSSA), Sebastain Fernandes (treasurer, MSSA), and Lawrence Bing, a hockey enthusiast, who is grooming aspiring hockey players — a game which our country has won eight Olympic gold medals.

The 128-year-old MSSA organises and conducts tournaments in more than 19 games and disciplines of sports from the grass-root level in all the Olympic sports, including chess and cricket.

Nadim Memon, has been carrying forward the legacy of this gentleman’s game organising world-famous championships such as the Giles Shield and the Harris Shield.

The other games organised have also produced a large number of sportsmen and sportswomen who have represented our country in their respective sport at the Asian Games, Common Wealth Games, and at the Olympics.

And with COVID vaccine already in place, sports is all set to get going from the year 2021-22, as per the governments' norms to under pandemic.