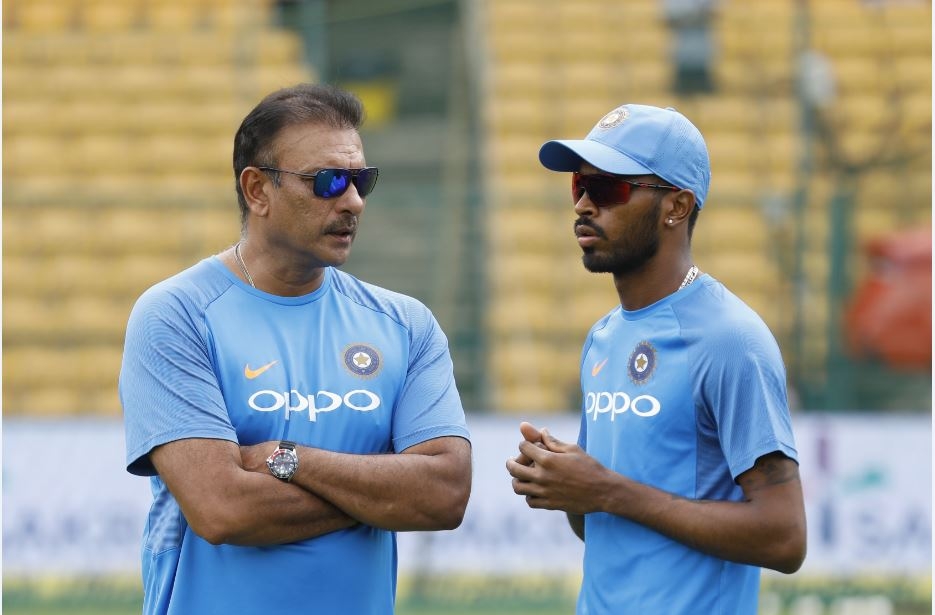 New Delhi: Ravi Shastri has said MS Dhoni is the greatest ever white-ball captain. “Just look at his record in ICC tournaments. I mean what has he not won? IPLs, Champions Leagues, all ICC tournaments, two World Cups. So there is no one close to him when it comes to white-ball cricket,” Shastri was quoted as saying.

“He has to be the greatest — King Kong — you can call him that. Because when you see Dhoni captaining a side, when you see Chennai Super Kings (CSK) on the field, there's that assurance, there's that calmness of things in control,” Shastri added.

“The other side might me whacking sixes or fours but you still get the feeling there is composure, calmness and control.”

Shastri, whose term is set to come to an end after the upcoming T20 World Cup, added that “there was no one close to Dhoni” where white-ball captaincy is concerned.

Dhoni, currently leading IPL table-toppers CSK in the UAE leg of the IPL, will join the national team as mentor for the T20 World Cup scheduled to be held in Oman and the UAE from October 17 to November 14.

Ravi Shastri isn't reading too much into Hardik Pandya's lukewarm IPL tournament so far. Calling Pandya a “confidence player”, Shastri said once the all-rounder gets into his groove, he can string together 4-5 match-winning scores, be it for his IPL franchise Mumbai Indians or the Indian team.

Though Pandya is part of India's ICC T20 World Cup squad, the BCCI has been cautious about increasing his workload ever since he returned from a back surgery last year. He has hardly been given the ball even though national selector Chetan Sharma had asserted at the time of announcing the ICC T20 World Cup squad that the all-rounder was perfectly fit to bowl in the shortest format.

“He (Hardik) is very much a confidence player and sometimes when you're not a 100 per cent, it can play on your mind so it was important from Mumbai Indians' point of view that he first go on to the park and then score the runs,” Shastri said.

“It was very important (to gradually bring Hardik to a competitive match),” added Shastri.

Before the game against DC, Hardik had said: “Aayega jaldi. Koshish poori hai (I will bowl soon. Efforts are on).”

In fact, Mumbai Indians chief coach Mahela Jayawardene too said on Friday that the team will not rush Hardik into bowling in the ongoing IPL 2021 as he could “struggle” if pushed too hard. He also said that the possibility of Pandya bowling in the IPL will be evaluated on a daily basis.

“He hasn't bowled since Sri Lanka for a longer period of time and obviously had another niggle. We managed to get him through that process. I think what we are trying to do is what's best for Hardik going forward. But we will be talking to the management, the Indian team management, and everyone else and make sure that sooner he feels comfortable, we will get him into his bowling programme and prepare him,” Jayawardene said.