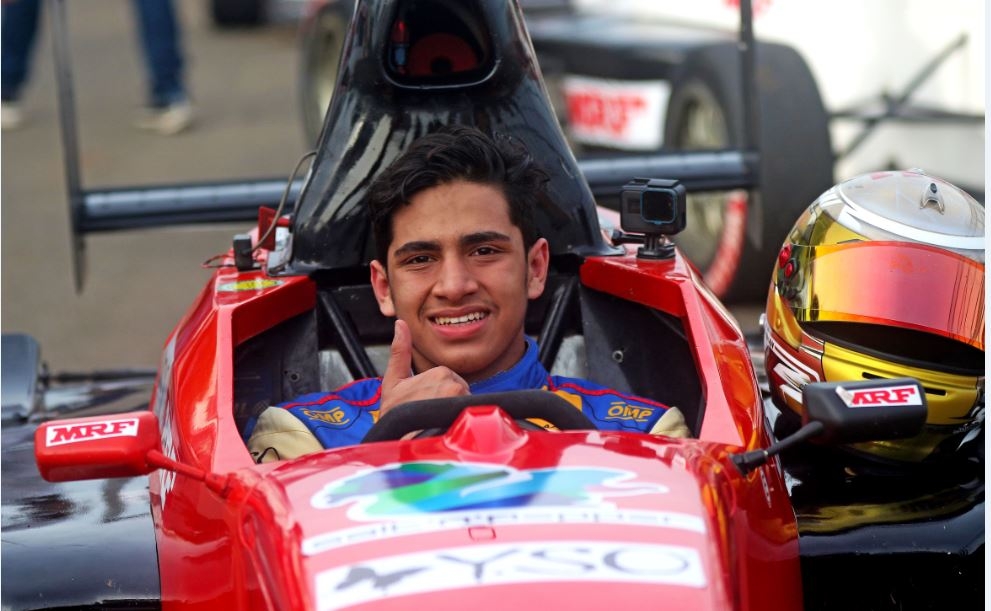 Chennai: On an incident-filled day, 17-year old Shahan Ali Mohsin from Agra notched a fine double in the MRF Formula1600 category that headlined the first round of the MRF MMSC fmsci Indian National Car Racing Championship 2021 which concluded at the MMRT, here on Sunday.

The day’s first race for MRF F1600, was run on grooved tyres as a precaution on a drying track with a few wet spots following overnight rains. Suriya Varathan won comfortably after starting from P3, but in the next outing, it was Shahan Ali Mohsin, a multiple National karting champion with an Asian title to boot, who took the chequered flag from a P2 start (reverse grid) with a command performance. Shahan went on to dominate Race-3, again starting from P2 for a well-deserved double.

“In the morning’s first race, I started from pole position, but lost positions due to overheating clutch. It was tough outing. In the next two races, both of which I started from P2, it was fairly comfortable,” said Shahan.

The Saloon Cars double-header produced more than its share of drama with Coimbatore’s Arjun Balu (Race Concepts) winning the first race in the Indian Touring Cars class with plenty to spare ahead of Rayo Racing pair of Anindith Reddy and Jeet Jhabakh, both from Hyderabad. In the next outing, Reddy, starting from pole in the reverse grid, stayed in front through the 10-lap race, surviving a contact with Balu who went off the track and rejoined and finished third behind Jhabakh. The race was yellow-flagged following an incident on the start-finish straight.

In the Super Stock class, 34-year old Deepak Ravikumar (Performance Racing), the busiest competitor this weekend, participating in three different categories, completed a grand double while Charan Chandran, a private entrant from Coimbatore, and Bengaluru’s Varun Anekar (Race Concepts) shared the honours in the Indian Junior Touring Cars class. Anekar had actually won the first race, but was disqualified following a post-race scrutiny on a technical infringement pushing Chandran to the top step of the podium, but the Bengalurean shrugged off the disappointment by easily winning the second race.