Missing! The bark of Barca; Atlético Madrid's Suárez and Lemar add more misery to Barcelona with a goal each 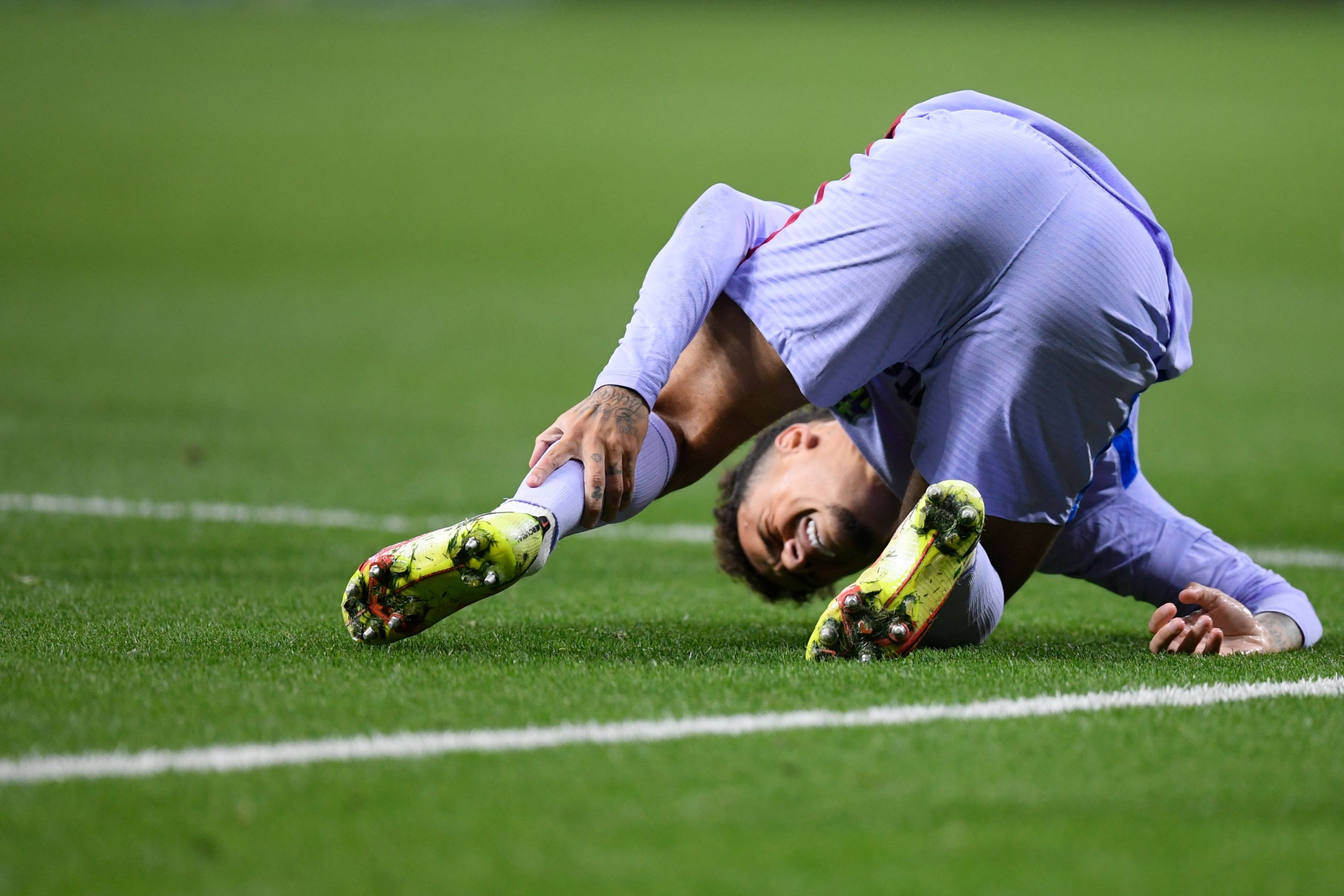 Luis Suárez and Thomas Lemar set up goals for each other, and only the apparent desire by Simeone to let Barcelona flounder instead of going all out on attack saved Koeman's side from a heavier loss.

Fortunately for Koeman, Barcelona's defeat came hours after club president Joan Laporta broke his silence and pledged that Koeman would stay on regardless of the result at the defending champions.

His defense of Koeman came after two days of silence while Spanish media reported that Laporta was ready to fire the Dutch manager after Barcelona lost its first two Champions League games.

Koeman watched his team's latest demise from a box in the Wanda Metropolitano stands, where he served the second of a two-game ban for protesting the refereeing in a draw at Cádiz.

The first goal by Lemar caused Koeman to throw up his hands. After Suárez's second, he could only rub his eyes before he picked up his phone to presumably give more orders to assistant Alfred Schreuder in the dugout.

Schreuder made substitutes and shuffled the formation in the second half, but Diego Simeone's experienced team had no trouble locking down the three points.

There was no last push by Barcelona, no Messi-like revival to turn around a game that looked lost.

Atlético moved into second place, level on points with leader Real Madrid, which plays at Espanyol on Sunday.

Barcelona is in ninth place, and five points behind the top two. Koeman's side has only won three of nine matches in all competitions this season, its first without Messi in nearly two decades.

Barcelona's long stretches of possession were only a mirage of control. Another lost ball left Barcelona completely off-balance and Pique at the mercy of Lemar and Suárez.