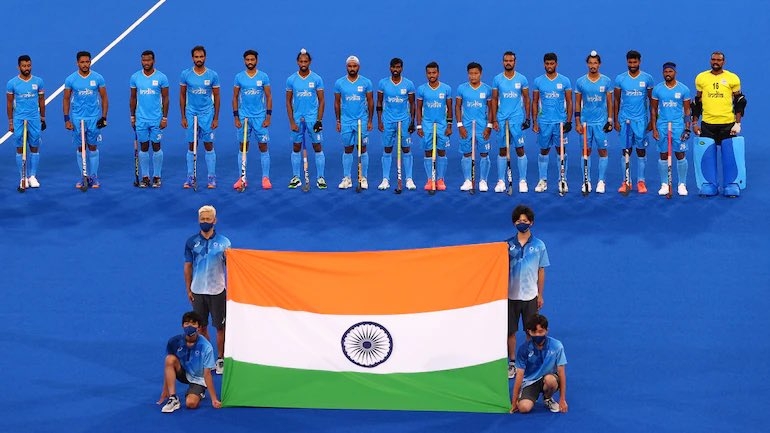 India go down fighting 5-2 against Belgium in the first semi-final of the ongoing Tokyo Olympics here at Oi Hockey Stadium North Pitch on Tuesday.

Belgium will now face the winner of the second semi-final between Australia and Germany in the gold medal match on Thursday.

On the other hand, India will lock horns in the bronze medal match on Thursday with the loser of the game Australia and Germany.

Although the score-line suggests an overwhelming win for the World champions, it was anything but easy.

Both sides went into the final quarter of the match levelled at 2-2 but a flurry of penalty corners and a penalty stroke helped Belgium take a 2-goal advantage early in the 4th quarter. A green card to Manpreet Singh (2-minute suspension) did not help India’s cause either. India played a final few minutes of the quarter without their goalkeeper P Sreejesh and substituted him with another attacking option. Belgium once again made the most of it and struck an easy goal in final seconds.

With this loss, India will still have a shot at Bronze medal.

Alexander Hendrix scored a brilliant hattrick (his 3rd at this Olympics) to prove this Belgium side still remains the best in business despite being called an aging side.

In the first quarter, India led 2-1 with quality counter-attacks. Mandeep Singh struck a goal in 9th minute to give India the lead before Harmanpreet equalised for India from the second penalty corner. It was also Harmanpreet's fifth goal in Tokyo Olympic Games.

Earlier, Belgium converted a penalty corner through Loick Luypert in the very 2nd minute of the match to go 1-0 up.