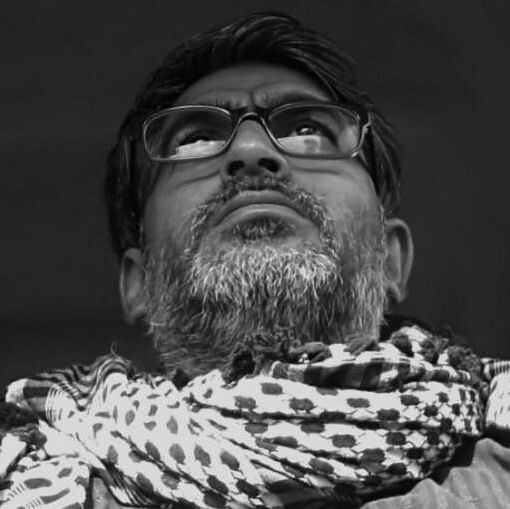 After spending 16 years in office as president of Mumbai Schools Sports Association (MSSA) Fr Jude Rodrigues has finally found a worthy opponent. Hockey Secretary Lawrence Bing, who resigned from his post last month, has stood up as a candidate against Fr Rodrigues in the MSSA scheduled for July.

Lawrence, who turned out to be the most active of all other sports secretaries, managed to keep his sport (hockey) alive even when people were confined to their homes during the Covid-19 lockdown.

Through his innovative ideas he organised hockey webinars, talks shows, drawing competitions, skill competitions. So much so that one of the video entries sent by a school-sport athlete was picked up by the Olympic Channel and was showcased globally as part of build-up to Tokyo 2020 Olympics.

Lawrence has now decided to contest the MSSA elections and formed the Progressive Panel as a part of his efforts to improve the body in all departments. He says, “there’s a lot that can be done.”

In an interview with Free Press Journal, Lawrence opens up on variety of issues that MSSA faces and how he plans to change it.

Why have you decided to contest the MSSA elections for president’s post?

During my experience as a Hockey Secretary, I observed that the president wants to dictatorially controls the entire managing committee, barring football, despite facing innumerable negative feedbacks from various stakeholders like schools/coaches, media, etc. He also imposes decisions on few MC members without prior discussion in the MC meetings.

MSSA as sports body has never progressed. Lack of proper facilities for conducting various sports tournaments. In fact, for the last 15 years it has only promised an artificial surface with no concrete plans for developing the same.

It lacks transparency and governance.

What have you learnt during your tenure at the MSSA?

How to prepare to over-come obstacles. This comes naturally to me. I have always been a ‘go-getter’. Despite challenges, as a Hockey Secretary, I have ensured that tournaments are conducted smoothly to the satisfaction of students/coaches participating in tournaments.

What changes are you looking to bring about in school sports?

We have identified several areas and many of these would be part of election manifesto keeping the stakeholers interest in mind - which is member schools, students, coaches & the association.

What is the first thing you will do if you elected as MSSA president?

As a panel, we feel that our MSSA staff issues/concerns needs to be addressed on war-footing and get a resolution to their decade old fight with the existing president who has liberty to speak for coaches and teachers and invite them for suggestions. We will be getting medical policy for teachers.

What made you quit as Hockey Secretary?

I was like a toothless tiger in a cage with only responsibility but no authority. The high-handedness shown to me in executing my role and responsibilities as a Hockey Secretary, obstacles were created which were completely unethical, unprofessional and uncalled for, making it very difficult for me to function in a desired manner.

Why were you unhappy with at the association?

The lack of transparency and governance in the managing committee and also the dormancy of several members who were part of the so-called 'A Team' or preferred team of the president.

What kind of response you are receiving as a candidate?

The response has been very overwhelming and encouraging, which has given me and my panel a renewed vigour and motivation to transform MSSA as a leading body in school sports which all member schools will take pride in associating with us. This time we have secret voters.

Will you be forming your panel? And will the panel contest for every post?

with strong knowledge of sports and administration with the foremost intent/objective to ethically bring professional transformation in ensuring governance, create collaborations, empower and transparency to recreate 'Brand MSSA'.

Are you expecting free and fair elections in July?

This is the last thing one is desired to expect but we are ready for all the challenges which we have already factored in our planning process.

All day schools whether SSC school, BMC schools or international school, who are members should have voting rights as per MSSA constitution. Interview: MSSA elections will be held in July this year, says its president Fr Jude Rodrigues