Shafali Verma made a quickfire 47 while Deepti Sharma bagged phenomenal figures of 3-7 as India defeated Thailand by 74 runs to enter the final of Women's Asia Cup at the Sylhet International Cricket Stadium on Thursday.

After India posted 148/6 in their 20 overs on a sluggish pitch, their bowlers produced another stunning show to restrict Thailand to 74/9 in their 20 overs. India will now await the winner of the second semi-final between Pakistan and Sri Lanka, to be held later in the afternoon, to see who they come up against in the title clash on Saturday.

Pushed into batting first, Shafali got going with a brace of boundaries via sweep and loft in the first three overs. After Shafali got a reprieve as the cover fielder co'ldn't take the catch, Smriti Mandhana sweetly punched a backfoot drive through cover to make it third boundary in the third over.

Shafali then took on Chanida Sutthiruang, by striking successive fours off her deliveries through mid-on. The opening partnership ended on 38 when Smriti hit a full toss straight to mid-on off Phannita Maya. Shafali marched on to swipe through mid-wicket for four and smacked Thipatcha Putthawong for a huge six over long-on.

Shafali's 28-ball knock ended when she was caught by a sharp silly mid-on off Sornnarin Tippoch in the tenth over. Jemimah Rodrigues and captain Harmanpreet Kaur joined forces to hit five boundaries in the next three overs before the former was beaten in flight and holed out to long-on in the 14th over.

Harmanpreet hung around to hit back-to-back fours through the gap in off-side before holing out to deep mid-wicket in the 18th over as Thailand made a good comeback in the last five overs, conceding 31 runs and taking three wickets, including of Richa Ghosh and Deepti Sharma, to keep India to 148/6.

In defence of the total, India had Thailand in check from the word go thanks to Deepti. Though Shafali put down a catch of Natthakan Chantham in the third over, she made up for it by taking the catch of Nannapat Koncharoenkai at square leg two balls later to give Deepti her first scalp of the match.

Deepti went on to take out Natthakan and Sornnarin in her next two overs to break the back of Thailand's chase and effectively seal the match in India's favour with her 3/7, which also had 21 dot balls.

Though Nattaya and skipper Naruemol added 42 runs for the fifth wicket, it was too little too late for Thailand as India picked three more wickets in the last three overs to storm into the final of the Women's Asia Cup for the eighth straight time.

Shafali Verma shares how the pitch and the conditions helped her continue the hot run of form she is on. She is all smiles as her hard work paid off in helping Team India 🇮🇳 to the finals of the #WomensAsiaCup2022. 🏆@TheShafaliVerma @BCCIWomen #INDvTHAI #AsianCricketCouncil pic.twitter.com/ZHNFR7ObyM 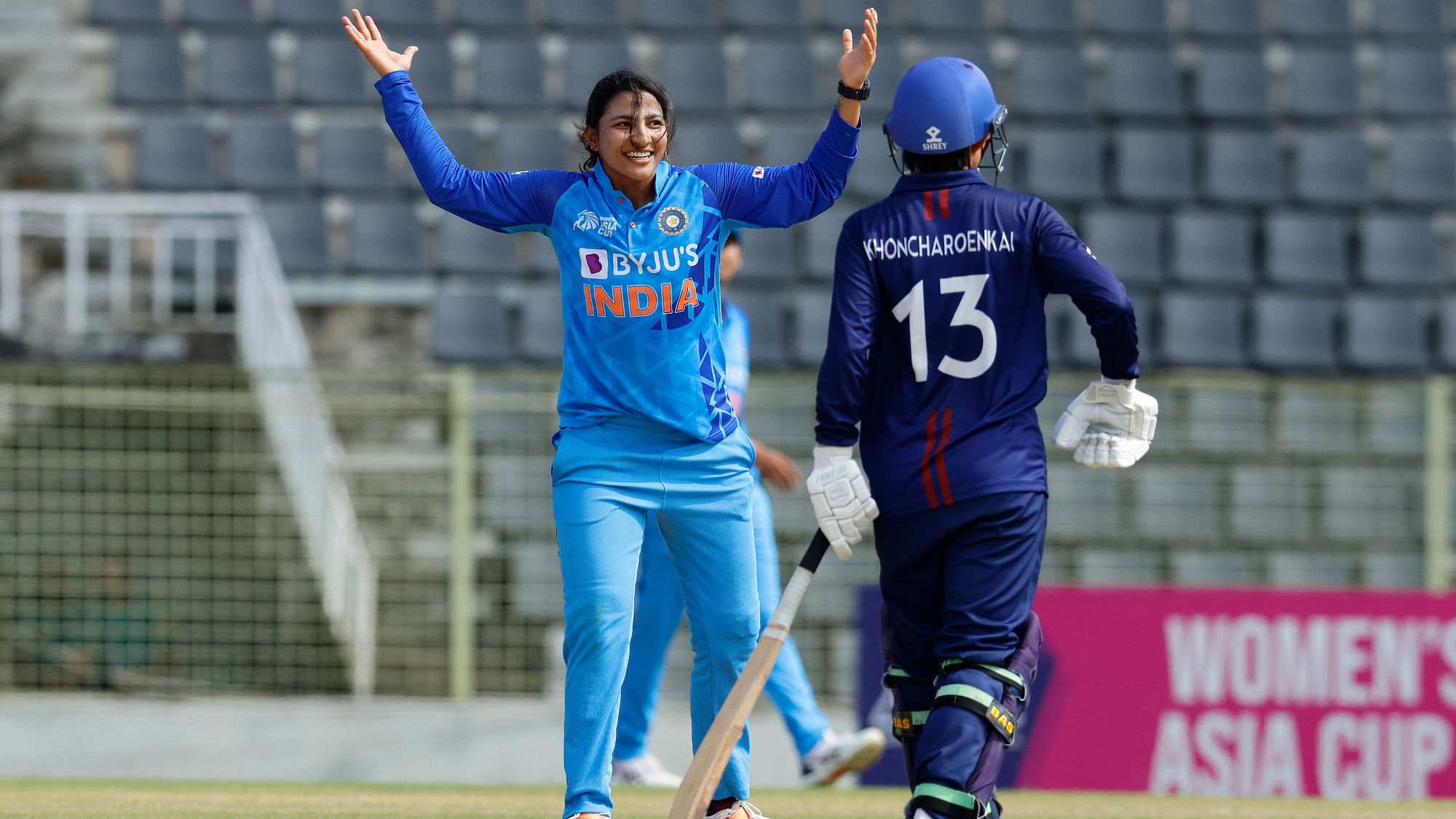