I used to like him as an actor but this was not nice: Saina Nehwal on actor Siddharth's remark 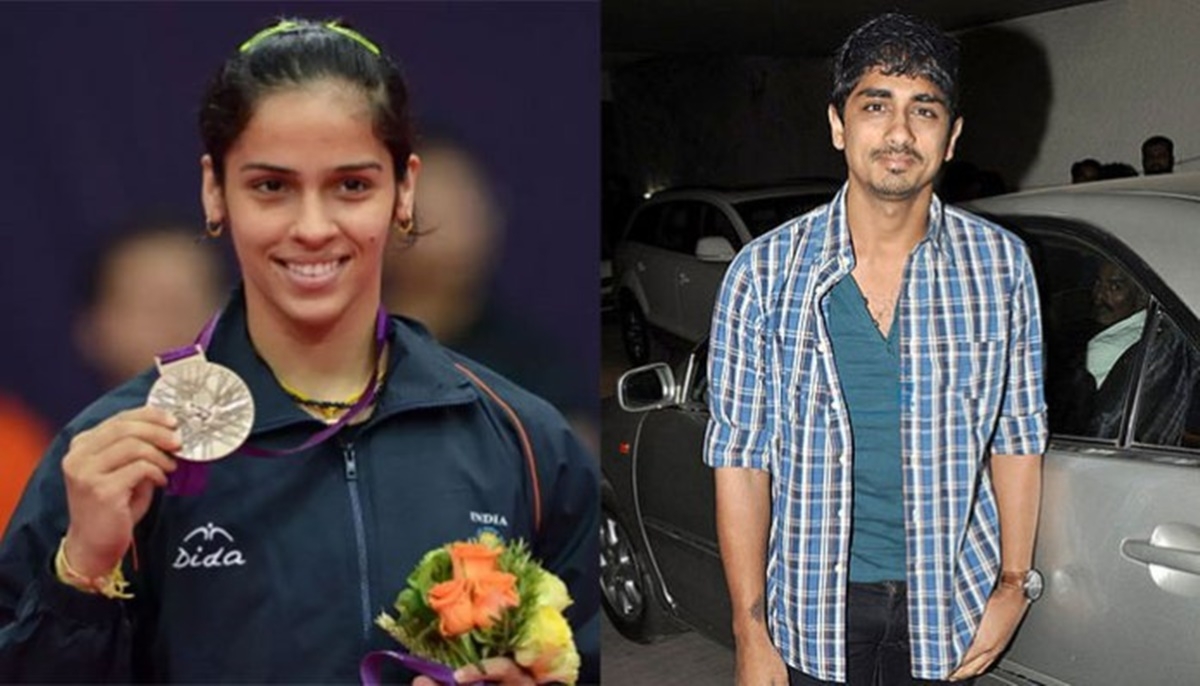 Ace badminton player Saina Nehwal on Monday responded to the comments made on her by actor Siddharth.

Saina Nehwal said that it was "not nice" to see actor Siddharth's unsavoury remark after she expressed concerns on Prime Minister Narendra Modi's recent security breach and he could have used "better words" to comment on the matter.

"I’m not sure what he meant... I used to like him as an actor but this was not nice. He can express himself with better words but I guess it’s Twitter and you remain noticed with such words and comments. If the security of the PM of India is an issue, then I’m not sure what is secure in the country," she said while talking to India Today.

Siddharth's reply to the Olympic bronze medallist's tweet on PM Modi's security breach has attracted much flak, with the National Commission for Women (NCW) asking Twitter India to "immediately" block the actor's account.

Raising concerns over the Prime Minister's convoy being stopped for 15-20 minutes on a flyover in Punjab's Bathinda as the road was blocked by protesting farmers, the ace badminton player had tweeted: "No nation can claim itself to be safe if the security of its own PM gets compromised. I condemn, in the strongest words possible, the cowardly attack on PM Modi by anarchists."

Retweeting her post, Siddharth wrote, "Subtle cock champion of the world... Thank God we have protectors of India. Folded hands. Shame on you Rihanna." The NCW in a statement today said that the comment by the actor was "misogynist and outrageous to the modesty of a woman amounting to disrespect and insult to the dignity of women on social media platforms."

The actor also responded that he did not mean to disrespect anyone and his "subtle cock" tweet contained no kind of insinuation. "Cock and bull. That's the reference. Reading otherwise is unfair and leading. Nothing disrespectful was intended, said or insinuated. Period," he tweeted.