Former electoral officer in the Bihar government, Ajay Nayak has been appointed as the returning officer for the Hockey India elections, to be conducted by October 9.

The appointment was made during a meeting held between the International Hockey Federation (FIH) and the Committee of Administrators (CoA) running the sport in the country currently.

AK Majumdar has been appointed as the assistant returning officer.

"They will be assuming their positions with immediate effect," the national federation said in a statement.

The two-member FIH delegation was in the national capital to discuss the way forward and avert a possible suspension of Hockey India, currently placed under the CoA on the directive of the Delhi High Court.

The FIH categorically stated that it "does not consider the court as third party", ruling out the possibility of a ban with only months left for the men's World Cup, to be held in Bhubaneswar and Rourkela from January 13 to 29. 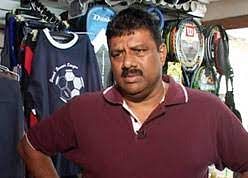