The young Indian hockey team dished out some impressive and fast-paced hockey in a Super 4s match against South Korea but an outright victory eluded them as a 4-4 draw pushed them out of the Asia Cup title race, on Tuesday.

Malaysia's 5-0 win over Japan early in the day meant that an outright win became a pre-requisite for India to qualify for the summit clash.

Korea will now take on Malaysia in the final on Wednesday, while India will play Japan in the third-fourth place classification match.

It was a midfield slugfest between the two sides as both India and Korea tried to take upper hand in the first quarter.

India secured a penalty corner in the second minute but Nilam Sanjeep Xess' effort was saved by the Korean goalkeeper Jaehyeon Kim.

But in the ninth minute Nilam scored with a low flick to the right bottom corner of the Korean net past Kim from India's second penalty corner.

Two minutes from the first quarter, India conceded a penalty corner and Jang Jonghyun was bang on target to draw level for Korea.

Korea made it 2-1 five minutes later when Ji Woo Cheon chose his spot after being fed by Jungjun Lee following a defensive lapse from Pawan Rajbhar inside his own circle.

Korea secured another penalty corner but this time the Indians defended well to deny Jang.

Two minutes from halftime, Kim JungHoo equalised for Korea through a fine field goal from an acute angle as both the teams went into the breather locked 3-3.

India went all out and restored their lead in the 37th minute through an unmarked Shakthivel Mareeswaran, who tapped in a cross from Sheshe Gowda from the right flank.

In the 42 minute Uttam Singh missed a sitter when he failed to connect to Rajkumar's cross standing in front of open goal.

Just 27 second from the final hooter, Karthi Selvam came close to handing India the winner but Korean goalkeeper Kim Jaehyeon made double save to deny the title holders last-gasp winner. 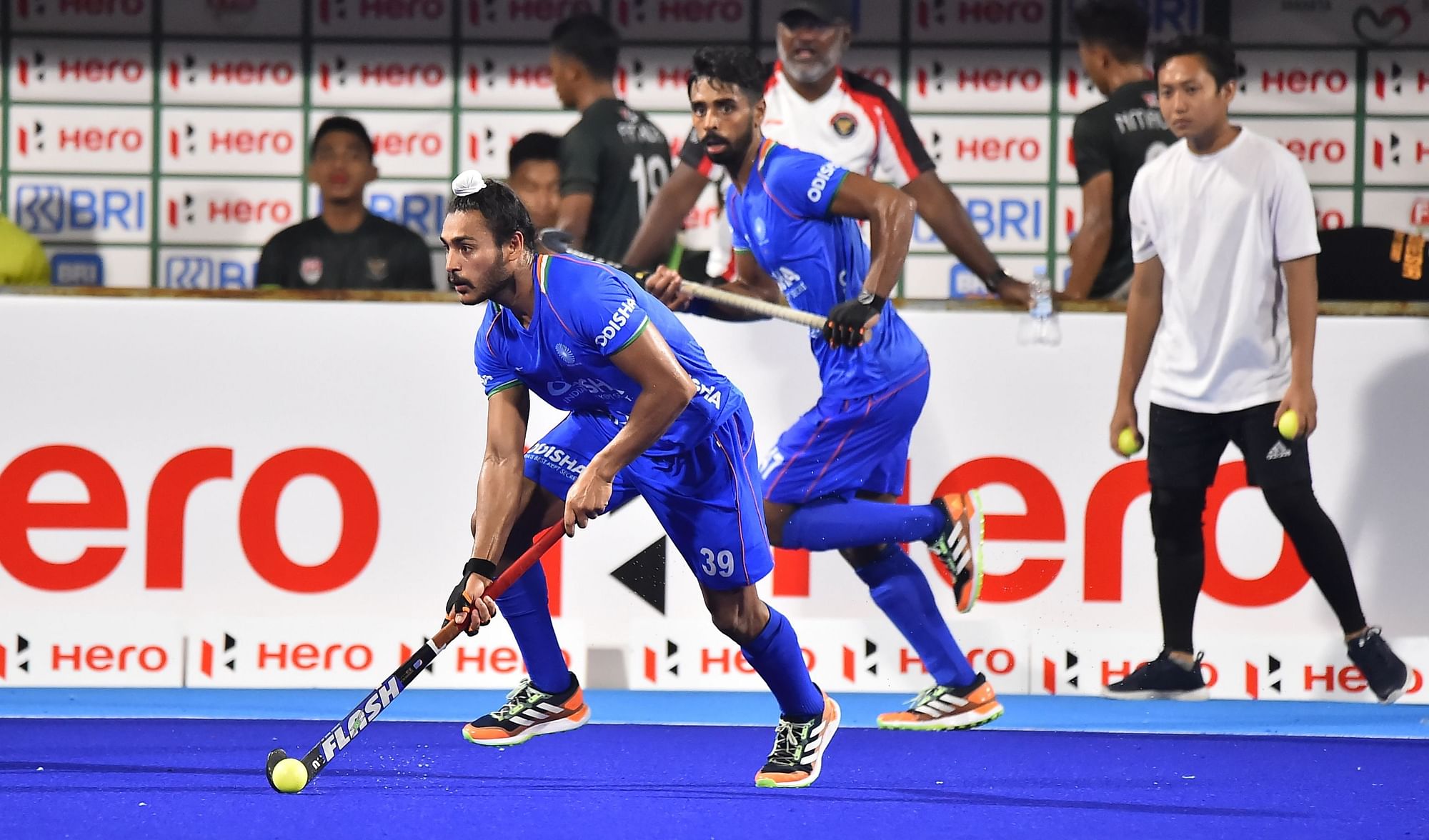